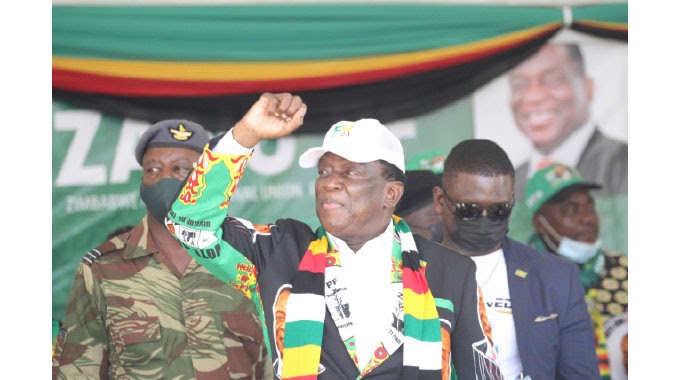 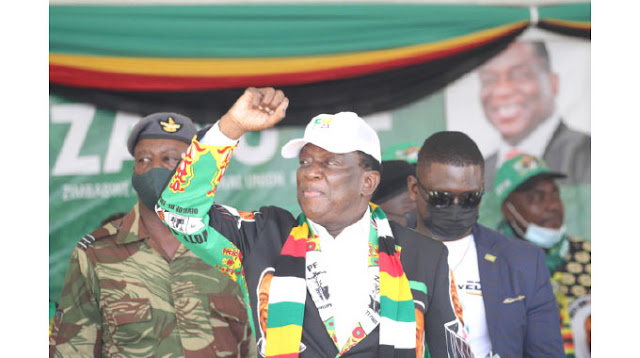 PRESIDENT Mnangagwa said constitutional provisions have
been made to allocate 10 proportional seats for young people since they
constitute the majority of the country’s population.

This follows the constitutional amendments proposed by the
Government that will culminate in the scrapping of the concept of running mates
in Presidential elections and the extension of the women’s quota system by
another 10 years after the 2023 elections.

Addressing multitudes of Zanu-PF supporters during a
Presidential Star Rally at Mbizo Stadium in Kwekwe ahead of the March 26
National Assembly and local authorities by-elections yesterday, President
Mnangagwa said the youths were the future of the country.

“As Zanu-PF, we want
our children, the youths to know how the country is governed and so have
created 10 extra seats for the youths in Parliament.

We have created 10 extra seats so that they are in
Parliament,” said President Mnangagwa amid cheers and ululations from party
supporters.

He said he was called for a workshop in Victoria Falls by
the Minister of Local Government and Public Works, Cde July Moyo who told him
that women wanted their representation quota in local authorities increased as
well.

“So the women stood and said there were few of them in
local authorities. I said to them, so vote for women councillors. But they
argued that in Parliament we have more women quotas and asked why they didn’t
have such a privilege in local authorities.

So we agreed that each council will reserve 30 percent
quota for women. So you can see how focused the Second Republic is. This Second
Republic is a Zanu-PF Government,” said President Mnangagwa.

President Mnangagwa said the Second Republic was being led
by a focused and listening party that was pushing people oriented programmes.

The future of the country are the youths. So as the Second
Republic we value the girl child, we value all the youths.

We have the Women’s Empowerment Bank for women. We are
working on making a better future for the women and the youths,” he said.

President Mnangagwa said Zanu-PF cherishes peace, love and
unity for the development of the country.

“We are averse, we are against violence. Our DNA is peace
and love and unity, we are not like those (opposition) who are saying that if
they lose the 2023 Presidential election, they will resort to violence.

Added the President, “I heard one called (Tendai Biti)
saying that when they get into power, they will reverse the successes of the
land reform by giving back the land to white people.

If you are his relative go and advise him to brew beer so
that the evil spirits that has visited him depart. The soil we have taken and
we will never return it.”

President Mnangagwa said in spite of  empty threats by the opposition leader,
Zanu-PF will continue to focus on building the nation brick upon brick and
stone upon stone.

“So we are here to talk and encourage each other to go and
vote for Zanu-PF candidates in the National Assembly and council by-elections.

You tell those at home that I said voting is not a
difficult task.

“For us to protect our legacy as a liberation party, let’s
go and vote for Zanu-PF. It is the only party that keeps and maintains the
people’s legacy,” he said.

President Mnangagwa explained that the Second Republic had
raised US$460 million for the revival of Ziscosteel, adding that Kwekwe and
Redcliff will also be revived for the benefit of locals and the country at
large. Sunday Mail