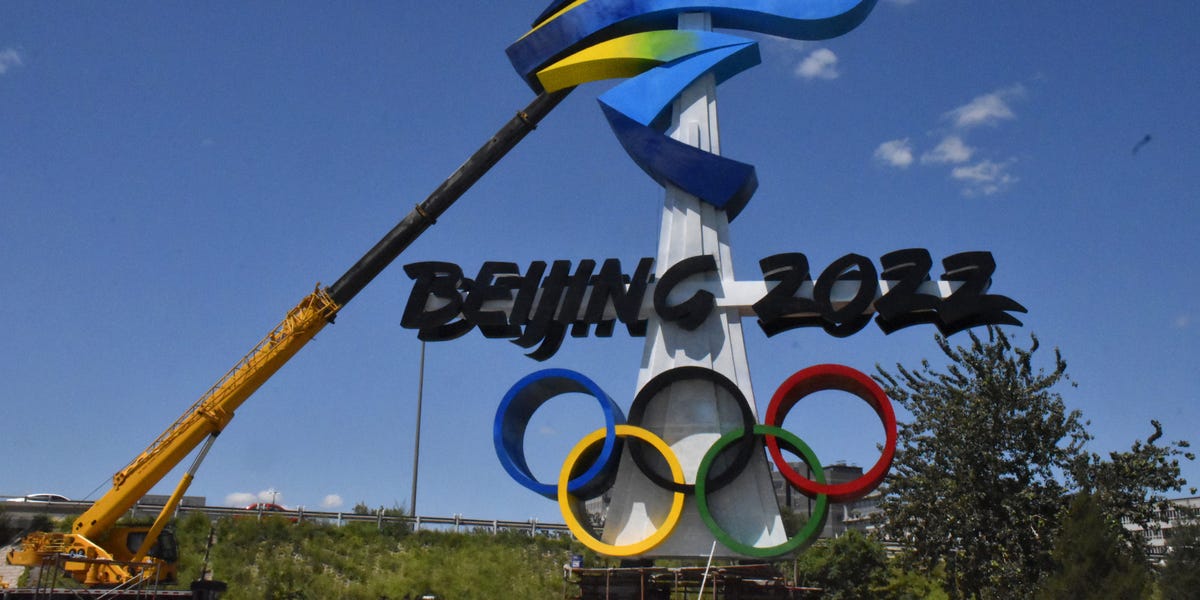 Welcome back to 10 Things in Politics. Sign up here to receive this newsletter. Plus, download Insider’s app for news on the go — click here for iOS and here for Android. Send tips to [email protected].

Here’s what we’re talking about:

1. FROM THE WHITE HOUSE: President Joe Biden won’t be cheering Team USA on in Beijing. In 2008, President George W. Bush traveled to China’s capital, the first time a sitting US president attended the Olympic Games abroad, but relations between the world’s two largest economies have cratered in recent years. Now, the US is staging a full diplomatic boycott of the Winter Games that begin in February.

Here’s where things stand as China approaches another moment on the world stage:

This is about China’s human-rights record: “US diplomatic or official representation would treat these games as business as usual in the face of the PRC’s egregious human-rights abuses and atrocities in Xinjiang — and we simply can’t do that,” the White House press secretary, Jen Psaki, told reporters. She is referring to the Chinese Communist Party’s repression of Uyghur Muslims, which human-rights groups have called crimes against humanity.

China and the US continue to be at loggerheads: Before the White House formally announced its decision, the Foreign Ministry spokesman Zhao Lijian vowed that Beijing would take “resolute countermeasures.” So far, no other nation has explicitly joined the diplomatic boycott. New Zealand is not sending government officials, but Reuters reports their absence is mainly because of the COVID-19 pandemic. Japan, Australia, and some European countries are all mulling boycotts.

2. A national school-board group is reeling after a controversial letter: Twenty-seven states have distanced themselves from the National School Boards Association since the association sent a September letter to Biden asking federal officials to step in against threats against school-board members that the national group compared to “a form of domestic terrorism and hate crimes.” The NSBA has since apologized for the letter. Republicans, hoping to be viewed as the party of parents in the midterm elections, have seized on the controversy, especially the Justice Department’s swift response to the letter. Read more about how the school-board group launched itself into a culture war.

3. Biden is set to tell Putin he’ll pay a steep price if Russia invades Ukraine: Biden is expected to warn Russian President Vladimir Putin later today that the West may move to cut Russia off from the global financial system and sanction Putin’s close allies if an invasion occurs, The New York Times reports. Some Biden advisors are skeptical the president can persuade Putin not to try to further destabilize Ukraine, which has already been bombarded with Moscow’s tool chest of disinformation, cyberattacks, and military escalation. More on what’s expected to come from a closely watched call between the two world leaders.

4. New York City is imposing a sweeping vaccine mandate: Mayor Bill de Blasio announced that all private-sector employees who work in person would need to be vaccinated by December 27, which would be the most stringent local mandate in the US. De Blasio made the announcement with his term winding down; its enforcement is scheduled to kick in just five days before he’s set to leave office, prompting speculation that Mayor-elect Eric Adams may nix it once he’s sworn in. More on the mandate that “blindsided” local business leaders.

5. DOJ says Texas’ new voting maps discriminate against Black and Latino voters: Attorney General Merrick Garland said the Department of Justice found that Republican-backed plans “deny Black and Latino voters an equal opportunity to participate in the voting process and to elect representatives of their choice in violation of the Voting Rights Act.” This is the Biden administration’s first major redistricting case. Texas’ attorney general, Ken Paxton, called the suit “absurd.” More on the case.

6. Justice Department ends its renewed investigation into Emmett Till’s murder: The DOJ said there “remains considerable doubt” about whether Carolyn Bryant Donham, the woman who told the FBI that Till grabbed her and made sexually suggestive remarks, was truthful with agents, the Associated Press reports. Till’s lynching became a seminal moment in the US civil-rights movement, and no one has ever been convicted over it. The two white men who were tried later admitted after their acquittals to killing the Black teenager. They died long ago. Officials reopened the case after a 2017 book quoted Donham, whose encounter led to Till’s death, saying she lied to the FBI. “For 66 years we have suffered pain,” the Rev. Wheeler Parker Jr., Till’s cousin, told reporters in Chicago.

7. Rep. Devin Nunes is leaving Congress to help Trump: Nunes, who rose to fame as the House Intelligence chairman and is in line for another powerful post, is said to be leaving the Hill to run former President Donald Trump’s new social-media company. The California Republican, per The San Joaquin Valley Sun, plans to step down from his position at the end of the year. More on Nunes’ rise and his relationship with Trump.

8. Democrats still want Biden’s spending plan to pass by Christmas: Senate Majority Leader Chuck Schumer cited the looming expiration of the expanded monthly child tax credit as one of the reasons Senate Democrats should stick by his ambitious timeline. Sen. Joe Manchin of West Virginia, one of the chamber’s key swing votes, still has not signaled his support of the massive $2 trillion proposal. An estimated 9 million kids could slip into poverty if Congress fails to step in.

9. Elon Musk unloads on Biden’s spending plan: The Tesla CEO told The Journal that his recommendation was to just “can this whole bill.” Musk specifically targeted a provision that would authorize a tax credit if Americans bought an electric vehicle assembled by unionized workers with batteries constructed in the US. More on his reaction.

10. How to get lost in New York just like Kevin McCallister: New York City is one of the most popular settings of holiday films and TV shows. Insider’s Gabbi Shaw ventured out to some of the city’s locations immortalized in classics like “Miracle on 34th Street” and their more modern counterparts like “Elf.” See how you can take on the Big Apple just like one of your favorite Christmas classics.

Today’s trivia question: In which year was the first Olympic boycott? Email your answer and a suggested question to me at [email protected].