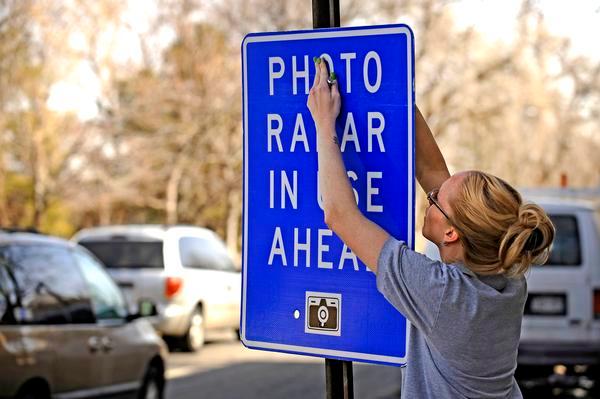 Denver officials seem determined to transform thousands of residents, including me, into routine, even daily, lawbreakers. They are poised to reduce the speed limit on residential streets from 25 miles per hour to 20, with the primary goal of public safety.

What’s wrong with that? On some residential streets, nothing. In neighborhoods like Capitol Hill or the Highlands, for example, there are plenty of streets whose width, parking patterns and other features demand special caution from motorists and correspondingly low speeds. But there are also many neighborhoods — mine, for example — where driving 20 mph feels artificially slow because the streets are wide, generally uncrowded and on-street parking sparse.

On such streets, I’ve found maintaining a speed of 20 or lower can actually be a distraction if you’re glancing repeatedly at the speedometer in order to comply. Councilman Kevin Flynn apparently had a similar experience. He said at the committee meeting that he found it “very difficult” to maintain 20 “given the way our roads are constructed” and that he seemed to be looking more at his speedometer than the road.

Even the measure’s sponsor, Councilman Paul Kashmann, acknowledged that 20 will be “challenging.”  But in pushing the change, he cites three reasons.

First, Denver’s accident death toll has been rising despite its official “Vision Zero” goal of eliminating traffic deaths and serious injuries by 2030 (a noble target as hopeless as former Mayor John Hickenlooper’s 2005 goal of ending homelessness in 10 years but never mind). The death toll on city streets hit 77 at the beginning of December, a record pace. And of course, the risk of injury and death from an accident rises along with the speed of the vehicle.

Second, Kashmann notes that when police monitor speeds, they discover most people drive at or not much above the posted limit. So he concludes that when residents complain about speeding cars in neighborhoods, they are actually upset with the current limit of 25 mph. “People aren’t real comfortable with the existing speed limit. It feels too fast for them,” he said.

And finally, Kashmann and others who favor reducing residential speed limits say it is a crucial step in a “change in culture” in which we all drive slower in the interest of a more livable and pedestrian-friendly city. Anyway, you only drive a block or two on local streets before reaching a higher-speed collector or arterial road, he says.

That last claim is manifestly false, as many trips involve considerably more than a block or two on local streets. Nor is it obvious that most people who complain about speeders are actually upset with the current 25 mph limit. Maybe they’re upset with the minority of drivers who actually do go significantly faster than the posted maximum.  For that matter, do those who believe 25 is too high represent anything like a neighborhood consensus?

Nor do the vast majority of serious injuries and deaths in Denver involve residential streets. As The Denver Post noted in a recent story, half of traffic deaths occur on 123 miles of road that comprise only 5% of city streets.  Residential streets accounted for 7% of fatal accidents.

As for pedestrian casualties, which have alarmingly doubled in Colorado since 2009, the AAA Foundation (which supports reducing speed limits) released a study early this year that found “in Colorado and across the country” most additional pedestrian deaths occurred on urban arterials, with 84% on roads with speeds above 30 mph, generally at night. (By the way, “32% of all pedestrians who died had a blood alcohol concentration equal to or greater than the legal limit for driving.” Good luck to Vision Zero in fixing that problem.)

Council members understand this but are not impressed. The desired culture shift requires us to slow down even when we’re already going pretty darn slow at a speed that is demonstrably safe for many neighborhoods. It is apparently too much to ask for Denver to tailor residential speed limits to the actual conditions on the ground rather than insist on a one-size-fits-all policy.

I do try to abide by Denver’s residential speed limit. Kashmann says he is confident conscientious motorists will strive to respect the new limit too once it is enacted. Perhaps. But that was hardly the case in Portland, which lowered its residential speed limit in 2019 from 25 to 20 mph and is cited by proponents here as a resounding success.

One reason they do so is that high-end speeding, especially exceeding 35 mph (an admittedly important data point), seems to have been cut dramatically. Score one for the speed suppressors. But get this: According to a study released by Portland a year ago, the percentage of vehicles exceeding 25 mph before the reduction was 24.13% and after the reduction, 23.60%, while “average driving speeds were essentially unchanged.”

I’m not sure how to respond to the upcoming 20 mph speed limit, except to continue driving at a safe, reasonable speed on residential streets. That may irritate the likes of Councilman Jolon Clark, who want to prioritize “how people move and not how vehicles move in our city,” but maybe he has forgotten that those goals are not mutually exclusive.