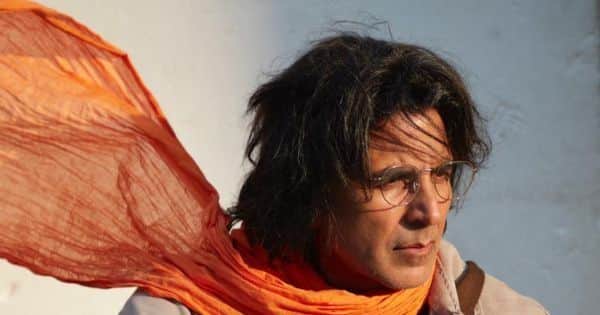 The second wave of COVID has taken a toll across the country. In the morning, we saw the Khiladi of Bollywood Akshay Kumar, who was shooting for Ram Setu, sharing the news that he has been tested positive for coronavirus on his social media account with a note, which reads, “I wish to inform everyone that, earlier this morning, I have tested positive for COVID-19. Following all the protocols I have immediately isolated myself. I’m under home quarantine and have sought necessary medical care. I would sincerely request all those that have come in contact with me to get themselves tested and take care. Back in action very soon!” Also Read – Ram Setu: Akshay Kumar infected with coronavirus — view post

Now, the things have worsen as the 45 junior artistes have been tested COVID positive. FWICE (Federatioon of Western India Cine Employees) General Secretary Ashok Dubey confirmed the news and said, “Ram Setu has been taking full precautions. It is really unfortunate that 45 people from our Junior Artistes Association have tested positive. They have been quarantined.” Ram Setu, which is produced by Cape Good Films, Abundantia Entertainment, Lyca Films and Prime Video, also features Jacqueline Fernandez and Nushrratt Bharuccha in pivotal roles. In this Abhishek Sharma directorial, Akshay Kumar portrays the character of an archeologist. The director is known for helming films like Suraj Pe Mangal Bhari, Parmanu, Tere Bin Laden and others. Also Read – Akshay Kumar’s Laxmii BEATS Bajrangi Bhaijaan, Dangal and War on TV — here’s how

Meanwhile, Akshay Kumar will be next seen in Sooryavanshi, which has been reportedly postponed again due to the second wave of COVID-19. The film also features Katrina Kaif, Jaaved Jaaferi, Gulshan Grover, Kumud Mishra, Abhimanyu Singh, Vivan Bhatena and Sikander Khan, with special appearances from Ajay Devgn as Singham and Ranveer Singh as Simmba. It is bankrolled under the banners of Rohit Shetty Picturez, Dharma Productions and Cape Of Good Films. Also Read – Akshay Kumar, Hrithik Roshan, Anil Kapoor and other celebs congratulate Annatthe actor Rajinikanth for the Dadasaheb Phalke Award