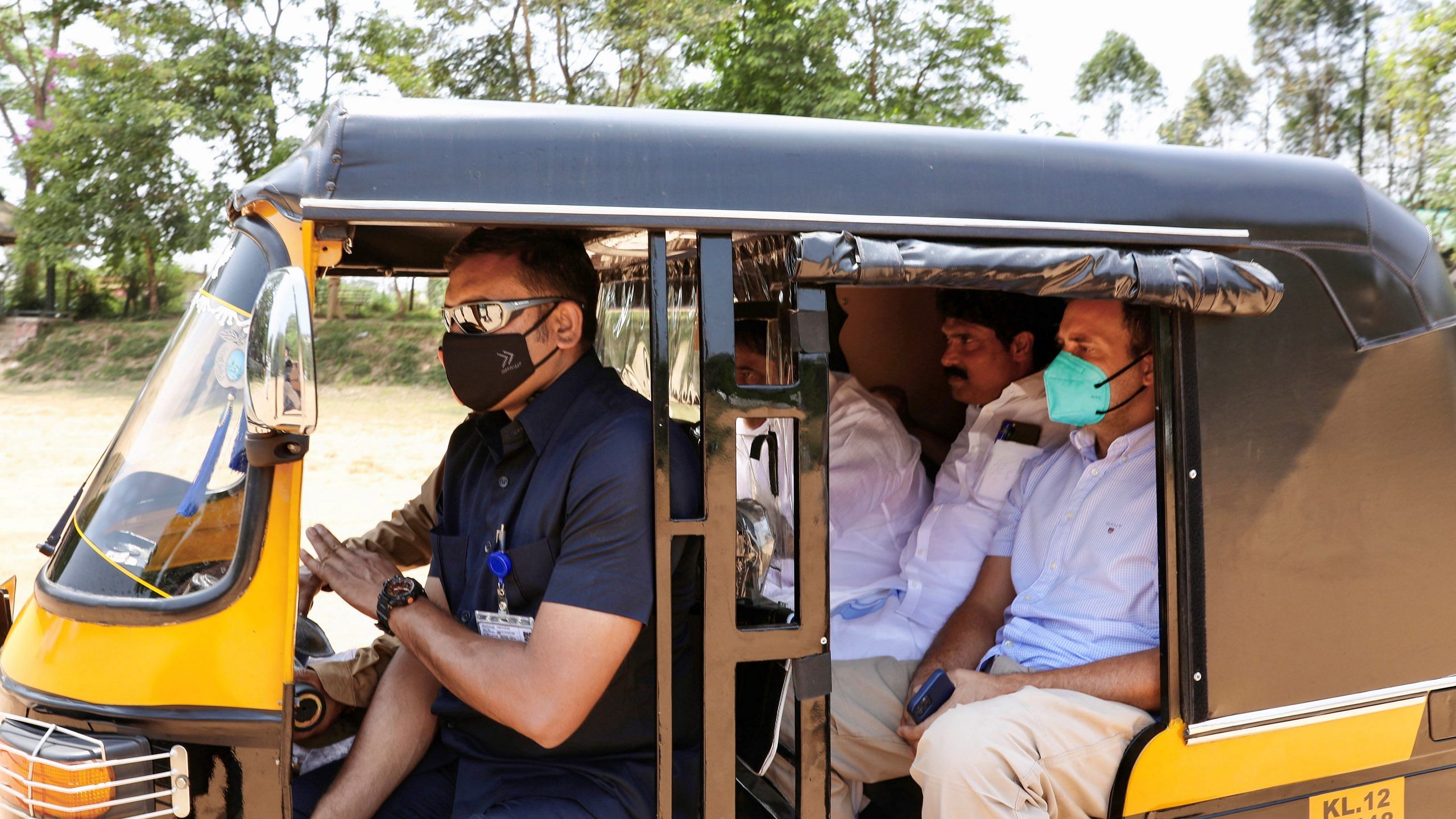 Despite a ban imposed by the Election Commission on the customary crowded culmination of the open poll campaigning in view of the COVID-19 situation, mass participation of party workers could be seen in the final events in most of the 140 constituencies in Kerala.

Known as “Kottikalasham” in local parlance, the finale of the open poll campaigning used to be a jamboree in the southern state in which every political party would try to show off their strength by bringing a maximum number of supporters to add colour to the show.

The ban seems to have failed to douse the spirit of the political parties as many thoroughfares teemed with party workers, who were seen waving their respective party flags, raising slogans and dancing to the tune of music played in many places.

While Congress leader Rahul Gandhi took out a roadshow in northern Kozhikode district and in Nemom in Thiruvananthapuram, Chief minister Pinarayi Vijayan led a massive one at Dharmadam in Kannur, his home constituency.

At Dharmadam, in this marxist bastion in Kannur, where Vijayan travelled in an open red jeep, waving to his supporters lined up on either side of the road.

Women, children and elderly who stepped out to get a glimpse of the final spectacle were also not less in many places.

By 7.00 pm the open campaigning came to a formal close in Kerala.

The state would witness a silent campaign on Monday before going to polls on April 6.

Also read: On Modi’s Judas jibe, Pinarayi Vijayan says everyone knows who has played the role of Judas

Senior BJP leader Swapan Dasgupta, TMC minister Ashima Patra and former CPI(M) minister Kanti Ganguly are among the 205 candidates whose campaigns for the third phase of elections in 31 seats in West Bengal ended on Sunday evening.

In this phase, elections will be held in parts of rural Howrah, the Sunderban region, the Diamond Harbour and Baruipur belts in the South 24 Parganas, and parts of the Hooghly district.

The campaign ended at 5 pm with elections scheduled to be held on Tuesday.

The BJP’s campaign was led by Prime Minister Narendra Modi who addressed several public meetings in these three districts. Besides, Home Minister Amit Shah, BJP president JP Nadda, UP Chief Minister Yogi Adityanath and Union minister Smriti Irani held a slew of rallies and roadshows in the last few days in these areas.

The Trinamool Congress’s charge was led by Chief Minister Mamata Banerjee, even as TMC MP and her nephew Abhishek Banerjee addressed a significant number of rallies.

In his successive rallies, the prime minister attacked the TMC government over “appeasement politics”, while raking up the issue of ground-level corruption, including the alleged irregularities in Amphan relief.

On the other side, the chief minister took on the leaders who left her party to join the BJP ahead of the elections, urging people to vote against the “traitors”. She also attacked the BJP-led government at the Centre over rising fuel prices and the state of the economy.

The Left-led alliance focussed more on street-corner meets, small gatherings and door-to-door visits in absence of a face to counter Modi and Banerjee at large rallies. However, ISF founder Abbas Siddiqui’s public meetings saw mega gatherings in places such as Canning that have significant Muslim population.

In all, 10,871 polling stations have been set up in the 31 assembly constituencies where elections will be held from 7 am to 6.30 pm.

The high-octane poll campaign for Tamil Nadu Assembly elections being held in a single phase on April 6 came to an end at 7 pm on Sunday.

Polling across 234 Assembly constituencies in 38 districts of Tamil Nadu will begin at 7 am on Tuesday. A total of 3,998 candidates are in the poll fray. In view of COVID-19, the number of polling stations has been increased to 88,937. The counting of votes will be done on May 2. The state is witnessing a fierce battle between arch-rivals All India Anna Dravida Munnetra Kazhagam (AIADMK) and Dravida Munnetra Kazhagam (DMK). MK Stalin-led DMK, which is out of power since 2011 in the state, is in a head-to-head battle with ruling party AIADMK in nearly 130 constituencies.

The AIADMK launched scathing attacks against the DMK for practising dynastic politics and promised development. On the other side, Stalin has called the AIADMK government a slave to the BJP and alleged corruption during its tenure. Stalin said the AIDMK government has taken Tamil Nadu back 50 years.

With campaigning for the last phase of elections in Assam coming to an end, both BJP and Congress alliances are conducting massive campaigns on Sunday to reach out to maximum voters.

For NDA, Union Home Minister Amit Shah is holding three election rallies, while incumbent Chief Minister Sarbanada Sonowal is scheduled to hold six rallies to cover as many constituencies as possible. BJP leaders campaigning in the state claimed that they reached the magic number to form the government in the first two phases and with the voting in the last phase they will form the government in Assam with a thumping majority.

The Mahajot has also intensified its efforts on the last day of campaigning. All India United Democratic Front chief Badruddin Ajmal’s son Abdur Rahim claimed that the next government in the state will be formed by the “dadhi, topi, lungiwallah” people.

In reply, BJP’s Dilip Sakia called Rahim a Burbak (fool) and said, “He doesn’t know anything about Assam politics. We are going to form the NDA government. He also claimed that BJP and NDA have made significant gains in upper Assam and middle Assam elections in the first and second phases of voting”.