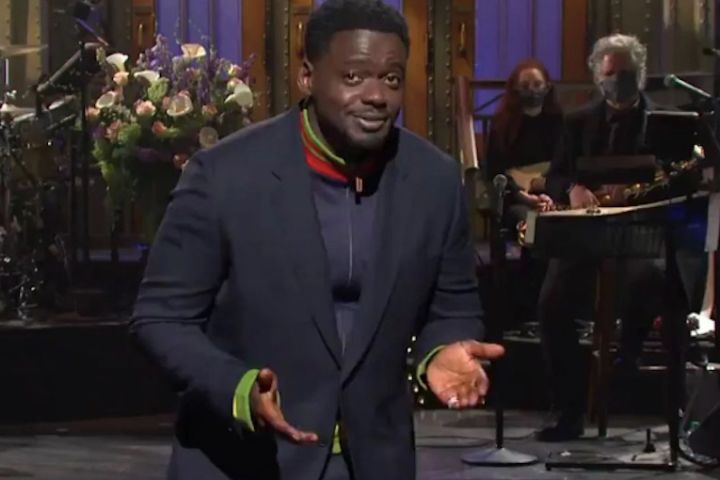 Daniel Kaluuya made his “Saturday Night Live” debut a memorable one! The “Judas and the Black Messiah” star took the Studio 8H stage over the weekend, and set the tone for a fun night with a bold and confident monologue.

“I know you’re hearing my accent and thinking, ‘Oh, no, he’s not Black! He’s British!’ I’m here to reassure that I am Black,” Kaluuya said with a laugh. “I’m black, and I’m British. Basically, I’m what the royal family was worried the baby would look like.”

The joke — which elicited some of the biggest laughs of the night — was in reference to Meghan Markle and Prince Harry’s high-profile interview with Oprah in which they alleged that an unnamed palace official questioned them, while she was pregnant, about supposed concerns over their baby’s skin tone.

“People ask me, ‘What’s worse? British racism or American racism?’ Let me put it this way. British racism is so bad, white people left,” Kaluuya shared. “They only wanted to be free. Free to create their own kinds of racism. That’s why they invented Australia. South Africa. And Boston.”

Kaluuya also opened up about his family, who came from Uganda, and got some love from some family members who came out to support him in the audience.

Looking back at his career in show business, Kaluuya revealed that he actually has a connection of sorts to the current “SNL” cast.

“When I was 9 years old I wrote a play that was performed with real actors and everything. This is a true story. That place was based on “Kenan and Kel”, and that play led me down a path to this stage tonight, with Kenan backstage right now,” he explained. “So, I just want to take this moment in front of Kenan and the whole world to say, ‘Thank you, mom. Thank you, God. And thank you, Kel.’”

‘SNL’: Britney Spears Gets Lil Nas X to Give God a Lap Dance