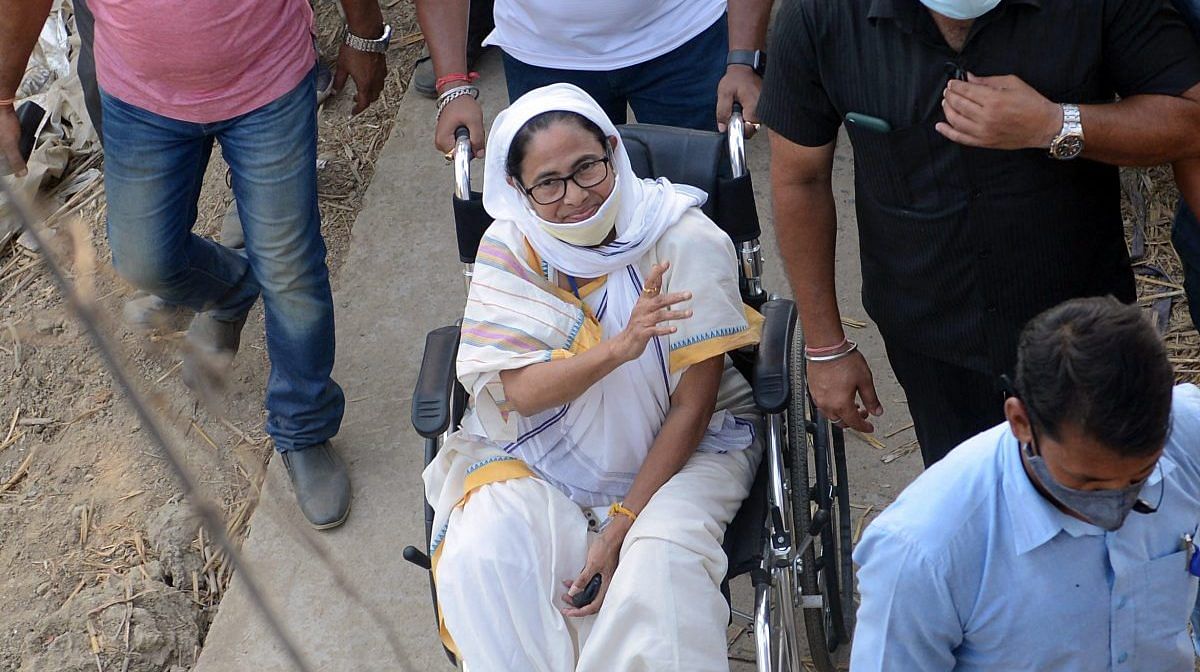 
New Delhi: In a strongly worded rejoinder to West Bengal Chief Minister Mamata Banerjee, the Election Commission has rejected her claim about the presence of outsiders at a polling booth in Nandigram as “factually incorrect” and “devoid of substance”.

The EC sent the letter to Banerjee on Saturday in response to a complaint filed by her on April 1, when polling was held in Nandigram, alleging irregularities in the polling process.

In its point-by-point rejoinder, the EC said Banerjee’s letter regarding booth capturing and the presence of outsiders at a polling booth in Boyal was “preceded by a massive coverage all over the country… which showed dozens of audio-visual shots of your being in this polling station and literally hurling an avalanche of allegations on some officials working with the government of West Bengal itself, paramilitary forces and eventually the Election Commission”.

Citing reports received from the ground, including its observers, the poll body said, “It is self-evident from the perusal of all the reports that the allegations mentioned in your hand-written note are factually incorrect, without any empirical evidence whatsoever and devoid of substance.”

The commission said it is a matter of deep regret that a “media narrative was sought to be weaved hour after hour to misguide the biggest stakeholders, which is the voters, by a candidate who also happens to be CM of the state”.

At least this should have been appreciated that the “side show” was fraught with immense potential to have an adverse impact on law and order across West Bengal and may be in some other states, it said.

“And all this was being done when the election process was/is on. There could not have been a greater misdemeanour,” the letter stated.

Banerjee, who is contesting the polls from Nandigram, had visited a polling booth in Boyal when polling was underway on April 1.

According to Chief Electoral Officer Ariz Aftab, wheelchair-bound Banerjee was stuck in the booth for almost two hours as two groups raised slogans against each other. A large number of CAPF personnel and senior officers reached there and brought out the chief minister after bringing the situation under control.

Later, Banerjee blamed outsiders for creating trouble. She also accused the EC of not acting on complaints of alleged irregularities in the polling process in Nandigram lodged by her party, Trinamool Congress.