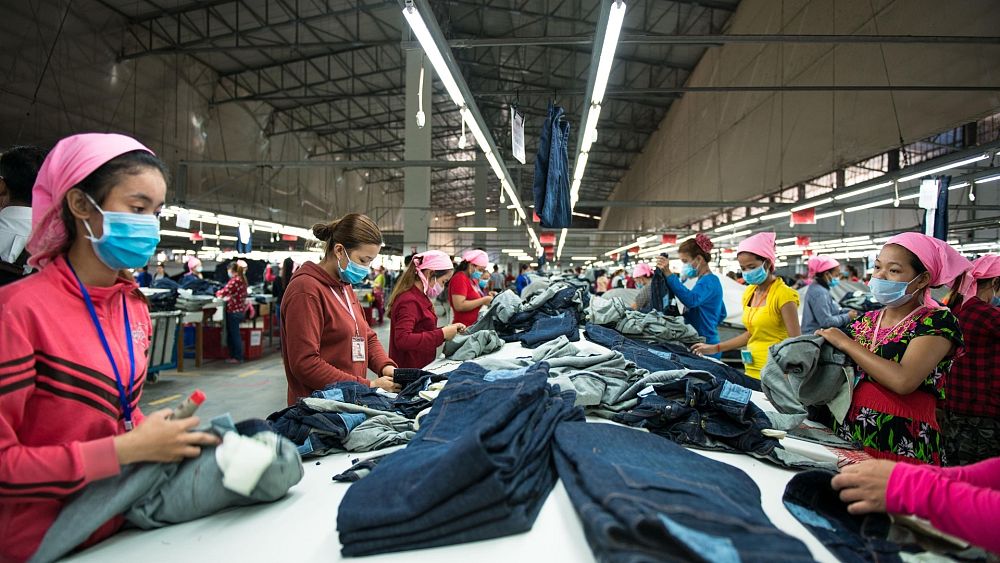 Today, more than ever, the violations inflicted upon garment workers by the fast fashion industry seem to grow more and more shocking. Just last month, we learnt of factories in Leicester, UK, accused of modern slavery – as the coronavirus pandemic resurfaced the on-going battle between retailer and workforce.

The reality is, mistreatment is taking place in thriving western cities like Los Angeles, California, where labour rights violations are occurring every day. Founder of ethical fashion non-profit Remake, Ayesha Barenblat, raises awareness around these injustices in her recent documentary “Made In America’. The short film takes you into multiple LA clothing factories, talking to local garment makers, designers, and a labour conditions inspector, about what’s really going on behind closed doors.

Ayesha founded Remake after the collapse of Rana Plaza factory in Bangladesh in 2013. The company has since been campaigning for better conditions for garment workers, joining the gruelling fight against fast fashion. On 30th March, they launched the #PayUp petition with the aim of holding popular clothing brands such as Topshop, Primark and Forever 21 to account.

This was followed by the ‘#NoNewClothes for 90 days’ challenge to encourage people to reduce their environmental impact and to reset their relationship with fashion.

Ayesha explains the initiative behind the documentary.

“When we think of fast fashion production, the United States might not be the first country to come to mind. However, the truth is that even in America, garment workers are being thrust into vulnerable situations and are being taken advantage of on a daily basis. We thought it was time to look deeply at American manufacturing and push past the smoke and mirrors to see what is really going on in our own backyards.”

The aim is to highlight various forms of exploitation which garment workers in America have been subjected to for years.

What is piece-pay rate and why is it a problem?

Under piece-pay rate, garment workers only receive around $0.3 for each piece they create. This in turn translates to about $5 an hour – which comes out at way below California’s $15 an hour minimum wage.

In addition to this, garment workers are usually paid in cash and rates are set and changed by their employers each week. Today, it’s common industry practice for employers to reduce already promised piece rates. This means that garment workers have no clarity on what their take home pay will be week by week.

The piece rate system thus results in hazardous working conditions as garment workers race against the clock to complete as many items as possible for maximum pay. Ayesha explains that they rarely take bathroom breaks and end up taking their work home to get help from their families.

“You need to know that people, not machines, make your clothing. Start by asking, ‘who made my clothes.’ By keeping in mind the origins of how your clothes are made, you begin to form a connection with the human hands that made them.”

The dangers of producing garments in such conditions have only heightened during Covid-19 as workers have not had time to sanitise work stations or wash their hands, leading to outbreaks inside factories.

“Governments, brands, and factories should address issues in sweatshops, but consumers need to be a part of the movement too,” Ayesha adds, “we all play a part in shifting the industry for the better. The fact is, companies respond to the demands of the consumer, and they will prioritise what the consumer wants. Their every decision revolves around you (the consumer) and your decisions on where you will spend your money.

“If enough consumers show a great demand for ethical and sustainable products and transparency, it forces companies to take action.”

The Garment Worker Center (GWC) in LA has been working with Remake to transform the fashion industry in order to eliminate sweatshop labour. GWC is currently leading an anti-sweatshop movement across the state to improve conditions for tens of thousands of local garment workers.

A triumph for the campaign

On 29th June 2020, the Garment Worker Protection Act (SB1399) was passed by the California Senate with a 5 to 1 vote – a triumph for Remake and their campaign.

“SB1399 is designed by workers, to close loopholes in the law that today result in workers being paid well below the California minimum wage, and for brands like Fashion Nova and Ross to benefit from this wage theft,” explains Ayesha. “This bill will prevent brands and retailers from benefiting from the layers of subcontracting to avoid accountability under law. In addition, the bill will eliminate piece rate, and instead assure that workers are paid California’s minimum wage. The passing of the bill is a major win for garment workers and a game changer for the fashion industry overall.”

Los Angeles is home to over 50,000 garment workers and is the largest garment manufacturing hub in the United States. The Garment Worker Protection Act will also serve as a powerful piece of legislation for other states, particularly New York, another hub for domestic manufacturing.

“There are brands such as Groceries Apparel featured in our Made In America film that produce ethically and sustainably,” concludes Ayesha. “I believe that in running a social advocacy organisation like Remake, we need to provide actionable ways for our community to both advocate for better conditions, as we are doing with the passing of this bill, and to buy less and better.”

The Garment Worker Center has now run out of money from its Emergency Relief Funds. To help keep it up and running, donate here.