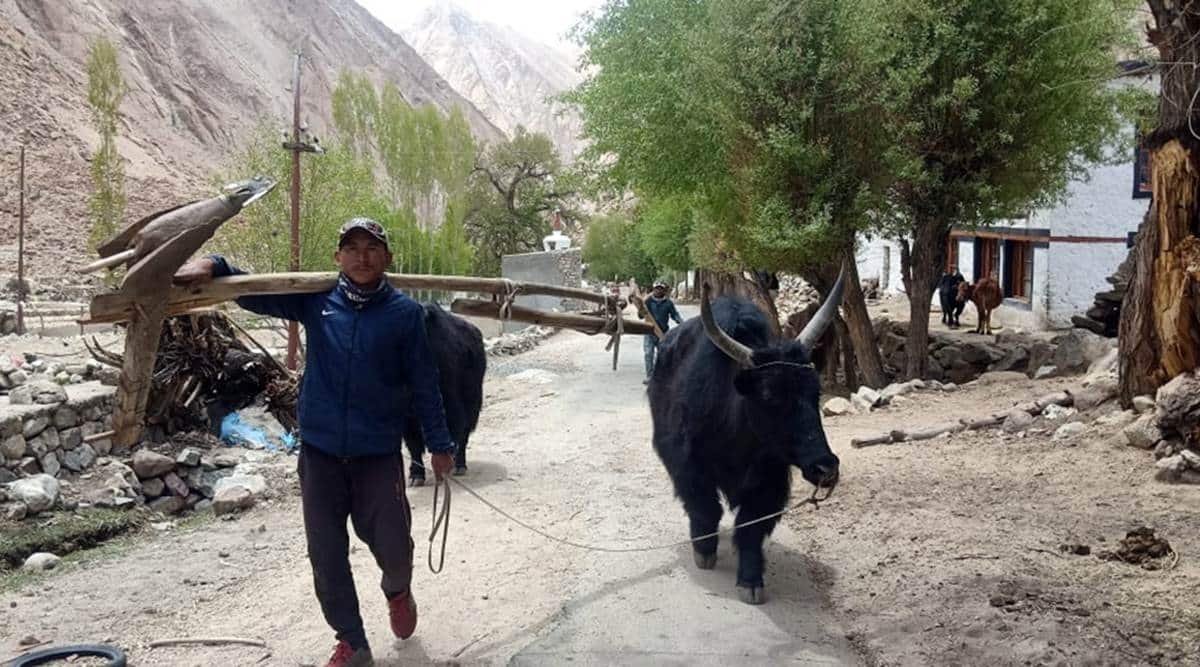 HE HAS trained as a monk, worked as a physical education teacher, been a sales manager at a Decathlon sports outlet, and often taken up the job of managing trekking camps during the tourist season.

But that’s not what Skalzang Kalyan Dorje is excited to talk about over the phone from his home in Leh’s Tukla village, shielding his voice from the cold wind howling outside.

“There was even a time when I used to run after goats as a herder. Now I’m the first person from Ladakh to play domestic cricket…I represented Jammu and Kashmir at Syed Mushtaq T20 Tournament,” says the 31-year-old allrounder.

Had it not been for the pandemic that caused the cancellation of the 2020-2021 Ranji Trophy season — the T20 tournament was held instead — Dorje may also have become the first player from Ladakh to become a First Class cricketer.

There’s a strong chance that it may still happen — J&K and Ladakh are two separate Union Territories now, but the Cricket Association of Ladakh (CAL) is not yet affiliated with the BCCI.

Says the J&K team’s captain, Parvez Rasool: “Last season, I had travelled to Ladakh to see the talent and there were four-five good players. Dorje was one of them. We played a few practice games and he dismissed a few of our good batsmen. He’s a decent left-arm spinner, a great fielder and a handy batsman. He has potential but at the same time he has to work hard.”

Dorje sported the J&K colours for the first time in January, adding “professional cricketer” to the long list of vocations on his bio-data. In fact, he even took up mountaineering courses in Darjeeling where he won a gold medal and an award for being the best ‘Technical Climber’. “From my childhood days, I used to run after goats at this high altitude and that gave me the foundation to do well in all these things,” he says.

Dorje’s cricketing journey started in the summer of 1999, at the age of 10, when his uncle, a monk at the Maha Bodhi Society in Bengaluru, decided that the boy should join him.

“The World Cup was on in England, and all my seniors in the hostel were very excited about it. I didn’t know anything about cricket. Goat-herding was all I knew and loved. But then I started playing with them. We broke so many windows, we got beaten up for it, but we still played,” he says.

A few years later, he was sent to Mysore to continue his education — and cricketing exploits. But once he graduated with a Bachelor’s degree in Physical Education, he had to start earning and took up a teacher’s position at the school he studied at in Mysore.

By 2011, he had stopped playing cricket competitively, busy shuffling between his jobs as a trekking camp manager during the peak season and a PE teacher in the off-season.

In 2015, however, a stadium came up in Ladakh at the site of what was once a dumping ground, and opened space for CAL to host local tournaments.

“Our tournaments were from March to May, and I’d almost always win the man of the tournament award. So I’d come home with lots of prizes. I’ve won a television, refrigerator, a washing machine… so my family was very happy,” he says.

But as Rasool watched Dorje win another ‘man of the series’ award during the 2020 edition of the tournament, which was shifted to September because of the pandemic, there was a unique prize in the offing — a chance to attend trials for J&K.

Today, Dorje recalls standing in the middle of the team huddle, as Rasool handed over his cap — he got to play a game during the tournament. “The captain told me that I was the first from Ladakh to represent J&K, and that it wasn’t a small thing,” he says.

Dorje is now looking to cement his slot in the J&K team although age may not be on his side. But then, he has already made a mark — for himself, and Ladakh.