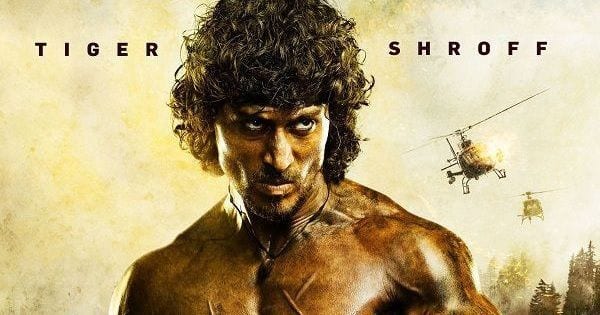 3 years back, we saw the announcement of Tiger Shroff stepping into the shoes of popular Hollywood actor Sylvester Stallone for the remake of classic action film Rambo. The makers shared the news with an action-packed poster of the Heropanti star. But post that we didn’t saw any major updates related to this film. Though in the past couple days, there were rumours that the makers have approached the Baahubali star Prabhas for this film as Tiger is busy with multiple projects including Heropanti 2, Ganapath and Baaghi 4. While this news created a stir among the audience, the War star has finally cleared the air and revealed that he is very much part of the film. Also Read – Akshay Kumar’s Laxmii BEATS Bajrangi Bhaijaan, Dangal and War on TV — here’s how

Refuting the rumours, Tiger Shroff told SpotBoye, “Rubbish, Where on earth is this coming from, and why?” Well, that pretty much tells us the story. Meanwhile, Tiger Shroff will be next seen in Heropanti 2, which also features Tara Sutaria in a lead role. Talking about the film, it marks Tiger’s third collaboration with director Ahmed Khan after Baaghi 2 and Baaghi 3. It will be produced by Sajid Nadiadwala under his banner Nadiadwala Grandson Entertainment. While the film is scheduled to hit the screens on July 16, the makers might shift its release date due to the current scenario of COVID-19. Also Read – South News Weekly Rewind: RRR makers drop Ajay Devgn’s powerful look, Rajinikanth conferred with the prestigious Dadasaheb Phalke Award

On the other hand, Prabhas will be next seen in Radhe Shyam. The period love story also stars Pooja Hegde, Sachin Khedekar, Murli Sharma, Bhagyashree, Kunaal Roy Kapur and Sasha Chhetri along with Sathyan and Priyadarshi in pivotal roles. The film is directed by Radha Krishna Kumar and is set to hit the screens on July 30 and will clash with Alia Bhatt‘s Gangubai Kathiawadi at the box office. So, do you think Tiger will do justice to the Rambo remake? Tweet and let us know @bollywood_life. Also Read – Prabhas becomes the FIRST Indian actor to get this whopping remuneration for a mega-budget project?