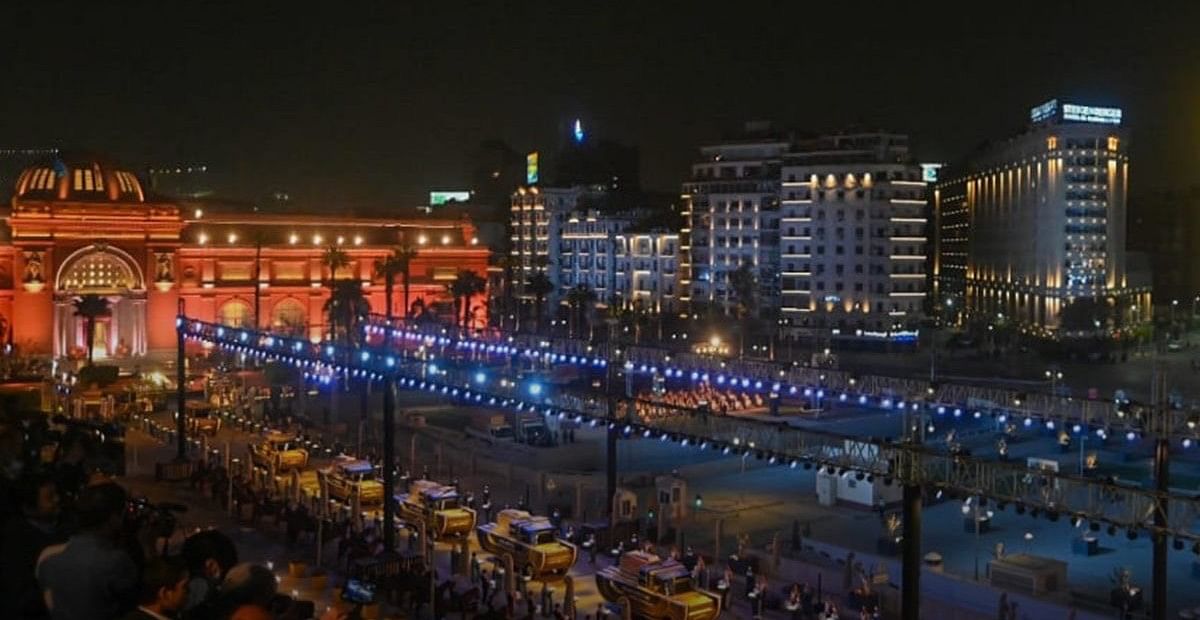 
Cairo: Egypt on Saturday moved 22 mummies of ancient kings and queens to their new resting place in an eye-catching stylized ceremony celebrating the nation’s rich heritage.
Embalmed bodies of 18 pharaohs and four queens were paraded from the Egyptian Museum in Tahrir Square to a new Museum of Egyptian Civilization in the Fustat neighbourhood.

The “Pharaohs’ Golden Parade” wound along the Nile for three miles. It featured floats decorated to resemble boats that were used to carry deceased royals to the tombs. The procession was guarded by horse riders in ancient attire.

The mummies included Ramses II, Thutmose I, Seti I and Queen Hatshepsut, one of the two women believed to have ruled Egypt as pharaohs. They were originally entombed around 3,000 years ago before being excavated in the 19th century.