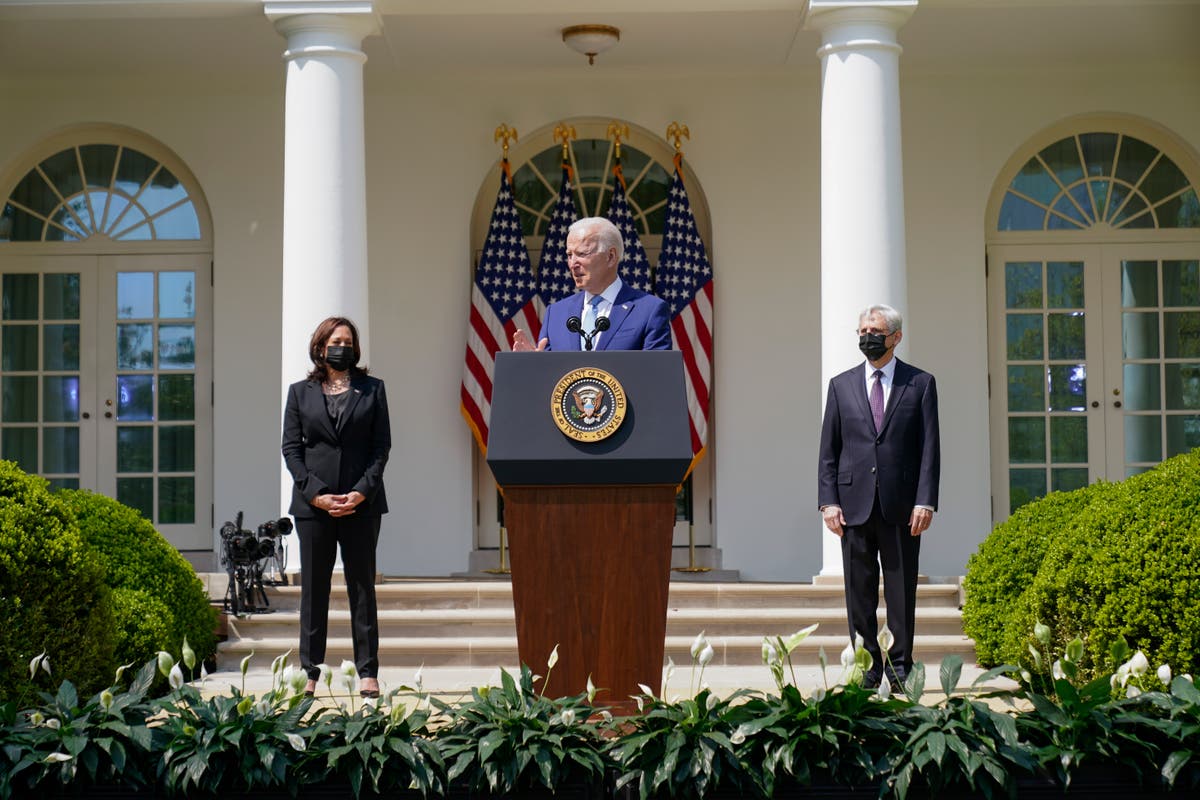 Joe Biden has dismissed “phony arguments” that his administration is stripping Second Amendment protections as the White House unveils six executive orders to combat gun violence and urges Congress to move on several pieces of legislation.

“The idea is just bizarre to suggest the things we’re recommending are against the Constitution,” the president said from remarks at the White House Rose Garden on Thursday.

“Gun violence in this country is an epidemic and an international embarrassment,” he said.

The president’s first executive actions targeting gun violence follow the mass killings of 10 people at a supermarket in Boulder, Colorado, less than a week after eight people were killed during a shooting spree at three Atlanta-area spas, prompting officials and communities across the US to once again reckon with the nation’s overwhelming rates of gun violence and the politically volatile subject of gun control.

The shootings followed the deaths of least 43,436 Americans who died from gun violence, including more than 24,000 suicide deaths, in 2020, according to the Gun Violence Archive.

Roughly 11,000 Americans have died from gun violence in 2021, according to US Attorney General Merrick Garland, who joined Mr Biden and Vice President Kamala Harris on Thursday.

Mr Biden said he worked with Mr Garland to draft “immediate and concrete actions” to combat the crisis.

One action orders the Justice Department to issue a rule within 30 days to stop the proliferation of so-called “ghost guns” created with “buy, build, shoot” kits, Mr Garland said.

Within the next 60 days, the Justice Department must also issue a rule to align pistol-stabilising braces with the National Firearms Act, which requires potential owners to pay additional fees and submit identifying information to federal authorities.

The suspect in the Boulder killings appeared to have used a pistol with an arm brace, which can make a firearm more stable and accurate, while also remaining partially concealed.

Within 60 days, the Justice Department also must model “red flag” legislation for states, while Mr Biden urges Congress to pass a measure at the federal level, along with several pieces of gun control legislation already supported by the Democratically controlled House of Representatives.

The president has also ordered a comprehensive Justice Department review on the state of firearms trafficking and nominated gun safety advocate David Chipman to lead the Bureau of Alcohol, Tobacco and Firearms.

“The idea we have so many people dying every single day from gun violence in America is a blemish on our character and as a nation,” Mr Biden said.

The president has also urged Congress to pass a ban on assault weapons and high-capacity magazines, and argued that gun manufacturers should not be immune from legal liability.

Vice President Harris, a former district attorney and state attorney general in California, said she “seen with my own two eyes what a bullet can do to a human body”.