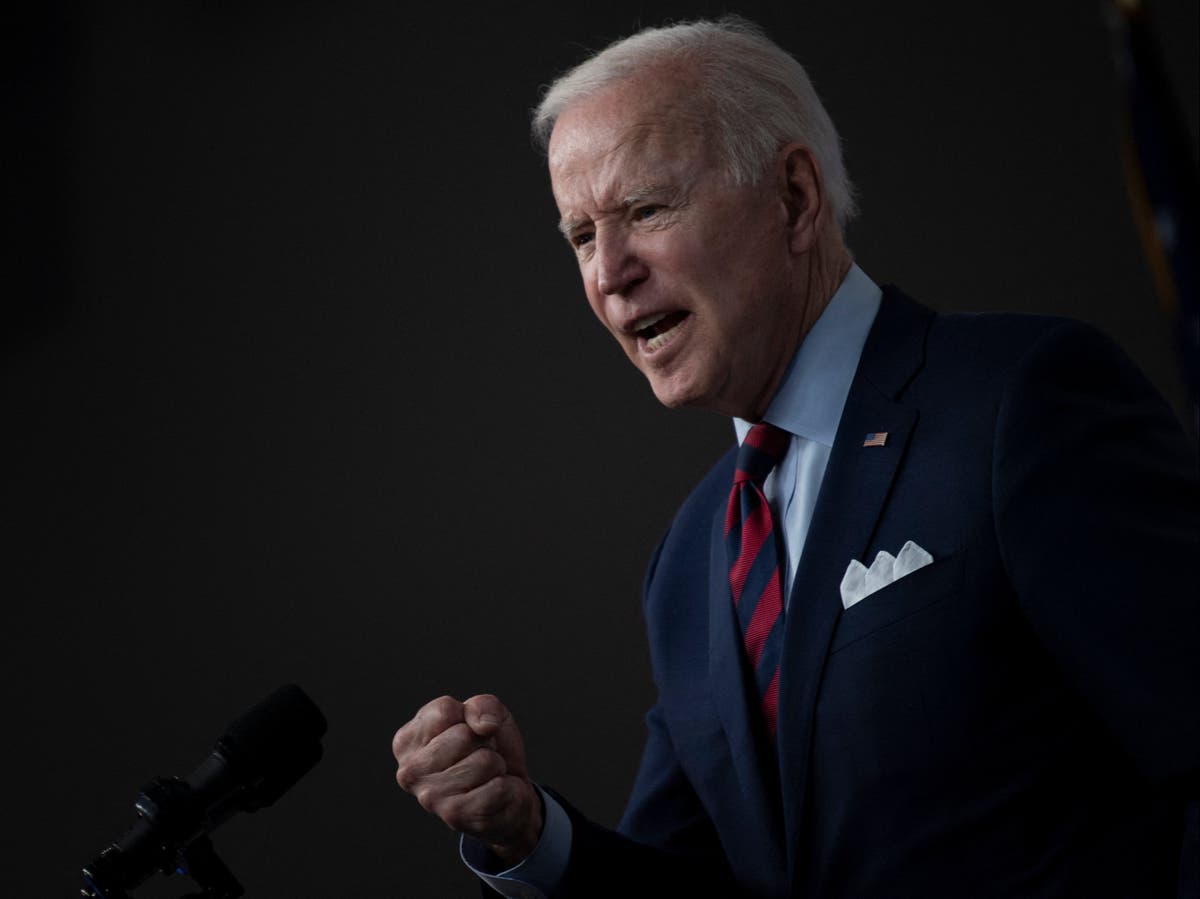 Joe Biden’s much-awaited gun control agenda is set to kick into action today as the president lines up six executive actions on what one adviser has called “the gun violence public health epidemic”. Gun safety is one of Mr Biden’s signature issues going back decades, and pressure on him to take aggressive action on it has been intensified by recent mass shootings in Atlanta and Boulder.

Mike Pence appears to be getting his ducks in a row for a future in high office, launching an advocacy group to “build on the success” of the Trump administration and hiring key Trump figures to sit on its board. Among them are two of the last four years’ most visible Trumpers: Kellyanne Conway and Larry Kudlow.

The LAPD are under fire over a new video that shows police officers arresting a Black man who smiled at them as they looked for an unrelated suspect. Released on the orders of a federal magistrate, the 11-minute clip shows the music producer and his girlfriend being arrested as he takes out his trash in broad daylight.

The thorn in Chuck Schumer’s side, West Virginia Senator Joe Manchin, has penned a Washington Post op-ed insisting that he will under no circumstances support reforming or abolishing the filibuster – the single most important obstacle to getting Joe Biden’s agenda through Congress (Mr Manchin himself probably ranks second).

This isn’t exactly a surprise, but with a massive infrastructure package, gun control and voting rights legislation all on the docket, it’s bound to set the cat among the pigeons.

Fringe first-term Congresswoman Marjorie Taylor Greene has earned herself a reputation as an extremist, embracing bizarre and sometimes violent conspiracy theories like QAnon and haranguing school shooting survivors in the street. But even as other house members take formal action against her, she has pulled in an unbelievable fundraising haul of more than $3m in just a couple of months.

To put that in perspective, even some of the most famous members of Congress have raised a fraction of that amount: Alexandria Ocasio-Cortez, who could scarcely be better known, raised just $728,000 during her first quarter in office.

Survivors of the 2018 Parkland school shooting have shared their joy at the prospect of serious gun control measures after years of campaigning.

“On February 14, 2018 my daughter Jaime was murdered in the Parkland school shooting,” tweeted one bereaved father. “Jaime and I have been on a journey since to save lives. [President Biden], thank you for listening. I am truly emotional at the significance of this. JAIME, WE DID IT!!!”

The massacre saw 17 students killed by a gunman using an AR-15 rifle, a weapon that has drawn more attention from gun control campaigners than any other.

With friends like these, who needs enemies? With Matt Gaetz struggling to shake off his sex trafficking scandal, attention is increasingly turning to Orlando-area tax collector Joel Greenberg, who has himself been investigated on federal sex trafficking charges.

Precisely how his own alleged doings intersect with the probe into Mr Gaetz is not yet clear, but the two men are well-known to be associates. And whatever the truth, the grubbiness accumulating on both of them isn’t exactly flattering. Oliver O’Connell has this analysis:

The Trump administration pursued the most unambiguously pro-Israel foreign policies of any US government in decades – but Joe Biden’s State Department is now pivoting back toward funding the Palestinians. Secretary of State Antony Blinken says that the US is planning to restart “economic, development, and humanitarian assistance for the Palestinian people”, a move that’s already maddened pro-Israel hardliners in Congress.

LAPD shown tackling a Black man who smiled at officers

A federal magistrate has ordered the release of an excruciating video in which officers from the Los Angeles Police Department arrest a Black man taking out his trash in broad daylight. They were responding to a call from one of his neighbours, but decided to frisk him down anyway and ended up taking him and his white girlfriend into custody for resisting arrest.

Is Mike Pence preparing for a presidential run?

It’s never too early to begin a presidential campaign, even when your recently defeated boss may well run for re-election himself. Whether or not Mike Pence has set his sights on the White House, he is setting up exactly the sort of entity that can morph into a full-on campaign if he decides to go for it.

The vice president’s new advocacy group has exactly the sort of nebulous moniker that can stand in for a candidate’s name: Advancing American Freedom. In a statement announcing its launch, a spokesperson declared that Mr Pence will use it to “promote the pro-freedom policies of the last four years that created unprecedented prosperity at home and restored respect for America abroad, to defend those policies from liberal attacks and media distortions, and to prevent the radical Left from enacting its policy agenda that would threaten America’s freedoms”.

More telling, however, is who Mr Pence has already hired. Alex Woodward has the details.

Besides the pandemic response and restoring the economy, few issues are more urgent for progressives and liberals than gun safety reform. With his early presidency already marred by two major mass shootings, Joe Biden is now expected to unleash a set of executive orders of the kind some hoped he would use in January.

He is also preparing to nominate the first Senate-confirmed head of the Bureau of Alcohol, Tobacco and Firearms since 2015: David Chipman, a well-known gun control advocate who advises Giffords, the campaign group set up after the shooting of Congresswoman Gabrielle Giffords in 2011.

Andrew Feinberg has this analysis:

Welcome to the Independent’s US politics live blog, keeping track of rollercoaster events in the Biden administration, Washington DC and beyond.