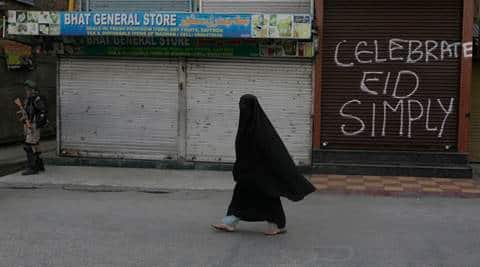 Favouring an early dialogue with all stakeholders including separatists in Jammu and Kashmir, the CPI(M) on Wednesday said the reason for resentment among the people there was due to ‘ineffective’ and ‘hollow’ policies adopted by the Centre towards the state.

“The army’s job is to guard the borders and it cannot be treated as a law enforcement agency in a state. This burden has to be borne by the political leadership of the nation.

“The government needs to initiate a credible process of dialogue with all stakeholders in Jammu and Kashmir, including the separatists. Why can a dialogue not take place …? They are separatists as they have a certain political belief,” CPI(M) leader and J&K MLA Mohammed Yousuf Tarigami, who is on a visit to the city, told reporters.

He said the current BJP-PDP alliance in the violence-hit state was ‘opportunistic’, ‘irritating’ and claims made by both these parties in the run-up to the state assembly polls have proven to be ‘hollow’.

“All Kashmiris are not terrorists. The recent upheaval is a result of an accumulated anger since decades. This has only got more intense and unprecedented now as Kashmiris feel that the commitments that have been made to them have not been fulfilled,” he said.

“People are being ignored and all reliance is on security forces. The turmoil among the people has to be addressed by political means, like talking to those having different ideas,” he said.

Tarigami said a joint delegation of opposition parties had met Prime Minister Narendra Modi on August 22 this year, where he had assured the initiation of a dialogue with various stake-holders, which never went through.

“We urge the Prime Minister to give up politics of gimmicks and take bold, serious initiatives. People had imposed their trust on him but the government has not done justice. There should be an immediate arrest of those who indulged in pellet gun attacks and immediate rehabilitation of those affected by it,” the CPI(M) leader said.

He said that if the government addresses the feeling of alienation among the Kashmiris and stops pursuing “wrong policies” towards them, it will create a goodwill among the people there.