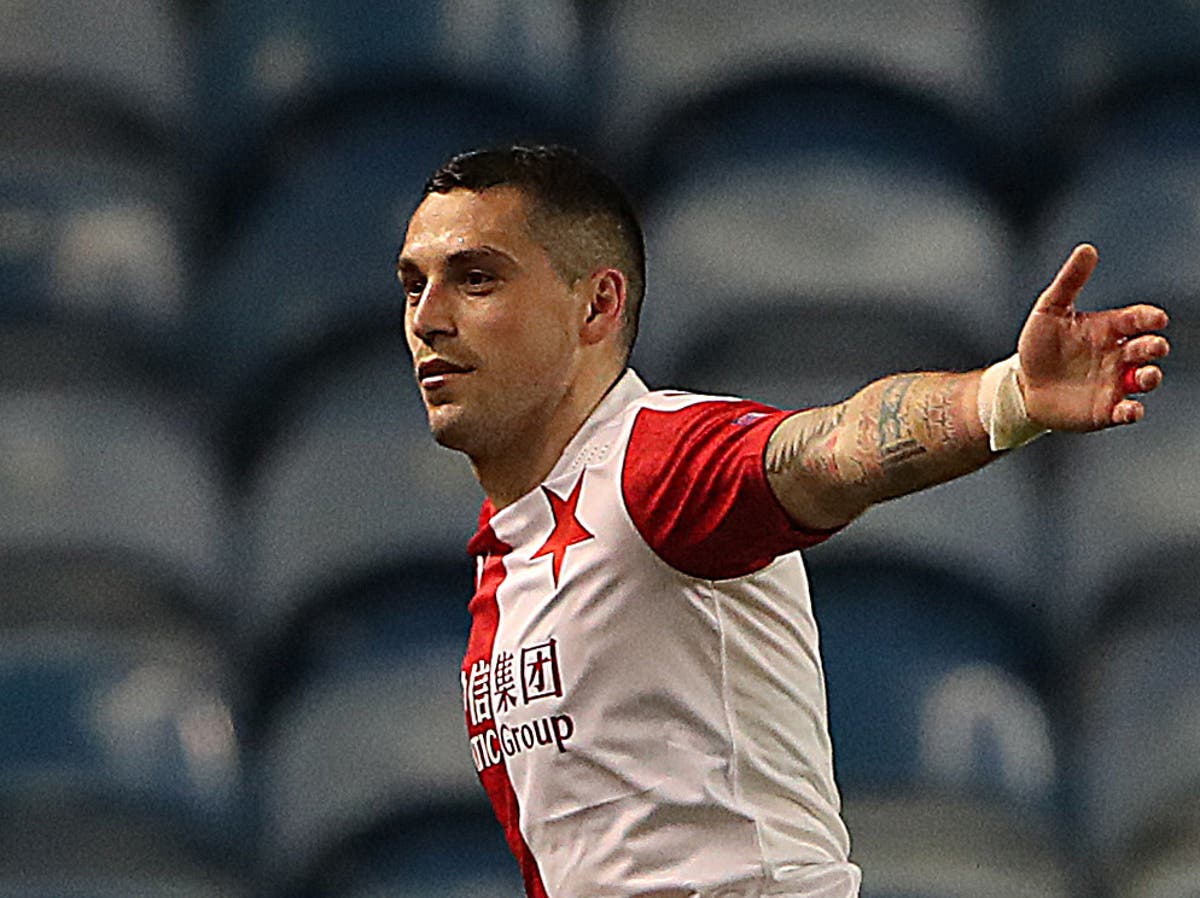 Home team Arsenal must produce a better performance than they mustered at the weekend in their 3-0 Premier League loss to Liverpool, especially as Slavia Prague have not lost in their last 21 fixtures.

The Czech top flight’s leaders have had a man red-carded in their last two games, though, and will want to put to bed such disciplinary problems here as they take on a Premier League side in Europe for the second time this term.

Prague eliminated Leicester City in the last 32 – before knocking out Scottish champions Rangers in the last 16 – while Arsenal progressed against Olympiacos in the last round despite a second-leg loss.

Here’s everything you need to know about the quarter-final first leg this evening.

The game will kick off at 8pm GMT tonight.

How can I watch it?

The match will air live on BT Sport, with subscribers also able to stream it live on the broadcaster’s website and app.

What is the team news?

Arsenal will be without defenders David Luiz and Kieran Tierney, both of whom are suffering from knee injuries, with the latter likely to miss as many as six weeks of action. In midfield, Real Madrid loanee Martin Odegaard will also miss out due to an ankle issue, but Bukayo Saka, Emile Smith Rowe and Granit Xhaka all return for Mikel Arteta’s side.

For Prague, Ondrej Kudela’s provisional one-match suspension following allegations of racism towards Rangers’ Glen Kamara rules out the 34-year-old, who has also come down ill this week. The visitors have further defensive absentees in the form of Simon Deli and David Hovorka, but Abdallah Sima will be able to play on the wing despite a domestic ban. Goalkeeper Matyas Vagner, 18, is also eligible to step out here in spite of a red card at the weekend, with first-choice shot-stopper Ondrej Kolar out due to a sinus fracture.

Arsenal certainly have the quality in their squad to pick up a home win here, but expect them to make hard work of this game against dangerous opponents. Arsenal 2-1 Prague.