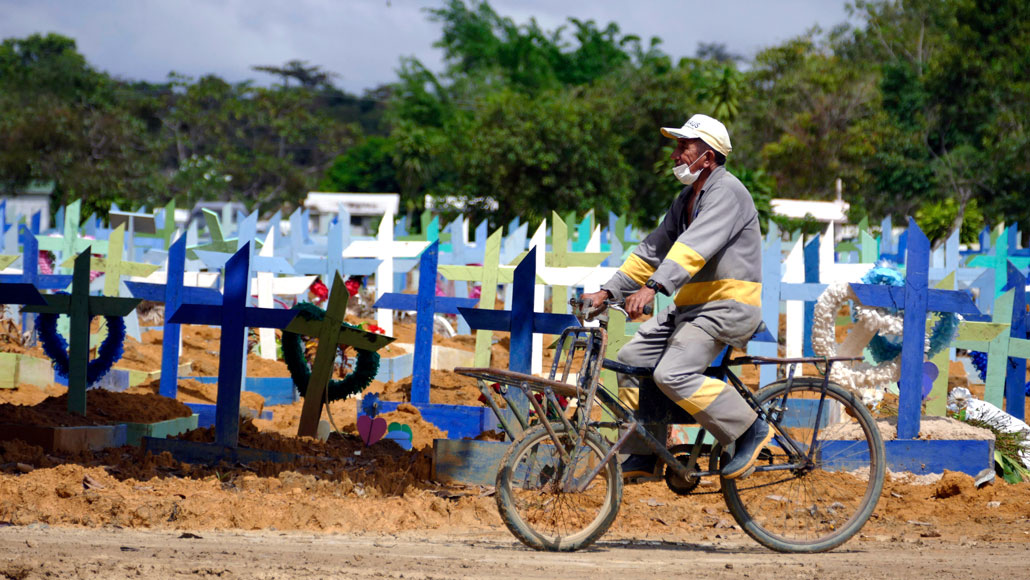 The P.1 coronavirus variant first identified in Brazil may be twice as transmissible as earlier strains and may evade up to nearly half of immune defenses built during previous infections, a new study suggests.

According to data collected in Manaus, Brazil, P.1 probably arose in mid-November 2020 in the city, researchers report April 14 in Science. The variant quickly rose to prominence there and spread to the rest of Brazil and at least 37 other countries, including the United States.

Earlier examinations of the variant’s genetic makeup have shown that P.1 contains many differences from earlier strains, including 10 amino acid changes in the spike protein, which helps the virus infect cells. Three of those spike protein changes are of concern because they are the same mutations that allow other worrisome variants to bind more tightly to human proteins or to evade antibodies (SN: 2/5/21). Simulations of P.1’s properties suggest that the variant is 1.7 to 2.4 times more transmissible than the previous SARS-CoV-2 strain. It is not clear whether that increase in transmissibility is because people produce more of the virus or have longer infections.

Some studies have hinted that people who previously had COVID-19 can get infected with P.1. The new study suggests that people who had earlier infections have about 54 percent to 79 percent of the protection against P.1 as they do against other local strains. That partial immunity may leave people vulnerable to reinfection with the variant.

Whether the virus makes people sicker or is more deadly than other strains is not clear. The researchers estimate that coronavirus infections were 1.2 to 1.9 times more likely to result in death after P.1 emerged than before. But Manaus’ health care system has been under strain, so the increase in deaths may be due to overburdened hospitals.