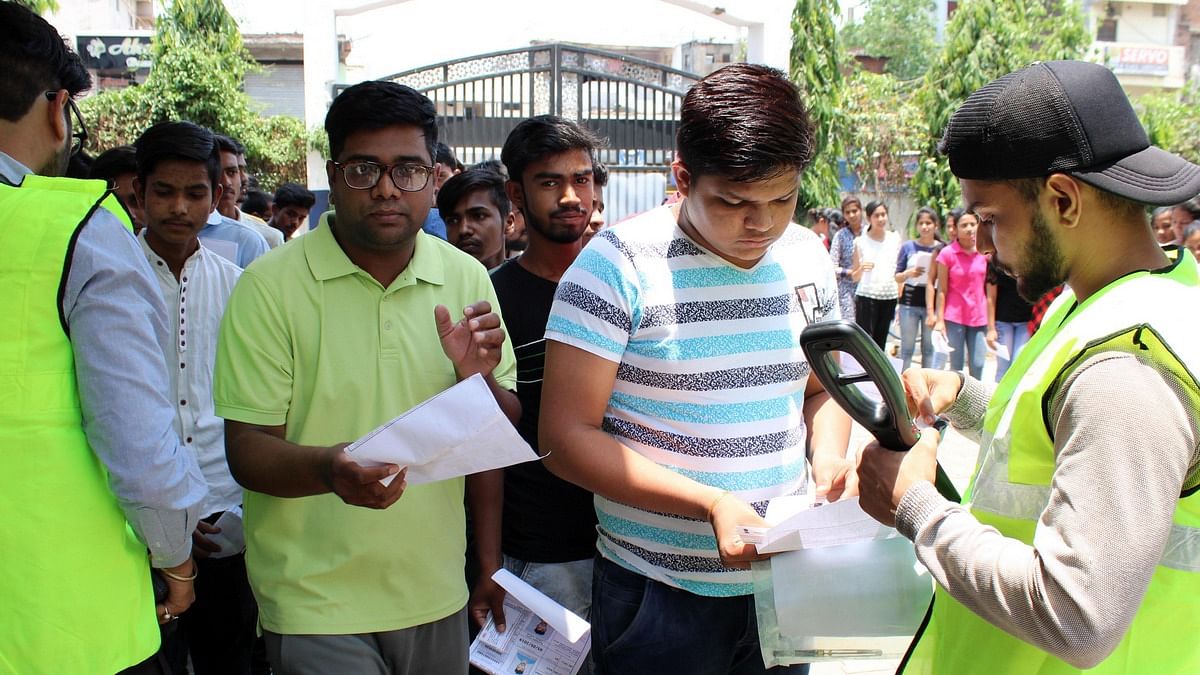 A fresh date for the exam will be decided later, he said.

“In light of the surge in #COVID19 cases, GoI has decided to postpone #NEETPG2021 exam which was earlier scheduled to be held on Apr 18. Next date to be decided later. Decision has been taken keeping wellbeing of our young medical students in mind (sic),” the health minister tweeted.

In light of the surge in #COVID19 cases,GoI has decided to postpone #NEETPG2021 exam which was earlier scheduled to be held on Apr 18
Next date to be decided later

Decision has been taken keeping wellbeing of our young medical students in mind.@PMOIndia @MoHFW_INDIA #NEETPG

The decision comes hours after NEET PG candidates across the country filed a PIL in the Supreme Court seeking postponement of the exam. The aspirants also referred to the Central Board of Secondary Education (CBSE) decision to postpone Class 12 board exams and cancel Class 10 exams for 2021.

Over the past few weeks, doctors have been running a campaign on social media using the hashtag #postponeneetpg to express the anguish of having to appear for the exam when many of them have been under stress due to the overwhelmed health services.

Earlier during the day, ThePrint reached Pawanindra Lal, Executive Director, National Board of Examinations (NBE), to know why the board wasn’t postponing the exam, but he declined to comment. Instead, he asked us to refer to the notice issued by the board on 9 April.

The notice states the board decided not to defer the examination as the peak of cases remains unpredictable.

NBE is an autonomous body under the Ministry of Health and Family Welfare which conducts postgraduate medical exams in India.

“Considering the importance of the examination in admitting post-graduates in their respective subjects for further training, it is in the best interest of candidates to continue to hold this examination on the announced date,” the notice said.

What aspirants had to say

Several doctors ThePrint spoke to earlier said appearing for the test at a time when Covid cases are rising exponentially is “mental harassment”. However, few others were of the view that they will take the test even though its’ “risky”.

Shivendra Kumar Patel, block medical officer at the CHC Semariya Community Health Center in the Siddhi district of Madhya Pradesh, is one such aspirant who has been trying to prepare for the NEET PG, even though has been on Covid duty for the last one year.

“I have paid over Rs 5,000 as fees for the entrance exam. I had enrolled for coaching as well, but the centres remained closed through the pandemic. I have been pulling 24-hour long shifts over the past few days as my colleagues had to go on leaves,” he told ThePrint.

“I got no time to prepare. A friend, who was also appearing for the exam this year, lost his life to Covid a few days back. Expecting us to appear for exams at a time like this is mental harassment,” he said.

He said his duty at the Covid-19 ward has kept him from being able to prepare for the exam.

Patel is among over 1.6 lakh aspirants who are likely to appear for the exam when it happens.

‘It’s risky but will sit for the exam’

The examination is a key step in the career of doctors wanting to pursue specialised practice. Some candidates such as Delhi-based Prince Aggarwal left his job at Sardar Vallabhai Patel Hospital to prepare for the exams.

Aggarwal said that he will have to appear for it despite the risk of infection, since this was important for his future.

Similarly, Dr Prateesh Kumar, posted on Covid-19 duty at AIIMS Raipur, said that he would rather give the exam now, since it has already been postponed once before in January.

Kumar has been pulling 12-hour shifts, taking time out between his duty to study.

“I have been preparing for this for two years. If the exam keeps getting delayed then we will lose focus. It is risky, but everyone appearing for this exam is a doctor. So I am hoping they will be responsible in declaring their symptoms before taking the exam,” Kumar told ThePrint.

How board planned to conduct test

All students were asked to sign a self-declaration form while appearing for the exam to inform authorities whether they have Covid-19 symptoms.

Vivek Pandey, a medical student and RTI activist, told ThePrint that many of his friends preparing for the test had decided to take a paracetamol before going to the examination centre, since the only screening that takes place is temperature checks.

However, in its notice, the NBE assured students that even those who show symptoms for Covid-19 will not be sent back.

Instead, it said, they will be allowed to take the exam in a separate isolation lab created for this purpose.

Candidates were also to be allotted time slots, communicated by SMS, to ensure staggered entry and exit. All candidates will be provided with face shields. The number of test centres have also been increased to avoid crowding, the notice said.

Patel, however, said that the precautions do not solve their issues.

“I will sit for the exam but I already know that I am not well prepared to clear it. I hope that perhaps next year things will improve,” he said.

However, Kumar said, “We all knew what we were signing up for when we became doctors. Our work stress will always remain.”

Also read: Gasping patients wait in ambulances, Ahmedabad’s largest Covid facility has no bed for them