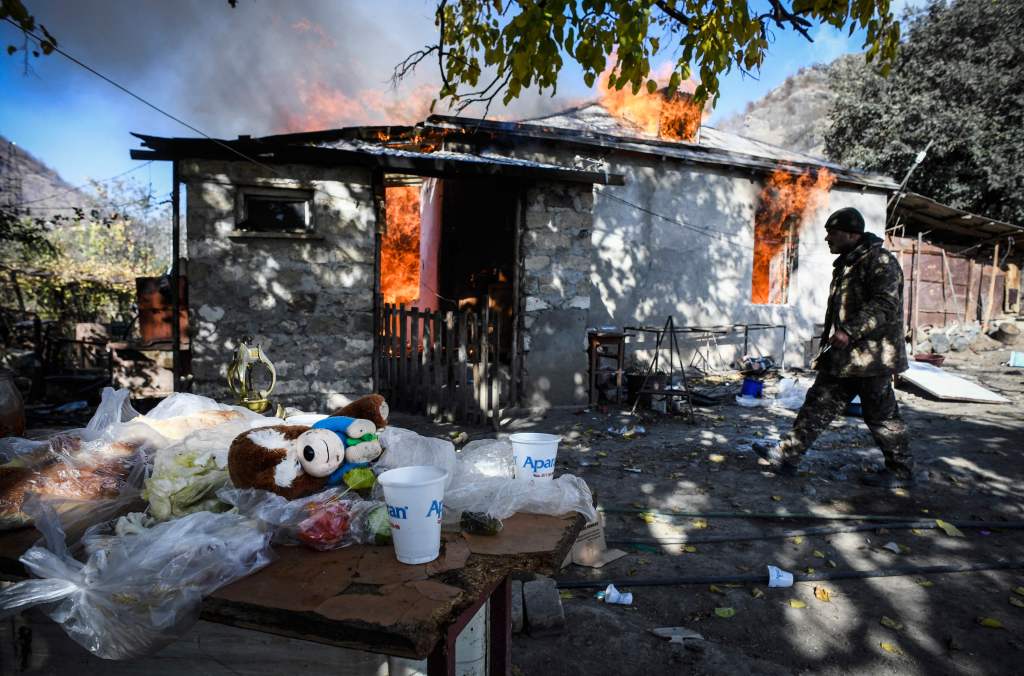 Following World War II, when the 1948 Convention on the Prevention and Punishment of the Crime of Genocide was adopted as the United Nations’ inaugural treaty, the jurist who initiated and championed the law explained on CBS TV that he “became interested in genocide because it happened to the Armenians” and “their criminals … were not punished.”

Despite being widely considered by academia as the first modern genocide and the Nazis’ template for the Holocaust, the WWI-era Armenian Genocide remains officially unrecognized by the White House.

This is largely because of decades of persistent protest by the government of Turkey, which categorically denies the monumental crime committed by its Ottoman predecessors in erasing the existence of the indigenous Christian peoples of Asia Minor, consisting of several million Armenians, Assyrians, and Anatolian Greeks in 1915-1923.

This month, however, President Joe Biden, a long-time advocate for Armenian Genocide awareness, has a unique opportunity to formally recognize the first modern genocide. Such recognition would be a welcome move beyond the obvious moral and historical reasons to acknowledge the atrocity.

Just months ago, the president of Turkey, Recep Tayyip Erdogan, encouraged and aided neighboring Azerbaijan to attempt — and partly succeed — at repeating the Armenian Genocide in a post-Soviet region called Artsakh, also known as Nagorno-Karabakh.

Starting on September 27, 2020, amid a global pandemic and the U.S. presidential election, Turkey-aided Azerbaijan launched a full-scale invasion on Artsakh, which is considered its occupied territory, ethnically cleansing much of the region from its indigenous Armenian community. This recent assault on Armenians arguably triggered other aggression in the name of “territorial integrity” against minorities, including the ongoing ethnic cleansing in Ethiopia’s Tigray region. (Colorado recognized the Republic of Artsakh in 2019.)

It is not too late for President Biden to support Artsakh’s right to existence, including by advocating for a humanitarian aid package. Despite winning the war in early November and ethnically cleansing Armenians from every square inch of lands taken over, Turkey-backed Azerbaijan has doubled down on its belligerence against Armenians, including by refusing to release nearly 200 Armenian prisoners of war and by engaging in the systematic erasure of Armenian monuments.

Cultural destruction is particularly painful for Armenians, who have spent the last 1,700 years creating a unique Christian culture, including the majestic khachkar (cross-stone), an intricately carved statuesque memorial. The world’s largest collective of medieval khachkars was the renowned cemetery of Djulfa (Jugha), once home to 10,000 medieval headstones, which was placed under Azerbaijan’s domain by a 1921 Turkish-Soviet treaty.

In December 2005, Azerbaijan deployed army platoons to remote Djulfa to eradicate the sacred site. Turkish and Azerbaijani officials claim that Armenians are not indigenous peoples. So Djulfa, they now say, never existed to begin with.

Denver residents and visitors have a unique opportunity to get a glimpse of what one of the 10,000 medieval khachkars of Djulfa looked like. The Colorado state Capitol khachkar on the northeast grounds of the statehouse is a Djulfa replica. It was unveiled on the 100th anniversary of the Armenian Genocide in 2015 and commemorates the victims of all crimes against humanity — from genocide to slavery.

Colorado has a long history of recognizing and commemorating the Armenian Genocide. In 2018, Colorado designated a portion of Arapahoe Road in Arapahoe County as the Sardarapat Armenian Memorial Highway. Colorado K-12 schools will soon require teaching regarding the Armenian Genocide, along with the Holocaust. This is not just world history. It’s also our own, American, history because in 1915-1930, scores of Americans volunteered for the Near East Relief, the first U.S. international humanitarian outreach, created to save and nurture over 100,000 orphans of the Armenian Genocide.

Ahead of April 24, the day when Armenian communities across the world and in Colorado will commemorate the Armenian Genocide for the first time since the recent Artsakh war, President Biden is uniquely positioned to right the bipartisan White House wrong of playing immoral politics with the first modern genocide. The Congress, which officially recognized the Armenian Genocide in 2019, has made such acknowledgment by the White House easier.

Cole Wist is an attorney with the law firm Squire Patton Boggs and a former Republican state representative from Arapahoe County. Simon Maghakyan is a lecturer in international relations at CU Denver and a community leader.