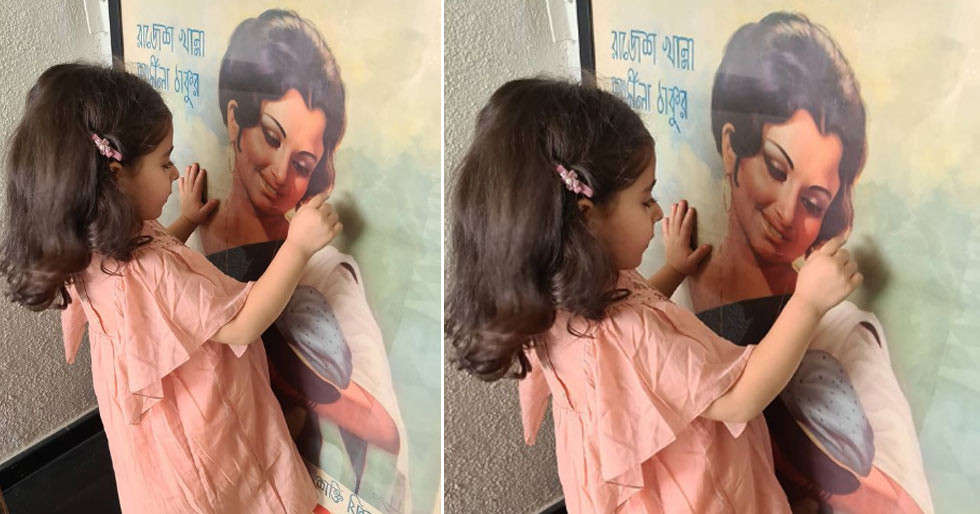 Actor Soha Ali Khan’s sister, Saba Ali Khan often shares hitherto unseen images of the Pataudi family. Not a day goes by without a treasure from Taimur’s aunt. Now, Khan has shared a sweet picture of Soha and Kunal Kemmu’s daughter Inaaya Naumi Kemmu admiring her grandmother, the iconic Sharmila Tagore in a poster from her hit 1969 film, Aradhana.

“My photography #Series Behind the camera is my forte. Love it. And been doing so for years!! Parents , siblings, kids. Moments in life … Captured,” Khan wrote in the caption. In the picture, an awed Inaaya can be seen completely moved by her grandmother’s image in a framed Bengali poster of the movie. In the poster, a lovely Sharmila Tagore is seen cradling a baby. Tagore starred opposite actor Rajesh Khanna in Aradhana. The movie tells the story of a woman who loses her husband and is shunned by society after she gets pregnant, having no way to prove to the world that she was indeed married once.