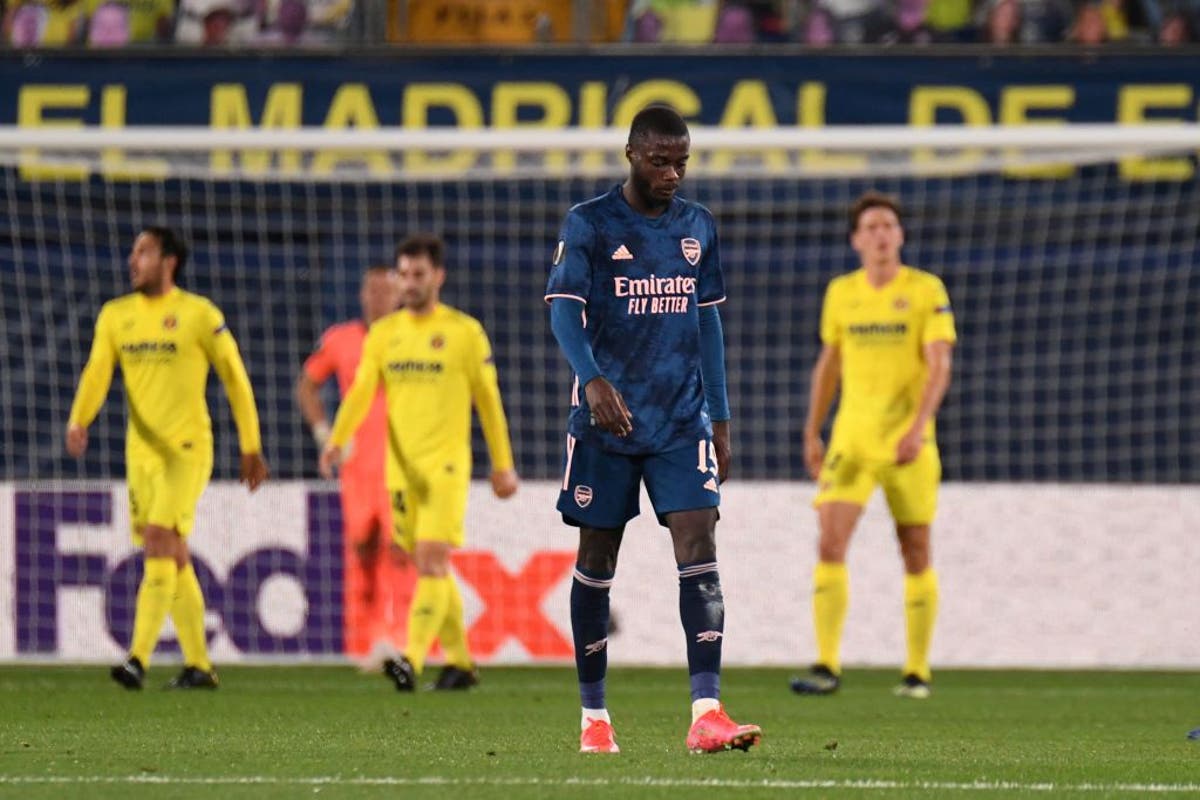 Arsenal and Villarreal meet on Thursday night with all to play for in the Europa League semi-final second leg.

The Gunners and the Yellow Submarine met a week ago, with the Spanish side triumphing 2-1 in that first encounter. Both sides had a man sent-off and Villarreal had the better of much of the match, but Nicolas Pepe’s away goal from the penalty spot could yet prove crucial.

At the weekend, Unai Emery’s team won in LaLiga while Mikel Arteta’s side beat Newcastle in the Premier League.

Both clubs’ seasons hinge on this match though, with a place in the final, a trophy and a shot at the Champions League next term all up for grabs for the victor.

Here’s everything you need to know ahead of the match.

When is the game?

The match kicks off at 8pm BST on Thursday, 6 May.

Where can I watch it?

The game will be shown live on BT Sport 2 and BT Sport Ultimate. Subscribers can stream the match via the BT Sport app and desktop website.

What is the team news?

The Gunners will be without Dani Ceballos after his red card in the first leg, while David Luiz is also sidelined through injury. Kieran Tierney and Alexandre Lacazette remain unlikely to feature from the start too, having only returned to full training on Tuesday.

Like Ceballos, Etienne Capoue was sent-off a week ago and will miss this game, suspended. Juan Foyth is a doubt after missing the weekend game, while Vicente Iborra is out.

Villarreal to see out the job and Unai Emery to take a measure of personal revenge over an Arsenal team which remains wildly inconsistent and frustrating. Arsenal 1-2 Villarreal (2-4 agg).