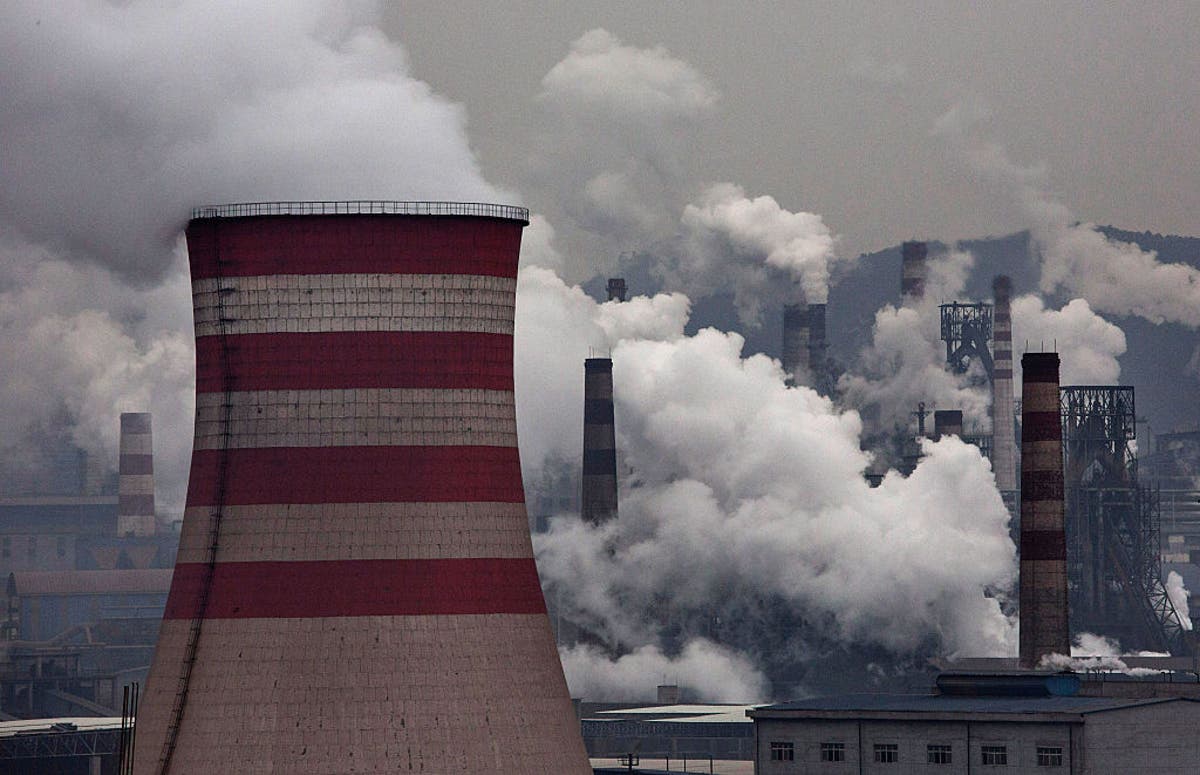 The new research from Rhodium Group found that in that year, the superpower produced carbon emissions that were more than triple its 1990 levels, and had increased by 25 per cent that decade.

China’s share of the 2019 global emissions total of 52 gigatons rose to 27 per cent.

This meant that the country not only stretched past the US in terms of planet-heating pollution – the world’s second largest emitter accounted for 11 per cent of global emissions that year – but also “for the first time, surpassed the emissions of all developed countries combined”, the report states.

The report refers to the emissions from all members of the intergovernmental economic organisation, the OECD, along with all 27 EU member states.

The findings also noted that for the first time India came in ahead of the EU as the world’s third largest emitter, accounting for 6.6 per cent of global emissions over the bloc’s 6.4 per cent.

However, Rhodium researchers also note that because of China’s large population of 1.4 billion people, its per capita emissions remain lower than than those in the developed world.

In 2019, China’s emissions reached 10.1 tons for each person, tripling over the past 20 years. However this is less than per capita levels across OECD nations (at 10.5 tons) and well below Americans at 17.6 tons.

Final data for 2020 is not yet available but the think tank projects that China’s per capita emissions would outstrip OECD average as the country’s net emissions grew 1.7 per cent last year while pollution dropped in almost every other nation due to the coronavirus pandemic.

While greenhouse gas pollution in China is booming, largely due to its proliferation of coal plants, historically it has been a low emitter compared to developed nations whose industrialized economies began driving the current climate crisis from the mid-18th century.

“A large share of the CO2 emitted into the atmosphere each year hangs around for hundreds of years,” Rhodium noted. “As a result, current global warming is the result of emissions from both the recent and more distant past.”