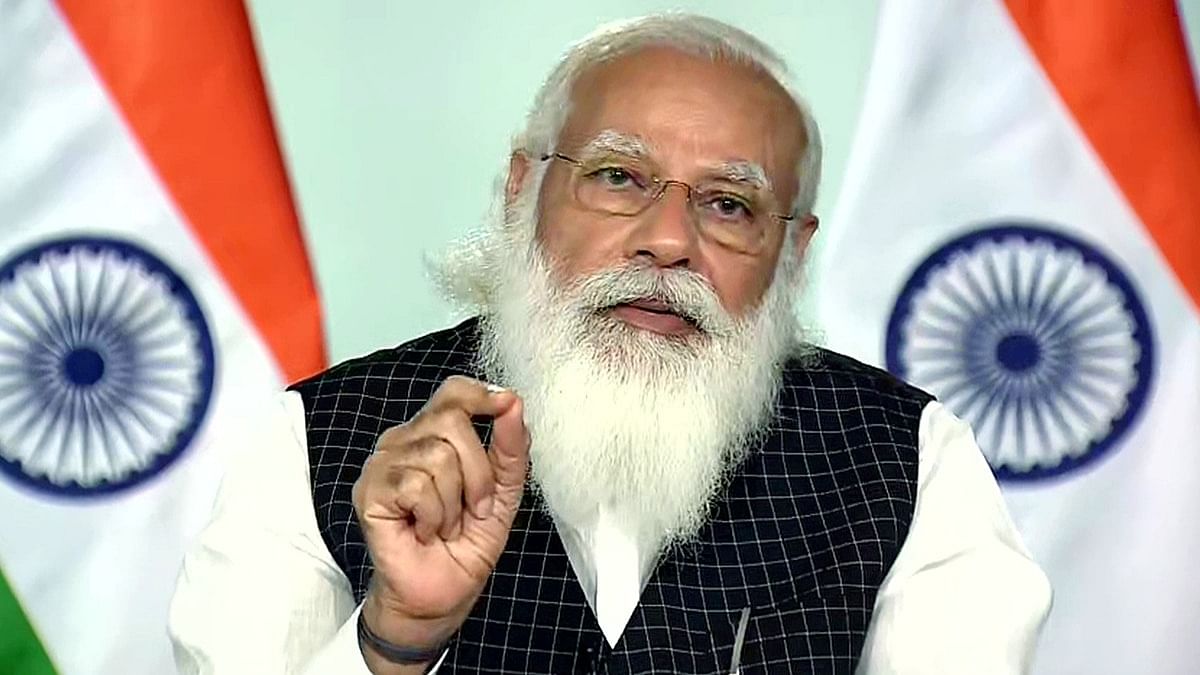 
New Delhi: Prime Minister Narendra Modi on Thursday held a comprehensive review of the public health response to COVID-19 where he said states should be given help and guidance for ramping up healthcare infrastructure, while the need for ensuring holistic containment measures was also discussed.

During the review, the prime minister also stressed the need to sensitise states so that the speed of vaccination against COVID-19 doesn’t come down and was briefed that around 31 per cent of the eligible population over the age of 45 has been given at least one dose, according to a statement issued by the Prima Minister’s Office.

The prime minister was given a detailed picture on the COVID-19 outbreak in various states and districts, and was informed about the 12 states which have more than 1 lakh active cases, the PMO said.

He was also apprised about the districts with high burden of the disease, the statement said.

Modi reviewed the progress of vaccination and the roadmap for scaling up production of vaccines in the next few months.

During the comprehensive review of the COVID-19 related situation in the country, the prime minister was informed that around 17.7 crore vaccines have been supplied to the states.

Citizens should be facilitated for vaccination despite lockdowns and healthcare workers involved in inoculation must not be diverted for other duties, the prime minister said.

The need to ensure quick and holistic containment measures was also discussed, it said.

Modi noted that an advisory was sent to the states to identify districts of concern where case positivity is 10 per cent or more and bed occupancy is more than 60 per cent on either oxygen supported or ICU beds.

The prime minister also reviewed the availability of medicines and was briefed about the rapid augmenting of production of medicines including Remdesivir, according to the PMO.