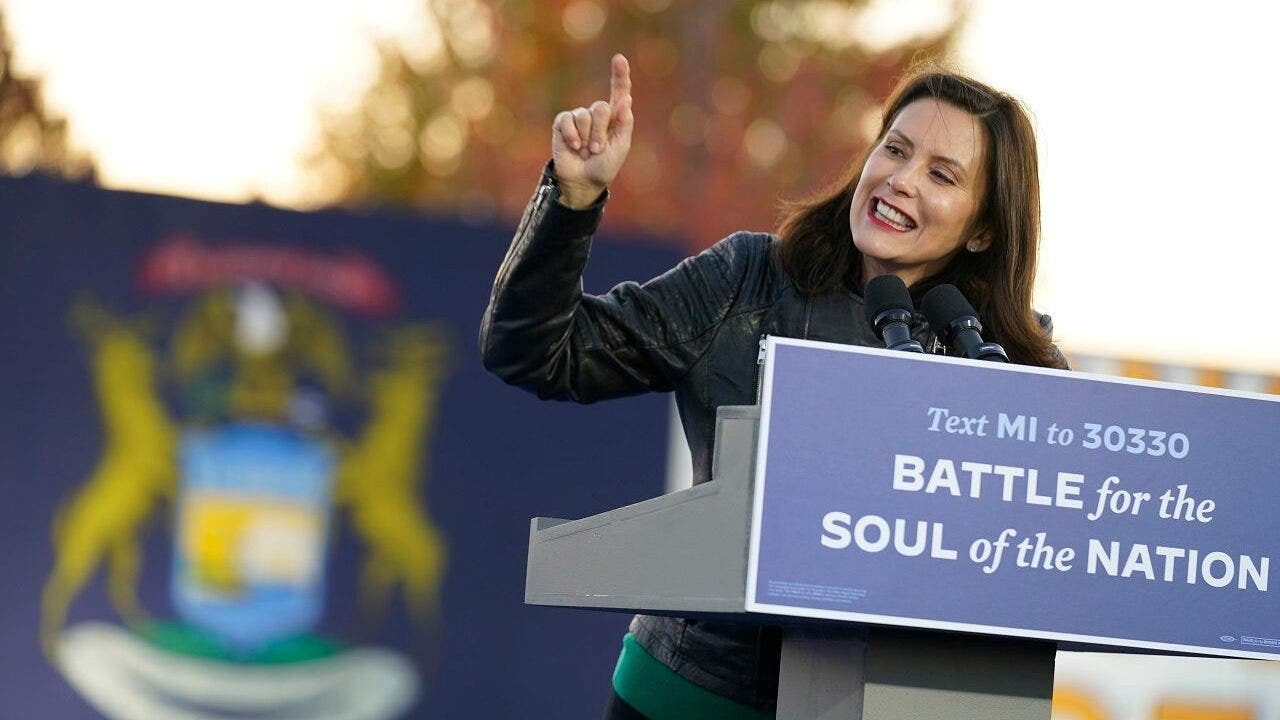 Michigan Gov. Gretchen Whitmer refused to answer a reporter’s question asking who paid for the private jet she used to visit her father in Florida during her statewide travel advisories.

Whitmer was asked on Thursday by WWTV reporter Eric Lloyd for a response to the recent report by journalist Charlie LeDuff in Deadline Detroit that the governor approached wealthy businessmen in Detroit to use the private plane they share.

The embattled governor — who is facing down both the Florida travel scandal and the COVID-19 nursing home scandal in her state — declined to answer Lloyd’s question.

“Listen, I’ve said everything I’m going to say about my trip to go check on my father,” Whitmer said. “It was a quick trip, there was an important family reason for doing it, and I’ve got nothing to add.”

When pressed by Lloyd on why the governor and her office were being “very secretive” about the trip, Whitmer said that her office doesn’t discuss her travel plans.

“We don’t discuss my travel. I have received an incredible number of death threats over the last year and a half,” Whitmer said. “There are a lot of reasons that we don’t discuss how I travel, when I travel, and that is all I’m going to say at this point.”

The governor shot down a third question by the reporter as to the dates of her trip, responding, “I told you I’ve said everything I’m going to say about that right now.”

Whitmer’s office did not immediately respond to Fox News’ request for comment.

“Gretchen Whitmer’s refusal to disclose key details about her sabbatical to Florida is raising additional questions about her lack of transparency and adherence to her own rules,” said Gustafson. “Dodging media requests and stonewalling reporters is a far cry from the candidate who promised more transparency. Michiganders deserve better than Whitmer.”

The Deadline Detroit report also noted that Whitmer had used the private jet to travel to Florida for four days, rather than two, as her office had originally stated.

MICHIGAN GOV. WHITMER LIED ABOUT TRAVELS BEFORE FLORIDA TRIP REVEALED: ‘I WAS HERE IN TOWN THE WHOLE TIME’

Michigan Republican Party executive director Jason Roe told the outlet that Whitmer is “compounding her lies” by not revealing the details of her trip.

“Governor Whitmer lied about her trip to Florida and is compounding her lies by refusing to disclose the cost of the private plane she used, if she paid for her personal trip, and what the fair market value of that payment was,” Roe said.

“She ran a campaign based on transparency (her so-called Sunshine Plan) but has been the most opaque governor in Michigan history. I guess by ‘sunshine’ she meant the Sunshine State.”

The report also revealed that Whitmer was unvaccinated at the time of travel, when she had warned the people of her state against traveling due to a spike in COVID-19.

JOHN JAMES: DESANTIS SHOULD GET AWARD FOR COVID RESPONSE, NOT WHITMER AFTER HER ‘DRACONIAN’ LOCKDOWNS

“We wondered why she reached out to us instead of booking a private charter,” one of the plane’s owners said, who remained anonymous. “You can’t tell a governor ‘no.’ Who needs that kind of trouble?”

Detroit political consultant Adolph Mongo told Deadline Detroit on Thursday that the flight was a “political favor,” not a “legitimate political expenditure.”

“She said she was going to see her sick daddy, but that’s not a legitimate political expenditure,” Mongo said. “What it is, is a political favor. She asked. She got on their plane. Now she owes them one.”

According to the report, if Whitmer had chartered the same jet through a company, it would have cost around $40,000 — more than a quarter of her pre-tax salary.

Houston Keene is a reporter for Fox News Digital. You can find him on Twitter at @HoustonKeene