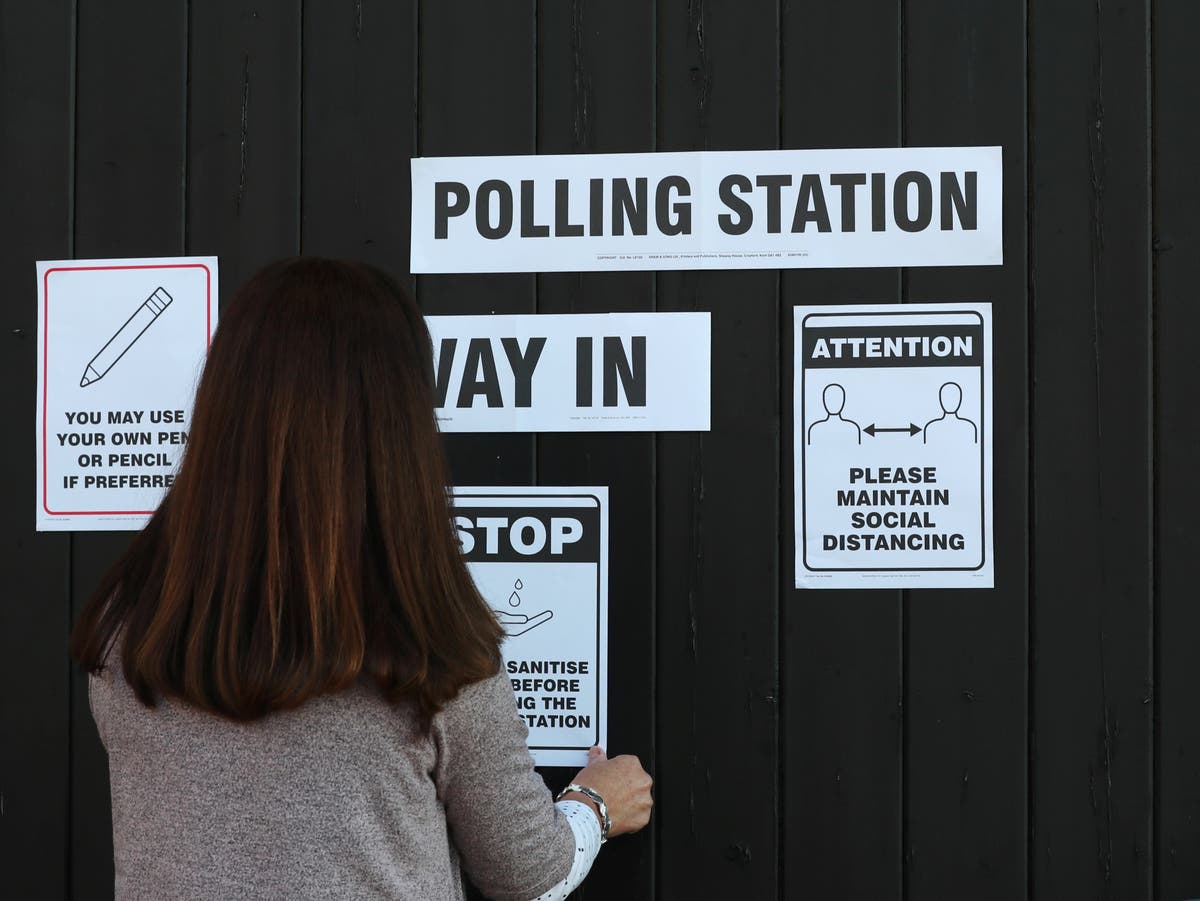 Elections 2021 – when will we know the results?

The Conservatives have won the “red wall” stronghold of Hartlepool from Labour.

Gleeful Tory supporters put up a 30-foot inflatable model of the PM outside the count.

Labour leader Sir Keir Starmer looks set to endure a difficult few days. “Labour has not yet changed nearly enough for voters to place their trust in us,” a party source said. “We are listening.”

In Scotland, the stakes could not be higher. SNP leader and first minister Nicola Sturgeon wants a mandate for an independence referendum – promising to hold a “legal” vote if she wins a majority at Holyrood.

Results from more local and mayoral contests, including ballots in West Midlands and Tees Valley, are expected on Friday. In London, incumbent mayor Sadiq Khan is expected to win re-election for a second term.

Conservatives have taken the “red wall” stronghold of Hartlepool from Labour.

The Tory candidate Jill Mortimer won by a stunning majority of 6,940. The Labour candidate Paul Williams got just 8,589 votes.

Massive swing to Tories in Dudley

The Tory vote in the West Midlands council of Quarry Bank and Dudley Wood was up by almost 38 per cent, while the Labour vote slumped by 16 per cent. A sign of things to come?

If you missed some of the polling day drama, Nicola Sturgeon called the former Britain First deputy leader a “racist” and “fascist” after being confronted by her on the streets of Glasgow.

Jayda Fransen, standing as an independent in Glasgow Southside, confronting the SNP boss outside a poll station. Sturgeon told her: “You are a fascist, you are a racist and the southside of Glasgow will reject you.”

‘We have not yet changed nearly enough’

A Labour source said leader Keir Starmer would “take responsibility for these results” as the party looks set for a demoralising defeat in Hartlepool.

“We’ve said all along the North East and the Midlands would be difficult,” the source said. “We also said the places declaring Thursday would be particularly difficult.

“But the message from voters is clear and we have heard it – Labour has not yet changed nearly enough for voters to place their trust in us. We understand that. We are listening. And we will now redouble our efforts.”

Labour hold Newcastle – but ‘long process’ of losses ahead

Labour have held onto Newcastle Council. But the party is expected to face a difficult few days. Professor Michael Thrasher said: “Friday, Saturday, and Sunday is going to be a long, slow process for the Labour party to accommodate the scale of losses they might suffer.”

Harlow MP Robert Halfon said he was “proud” after the Tories seized control of the Essex district’s council from Labour. The party won 11 seats, including 7 from Labour.

“Harlow Council now under Harlow Tories Conservatives control for only the second time in the history of our town.”

Labour concede they are ‘not close to winning’ Hartlepool

Labour has all but conceded defeat in the Hartlepool by-election after a shadow cabinet member admitted the party was “not close to winning this”.

Shadow transport secretary Jim McMahon, who led the opposition party’s campaign to hold the North East town, said it looked clear that Labour had not “got over the line”.

McMahon told Sky News: “It is pretty clear in the way the ballots are landing that we are not close to winning this despite our best endeavours. We haven’t got over the line, that’s quite clear from the ballots.”

The Conservatives have taken control of Nuneaton & Bedworth council from Labour after winning 13 of the first 14 seats declared.

It makes it the first to change hands tonight. Nuneaton’s Tory MP Marcus Jones expressed his joy after the Conservatives gained control.

Inflatable Boris emerges at 4am

In what I think it’s fair to say can be interpreted as a sign of confidence, the Tories have erected a giant inflatable Boris Johnson outside the by-election count in Hartlepool.

Quite impressive from afar, but not sure the detail stands up to scrutiny…

Redditch becomes the first council result of the night, with the Conservatives winning all nine of the seats being contested, a gain of seven from Labour.

There was no change of control, with the Conservatives holding 25 seats on the new council and Labour just four, losing both their leader and deputy leader.