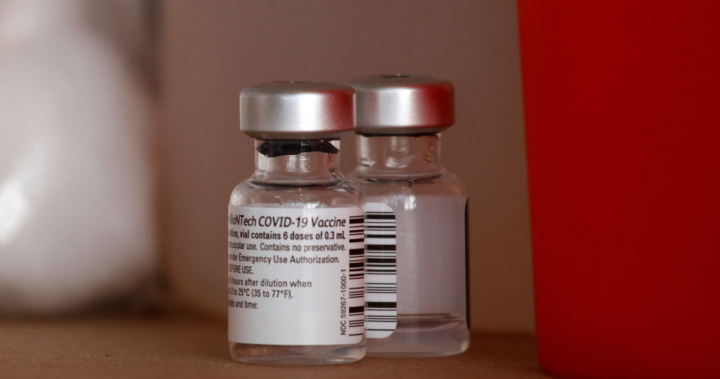 Pfizer-BioNTech’s COVID-19 vaccine was found to be extremely effective at preventing severe outcomes — like hospitalization and death — caused by more transmissible or vaccine-resistant variants, according to two recently-published studies.

Published on Wednesday, the two studies which focused on the vaccine’s usage in Israel and Qatar found that Pfizer’s shot gave near-total protection against the worst possible outcomes of contracting the virus from either the B.1.1.7. variant first found in the U.K. and the B.1.351 variant that was discovered in South Africa.

Researchers previously found the B.1.1.7 variant to be as much as 65 per cent more transmissible than the original, dominant version of COVID-19, while the B.1.351 was found to carry mutations that allowed the variant to be more resistant to vaccines.

The Qatar-based study, published in the New England Journal of Medicine, used data from the country’s national COVID-19 database, which is comprised of over 265,000 people who received two doses of the Pfizer shot as of March 31.

Overall, the researchers found that the Pfizer shot was 97.4 per cent effective at preventing “severe, critical or fatal disease” from any form of COVID-19, and that it was 100 per cent effective in the same category against both the U.K. and South African variants.

The other study, which was published in The Lancet and conducted by Israel’s Ministry of Health, found, based on data analyzing Israel’s rollout of the Pfizer shot, that it offered 95 per cent protection against COVID-19 infection seven days after the second jab.

Until the start of April, the analysis used data from more than 5 million people — over 70 per cent of the population — that received two doses of the Pfizer shot.

The researchers said that vaccine effectiveness against the South African variant could not be estimated in their study “because of the small number of B.1.351 infections identified in Israel during the study period.”

The research, however, revealed that protection was found to be significantly lower if recipients were given just a single dose of the Pfizer vaccine instead of two.

2:21
Canadians might be vaccinated ‘sooner than originally anticipated,’ official says

“Importantly, the study shows that two doses of the vaccine significantly increase levels of immunity and protection. This is why it is important that people get both doses,” said Dr. Jonathan Ball, a professor of molecular virology at the University of Nottingham via London’s Science Media Centre.