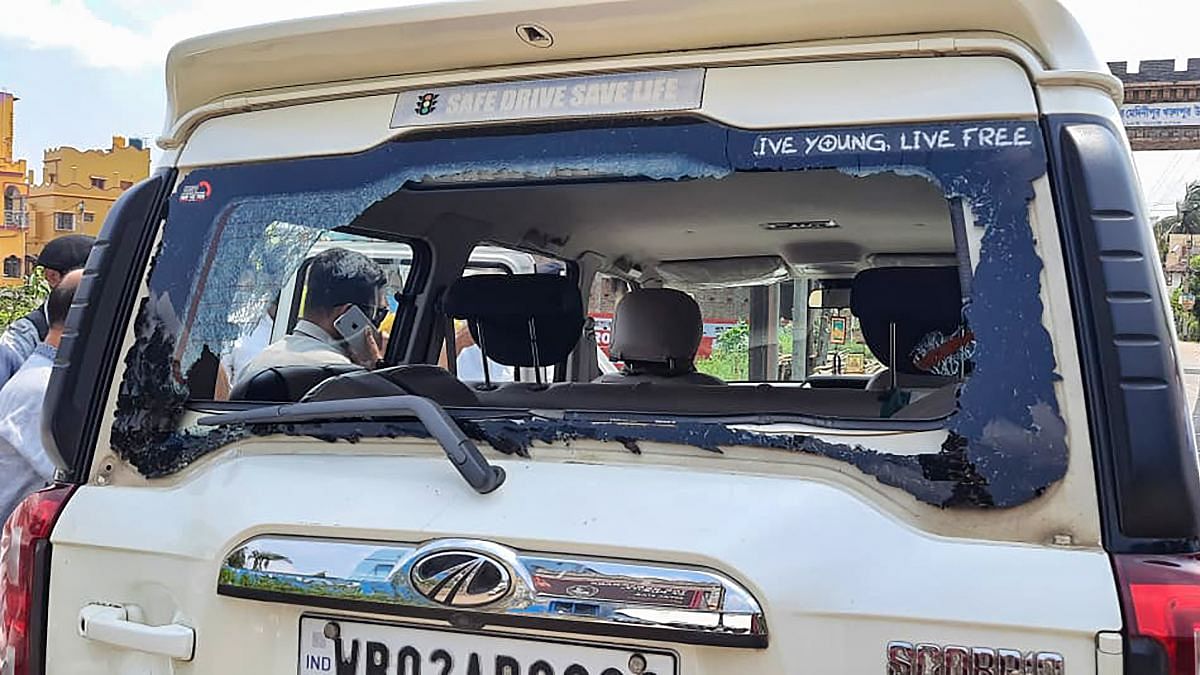 
Kolkata: Union Minister of State for External Affairs V Muraleedharan’s car was vandalised at Panchkuri village in West Midnapore district on Thursday while he was visiting the area in connection with alleged post-poll violence on saffron party workers.

Muraleedharan alleged in a tweet that the “TMC goons” were behind the attack on his convoy.

“I went to West Midnapore to meet party workers who have been attacked and their homes were vandalised. I was moving from one house to another with my convoy and then all of a sudden a group of people started charging towards us and attacked,” Muraleedharan said.

“I am safe, but my driver was injured, few car windows were also smashed,” the minister told PTI.

BJP national secretary Rahul Sinha who was accompanying the minister claimed that the attack took place despite the presence of the police personnel.

An officer of Kotwali police station in West Midnapore said that they are probing into the incident of the attack on the minister’s convoy.

“It happened at around 12.30 pm today when some unidentified people attacked the minister’s convoy,” he said.

No one has been detained or arrested so far, the police officer said.