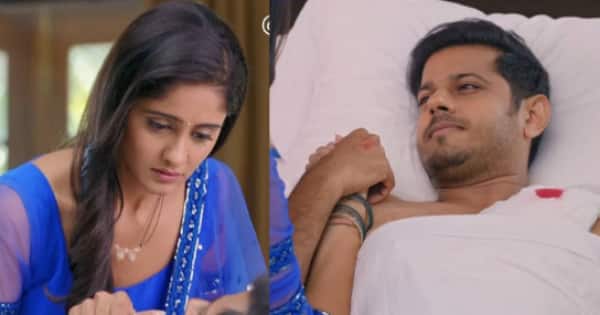 In the latest episode of Ghum Hai Kisikey Pyaar Meiin, we saw Pakhi aka Aishwarya Sharma taking care of an injured Virat aka Neil Bhatt. Virat Chavan had taken a bullet to his chest to save his comrade during his mission. Sayi aka Ayesha Singh upon learning the truth was worried sick for Virat. However, Pakhi had stopped her from meeting Virat. It is so that Pakhi has become very territorial about Virat. After learning about Virat’s lack of feelings for her, she wants to prove herself by taking care of him. And now, we have an interesting spoiler for y’all. The upcoming episode of Ghum Hai Kisikey Pyaar Meiin is going to take an interesting turn.

In the upcoming episode, Sayi will reach the hospital yet again. However, Pakhi will again taunt her and try to make her leave. However, an adamant Sayi would refuse to budge. Pakhi will tell her that she should not disturb Virat while he is resting. She also says that nobody wants her to come and visit Virat. Sayi tells her that if Virat asks her to leave, she’ll leave. Pakhi reminds her that she should have saved her relationship when Virat had come to Gadchiroli to seek her forgiveness. Sayi reminds her that whatever happened between the two of them is the matter of husband-wife and that she should not interfere between them. Furthermore, Sayi will remind Pakhi that she is still married to Virat which means she is still his wife.

Later, when Virat will call out Sayi, she would barge into his room to find him on the floor. Sayi will take care of Virat and also reprimand him for not being careful. They will share some cute moments with each other. Pakhi will reach into his room and find Sayi and Virat holding hands. Pakhi would lash out at Sayi and ask her to leave. The two would get into an argument which Virat would witness. When Pakhi would ask Virat to make Sayi leave, she would be in for a shocker when Virat would ask her to leave instead.
In the next episode of Ghum Hai Kisikey Pyaar Meiin, we will see Pakhi reminding Virat of how Sayi had insulted him back in Gadchiroli. Virat would turn to Sayi and seek assurance that Sayi has forgiven him and is not taking pity on him.