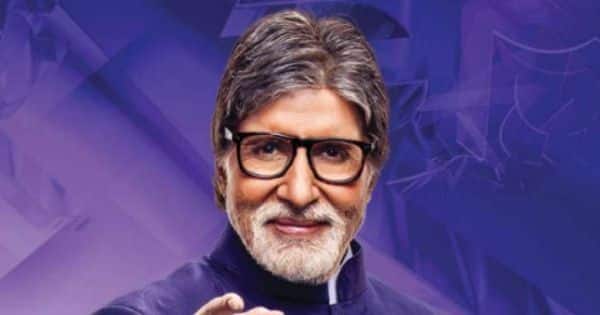 The most iconic game show of Indian television, Kaun Banega Crorepati hosted by Amitabh Bachchan, has announced its 13th season. It is believed to be a life-altering show for those who possess the power of knowledge. To be able to fulfil one’s dreams, effort of taking the first step counts the most. KBC 13 will be produced by StudioNEXT and the selection process will be conducted through SonyLlV. Like last year, this season the entire selection process will be done digitally and KBC is expecting to witness multifold increase in participation from the audience. Also Read – Is Abhishek Bachchan a better actor than his father Amitabh Bachchan? The Big Bull star REACTS

Sony Entertainment Television will commence registrations for the 13th Season of KBC from 10th May. Mr. Bachchan will ask one new question every night at 9:00PM on Sony TV. You can answer these questions either through SMS or through Sony LIV. Also Read – 29 Years of Khuda Gawah: With Amitabh Bachchan and Sridevi’s classic completing another anniversary, let’s check out their other popular movies

Participants who have answered the registration questions correctly and have been shortlisted by the randomizer based on certain pre-defined reservation criteria, will be reached out to, telephonically, for further assessment. Also Read – From Amitabh Bachchan to Lucky Ali and Divyanka Tripathi — 9 celebs who became victims of death hoaxes

The auditions comprising a General Knowledge test and video submission will be conducted exclusively via SonyLlV. While this may seem a herculean task, every detail of the process will be explained through a simple tutorial, easily accessible on SonyLlV.

The last and final round is that of interview with shortlisted auditionees.
The entire selection process will be verified by an independent audit firm.

Registrations start 10th May onwards at 9:00 p.m. only on Sony Entertainment Television. Will you be trying your luck this time?