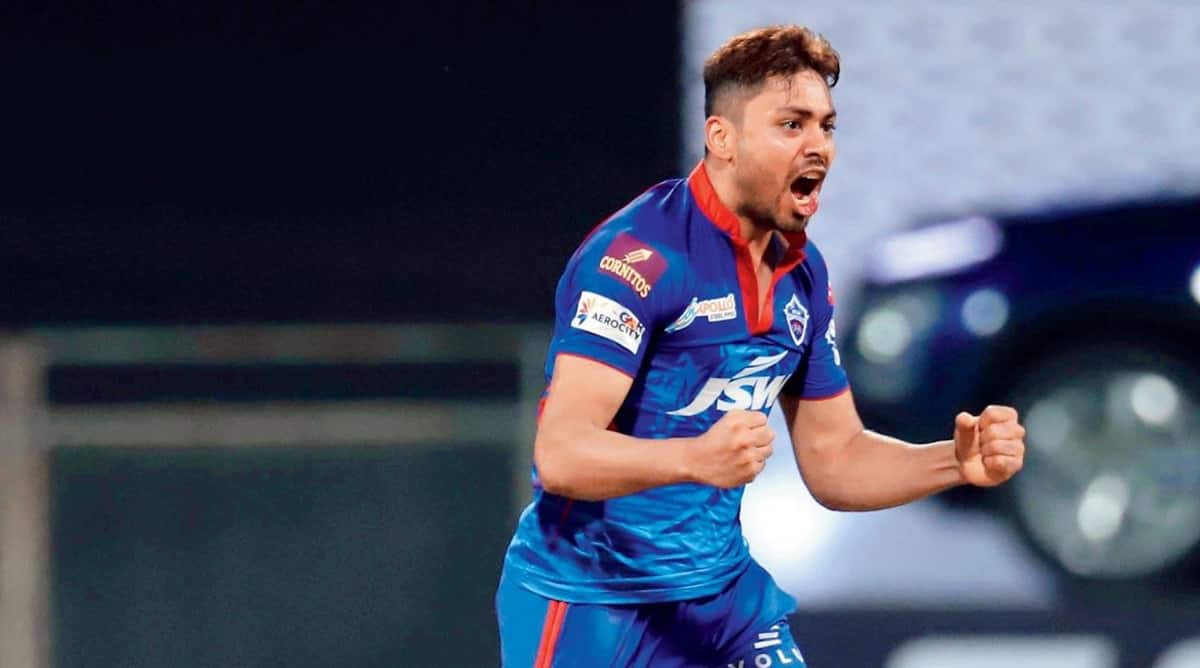 “Those people who had said that I couldn’t do anything are messaging me now. I have become popular overnight. I am enjoying it but my father tells me to stay grounded, and that fame doesn’t last long,” Avesh Khan has turned philosophical in a blink.

Good things are happening in his life. His performances in the Indian Premier League (14 wickets) brought recognition from people in his hometown. He will now travel to England as a stand-by for the World Test Championship final and the subsequent five-Test series against England.

The journey to here hasn’t been easy. When Khan was 14, his family faced a sudden reversal in fortunes. Father Mohammad Ashique Khan had a small paan shop by the roadside in Indore, which was demolished by the local authorities to widen the road.

He remembers the day clearly. The mood at home was suddenly sombre. The road construction began, as did the family’s struggles for the next two years. “Gumti (paan shop) se papa used to earn 500 rupees but one day it was broken. Suddenly for the next two years, life was full of struggle. I told myself, ‘kuch karna hi padega, aise nahi chalega’, (I have to do something, life can’t continue like this)”. And Khan has done it. He is now a hero in his area.

Talk about the latest exploits – in the IPL – and he zooms in to his collaboration with Delhi Capitals captain Rishabh Pant. Both hit upon a working method during the tournament: At the top of his run-up, Khan would glance at Pant to spot a sign. They had pre-determined signs for the different balls to be bowled.

“When I was about to start my bowling run-up, I used to look at Pant. At that moment the batsman is watching only me, and not anyone else. So if Pant wants me to bowl a yorker, we have a sign for it. If he wants me to bowl wide outside off, I will know by his sign,” he tells this newspaper.

Khan brings up the dismissal of MS Dhoni to detail his point. He had wanted to have a long-on but Pant wanted to keep the fielder inside the circle, at mid-on. “Only a few overs were left and Pant knew that Dhoni will try to hit out. But he also knew that Dhoni is playing after a gap of four months and it won’t be easy for him. Pant told me to bowl just short of a length. I did just that, Dhoni tried to hit, but got an inside edge and was bowled.”

What if there was no sign from Pant when he stood at the top of his run-up? “It means I now have to use my brains!” Khan quips. Which he has done well in recent times to further his career.

He always had pace but lacked the variations. Like a slower one. He worked on it for months to develop it as a potent tool. “I train with two friends Venkatesh Iyer and Rajat Patidar. I asked them if they can read my slower ball and kept on improving it until they couldn’t pick it easily.”

Khan’s stock ball is the one that comes into right-hand batsmen. “It’s the ball on a good length that comes in. It’s almost by default, you can say, because of bowling a lot in domestic cricket. I was lacking the slower ones and told Iyer and Patidar that I am going to bowl slower ones. And told them to let me know if they can read it or not,” he says.

It came in handy in the IPL, where he says he was initially lucky to get a break in the playing XI. Delhi had pacers like Umesh Yadav, Ishant Sharma, Kagiso Rabada , Anrich Nortje and Chris Woakes but the team management showed faith in Khan.

“I was lucky. Rabada and Nortje weren’t there in the first match. Umesh bhai had some niggle, so the team showed faith in me. In fact, (head coach) Ricky Ponting and Pant had told me a week before the match that I will be getting a chance; ‘so be ready,’” Khan says.

He remembers a line Ponting said in the dressing room after the game. “He said that, ‘whenever we wanted a wicket, Avesh got it for us. Whenever we wanted some pressure to be built, he did it. Avesh is our go-to man, he was just outstanding’. Those words from Ponting really pumped me up. I am in a team where the margin of error is so less. One bad game and I am out. The people who are benched are all India players. I have no choice but to grab every opportunity.”

Khan is now waiting to seize any opportunity that comes his way in England.