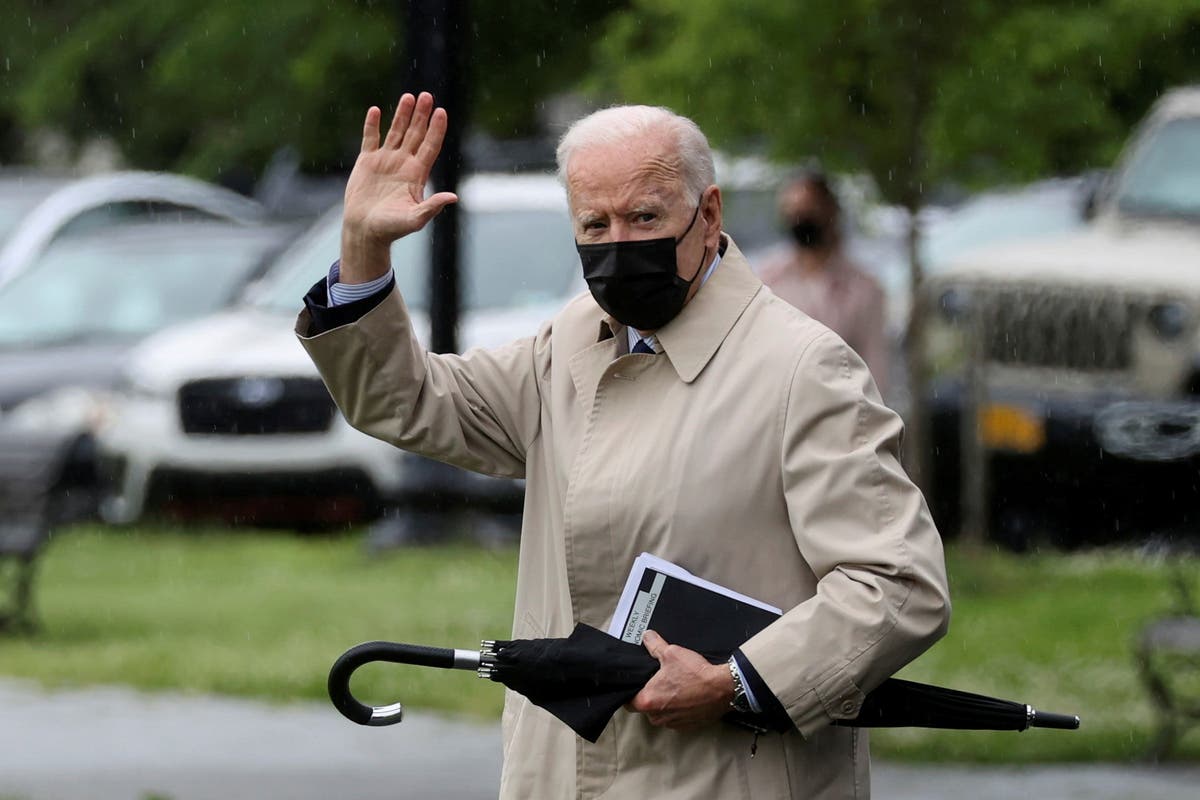 The Biden administration has promised a robust response to a cyber attack that shut down a vital US pipeline, vowing to deliver an “all-hands-on-deck” effort to restore operations and avoid disruptions in the energy supply.

It comes as the temporary halting of operations on the pipeline that carries gasoline and other fuel from Texas to the northeast coast stretched into a third day.

Meanwhile, as House Republicans are push ahead with their expected ousting of Representative Liz Cheney from her leadership spot for voting to impeach Donald Trump after the Capitol insurrection, her colleague Adam Kinzinger – who also voted to impeach – compared the party to the Titanic, and warned of a “circular firing squad” over Ms Cheney’s various remarks.

In the strongest sign yet that Ms Cheney faces defeat in a party vote expected on Wednesday, the top Republican in the House of Representatives said he would back congresswoman Elise Stefanik to replace the Wyoming Republican as chair of the 212-member House Republican Conference.

Adam Kinzinger, an Illinois congressman who has become one of the Republican Party’s few outspoken Trump critics in Washington, had a grim analysis of the state of his party yesterday – comparing it to none other than the Titanic, which sank in 1912 and took more than 1,500 people with it.

Noting that Liz Cheney’s views on the 6 January insurrection match what Minority Leader Kevin McCarthy was saying just after the event, he pointed out that four months after the riot, “we have so many people, including the leadership of our party, that has not admitted that this is what it is”.

The US government declared a regional emergency after a key pipeline was hit by a cyberattack and warned that such attacks are “here to stay.”

It’s embarrassing to be a state senator, says GOP lawmaker in Arizona

A Republican in Arizona says it’s “embarrassing” to be a state senator at present.

“It makes us look like idiots,” he told the New York Times. “Looking back, I didn’t think it would be this ridiculous. It’s embarrassing to be a state senator at this point.”

Pete du Pont, two-term governor of Delaware and part of one of America’s wealthy dynasties, has died at the age of 86 at his home in Wilmington.

President Biden will this week meet with the Republicans’ top lawmaker in the House, Kevin McCarthy – a Trump loyalist who rejected the electoral college’s certification of results in January.

Mr McCarthy, the Republican House minority leader, has been unwilling to distance himself from the former president in the aftermath of his election defeat, setting up a potentially frosty affair with the White House’s new occupant when the pair meet on Wednesday.

It will be their first meeting since Mr Biden assumed office. Aides in both camps say the talks will be an opportunity to reset relations after the Trump era.

A new White House task force is looking back at instances when politics interfered with science and trying to come up with ways to prevent that from happening again.

Eager to turn the page on the Trump years, the Biden White House is launching an effort to unearth past problems with the politicization of science within and to tighten scientific integrity rules for the future.

A new 46-person federal scientific integrity task force with members from more than two dozen government agencies will meet for the first time on Friday. Its mission is to look back through 2009 for areas where partisanship interfered with what were supposed to be decisions based on evidence and research and to come up with ways to keep politics out of government science in the future.

The effort was spurred by concerns that the Trump administration had politicized science in ways that put lives at risk, eroded public trust and worsened climate change.

“We want people to be able to trust what the federal government is telling you, whether it’s a weather forecast or information about vaccine safety or whatever,” said Jane Lubchenco, the deputy director for climate and environment at the White House Office of Science and Technology Policy.

People need to know “it’s not by fiat, somebody’s sort of knee-jerk opinion about something,” added Alondra Nelson, the science office’s deputy director for science and society.

Sanders opposed to reintroduction of SALT

Bernie Sanders has said he is opposed to the re-introduction of Salt – state and local tax deductions which benefit wealthier residents of Democratic states.

Senior party figures including Chuck Schumer and Nancy Pelosi are among those lawmakers pushing for the move.

But in an interview with Axios on Sunday, Vermont senator Mr Sanders said bringing back SALT would send a “terrible message”.

He said: “It sends a terrible, terrible message when you have Republicans telling us that this is a tax break for the rich.

“In fairness to Schumer and Pelosi, it is hard when you have tiny margins, but you have got to make it clear which side you are on — and you can’t be on the side of the wealthy and powerful if you’re going to really fight for working families.”

On the floor of Veterans Memorial Coliseum, where Sir Charles Barkley once dunked basketballs and Hulk Hogan wrestled King Kong Bundy, 46 tables are arrayed in neat rows, each with a Lazy Susan in the middle.

Seated at the tables are several dozen people, mostly Republicans, who spend hours watching ballots spin by, photographing them or inspecting them closely.

They are counting them and checking to see if there is any sign they were flown in surreptitiously from South Korea. A few weeks ago they were holding them up to ultraviolet lights, looking for a watermark rumoured to be a sign of fraud.

Arizona is struggling to move on from President Trump’s election defeat. Full report:

Republican governors in three states announced this week that they are cutting off extended federal unemployment aid to residents that was set to expire in September.