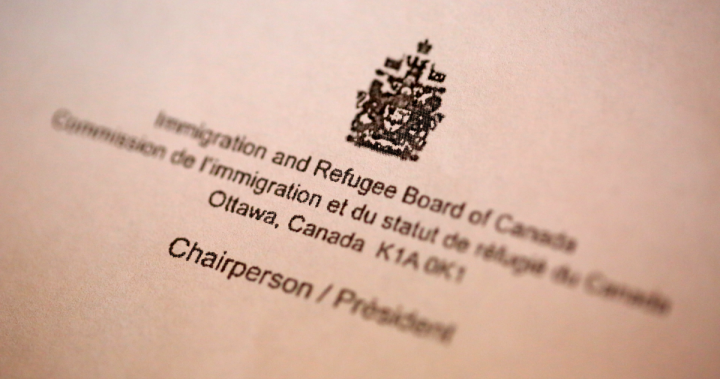 Refugee claimants were asked hurtful and demeaning questions and deprived of their right to fair and impartial hearings, according to a new report that determined eight Canadian adjudicators violated their code of conduct over the past two years.

The report, prepared by the Immigration and Refugee Board of Canada (IRB), includes findings that an adjudicator was “blunt and insensitive” when questioning a female refugee claimant who alleged she was raped.

“Are you sure you were raped?” the adjudicator asked, according to the report. “Do you know who the father (or your child) is?”

The report said the adjudicator also asked the woman why she was in counselling for such a long time after she was raped and why she saw so many counsellors.

The board’s report concluded that the adjudicator could have approached these questions with “greater regard for sensitivity and the claimant’s dignity.”

“The third question (about mental health) could have been interpreted as undermining or making light of the claimant’s trauma,” the report said.

Read more:
Calls for change at refugee board after woman asked why husband didn’t ‘just kill’ her

The adjudicator was not disciplined because her employment at the board “came to an end” shortly after the investigation was completed, the report said. The report doesn’t indicate why the adjudicator left her job.

Prior to the adjudicator leaving the board, IRB Chairperson Richard Wex wrote her a letter that asked her to reflect on the report’s findings and how they could help inform her approach to questioning claimants in the future, the report said.

This isn’t the first time allegations of wrongdoing have been made against IRB adjudicators.

A 2018 Global News investigation revealed allegations of “sexist” and “aggressive” behaviour by two former adjudicators, including one who demanded to see colour nude photos of a sex trafficking victim during a hearing.

This investigation resulted in a parliamentary committee study into the board’s complaint and hiring process.

The new report from the IRB includes a summary of a complaint submitted in 2020 by two claimants against an adjudicator who witnessed one of the claimants having a seizure during a hearing held over video conference.

The complaint alleged that the adjudicator didn’t believe the seizure was real and that she wanted to continue the hearing while the claimant awaited emergency medical treatment.

“After the female claimant suffered a seizure, the (adjudicator) suggested moving forward with the hearing,” the IRB report concluded.

“She did so because she wished to conclude the hearing in one sitting, since this would result in a quicker decision for the claimants on their refugee claim, and since efficiency is part of an (adjudicator’s) duties.”

3:48
Refugee judge’s decision overturned due to ‘serious’ and ‘fatal’ errors

The report said the adjudicator “did not offer an expression of empathy or concern” for the claimant, nor did her behaviour reflect an understanding that the incident “might have impaired” the claimant’s ability to continue with the hearing.

In response to the allegations, the adjudicator submitted a statement that said she “apologized from the bottom of [her] heart.” The claimants did not accept this apology.

“The (adjudicator) did not demonstrate the degree of respect and sensitivity that the particular circumstances called for, and in this regard her conduct fell short,” the report said.

Wex considered the adjudicator’s apology and the investigation findings and decided no disciplinary action was needed in this case.

The IRB report includes findings from two “special reviews” initiated by the board.

The findings of these reviews are anonymized and do not provide specific details of the adjudicator’s misconduct, The cases summarized in the report are, however, consistent with allegations first reported by Global News that the IRB has previously said it was reviewing.

Global News asked the IRB to confirm the identity of the two adjudicators mentioned in the special review section of its report. The board refused to do so, citing privacy legislation and the IRB’s guidelines for making a complaint against an adjudicator.

“This approach respects the requirements of the Privacy Act while upholding the board’s commitment to accountability and transparency,” said IRB spokesperson Anna Pape.

The special reviews — one conducted by an external investigator and one completed by the board’s director of integrity — summarized in the report found that the adjudicators breached the IRB’s code of conduct in both cases.

One of these cases is consistent with allegations made against an adjudicator who repeatedly asked a female victim of intimate partner violence why her husband didn’t “just kill” her if he really wanted her dead — although the report doesn’t include specific details of what the adjudicator said or did that led to the review.

The report concluded that the adjudicator’s questions were “offensive, insensitive, and inappropriate.”

“The language used effectively minimized the traumatic experience the claimant was describing,” the report said. “The questioning was not carried out with sensitivity and respect and had the potential to create a traumatizing and anxiety-producing effect.”

The investigation also concluded that a comment the adjudicator made about a mental health condition was “unnecessary and disrespectful” because it made light of the claimant’s mental health.

Read more:
Man nicknamed ‘Dr. No’ because he denied so many refugees, rehired to decide asylum claims

The adjudicator in this case was prohibited from deciding claims while the investigation was underway. He was then required to complete professional development training and assigned a mentor to monitor his progress.

Wex decided no disciplinary action was necessary because he said the adjudicator expressed “sincere regret and remorse.” The adjudicator also acknowledged the effect his conduct had on the claimant and the IRB’s reputation, the report said.

2:08
Liberals decline to say whether refugee judge under fire for comments about rape has been fired

Liberals decline to say whether refugee judge under fire for comments about rape has been fired – Feb 18, 2020

The other special review is consistent with allegations against a former adjudicator reported by Global News who asked a female refugee claimant during a hearing why she decided to keep a child conceived by rape.

The adjudicator in the case wrote in her decision that if the rape really did happen, she would have expected the claimant to report it.

“(I am) sensitive to the subject of rape, but the claimant’s explanation does not make sense as to why she would keep a child who would remind her of being raped, unless that is not the case,” the adjudicator wrote in her April 2019 decision.

“There was a failure on the part of the (adjudicator) to approach the questioning with the extreme sensitivity and compassion which is required when asking questions about sexual assault,” the report said.

The adjudicator retired from the IRB before the investigation was completed and chose not to participate, the report said. No disciplinary action was taken.

Sharry Aiken, an immigration law professor at Queen’s University, said the findings in the IRB report are disturbing.

She said these cases, especially the special review section of the report, are “egregious” examples of adjudicators violating the rules.

While Aiken believes it’s important to acknowledge that nearly all IRB adjudicators do an excellent job, these cases make it clear that’s not always true.

Breaches of the code of conduct aren’t as simple as an ordinary employee making a mistake, Aiken said. These are adjudicators with tremendous power who make decisions that determine a refugee’s fate.

Misconduct of any kind opens the door to decisions being made in error, she said. This is especially true when that misconduct involves prejudice, myths and stereotypes.

“It’s the administration of justice that’s on trial when decision-makers breach the code of conduct,” Aiken said. “It’s very serious in terms of the public’s ability to have confidence in the fairness and partiality of our legal system writ large.”

The IRB insists that the vast majority of adjudicators conduct themselves professionally and make fair decisions. The board also says it takes allegations of wrongdoing seriously.

The report mentions several initiatives the board has made over the past two years to improve the quality of decision-making for female refugee claimants, including creating a task force with specialized training in gender-based violence and updating the IRB’s gender guidelines for the first time since 1996.

The report does, however, acknowledge that it will take time for the benefits of these programs to be realized.

The board also enhanced its training requirements for new adjudicators and has made refresher training for existing adjudicators on the IRB’s gender guidelines mandatory.

Alex Cohen, a spokesperson for Immigration Minister Marco Mendicino, said everyone in Canada deserves to be treated with fairness, respect and dignity. He said it’s especially important to be sensitive to the trauma experienced by those who came to Canada to escape conflict and persecution.

“We’ve been clear that the conduct in these cases from the last report is totally unacceptable,” Cohen said. “These cases have been independently investigated, appropriate action was taken by the IRB, and certain members are no longer with the board. While we have made significant improvements to the asylum system, we continue to work hard to ensure it is equitable and accessible for everyone in Canada.”

Cohen also reiterated the board’s claim that most adjudicators conduct themselves professionally.

“These results underscore that the vast majority of IRB members regularly carry out their work with professionalism, consistent with the high standards of conduct established in the code of conduct,” he said.

Deepa Mattoo, a lawyer who specializes in gender-based violence and the executive director of the Barbra Schlifer Commemorative Clinic in Toronto, said it’s entirely insufficient to say most or nearly all adjudicators are fair and do their jobs well.

The cases summarized in the IRB report are “heartbreaking,” she said.

While it’s great that the board has implemented new initiatives to improve decision-making, she said more must be done to prevent this kind of conduct from happening in the future.