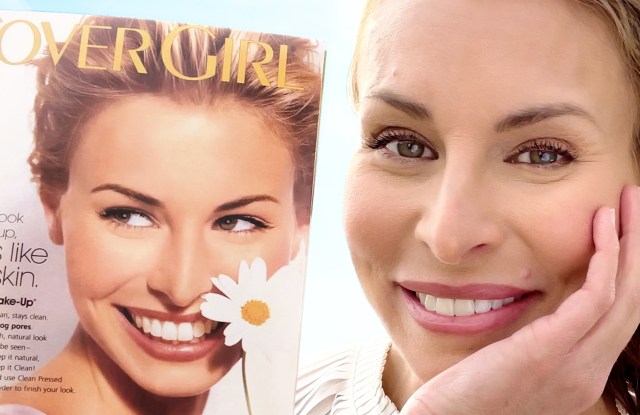 Coty Inc. said sales dipped slightly in the most recent quarter, but CoverGirl is gaining share for the first time in four years.

In the last five weeks, CoverGirl has gained market share, according to scanner data, Coty said. The beauty group has been working to reposition the brand, and recently named Niki Taylor the face of Simply Ageless, the antiaging skin care and makeup range.

That said, Coty’s mass segment’s net revenues declined 14.3 percent for the third quarter ended March 31, to $427.4 million. Reduced demand for makeup continues due to the coronavirus pandemic, but Coty said it sees sales starting to pick up.

Total company sales dipped 3.3 percent from the prior-year period, to just more than $1 billion. Coty’s net loss narrowed in the quarter to $1.2 million, from $311 million in the prior year.

The company’s luxury division fared well, with an uptick of 6.5 percent to $600.6 million in sales. Gucci, Burberry and Marc Jacobs all grew double digits in the quarter, the company said.

Coty chief executive officer Sue Nabi said that the quarter “marked another strong milestone in our journey to rejuvenate Coty’s position as a global beauty powerhouse.”

She credited the team at Coty for mapping out and activating a strategy while at the same time generating operational improvements and improving the company’s financial position.

“From a results standpoint, in Q3 we saw a significant improvement in our sales trends even as we continued efforts to strengthen the health of our business and brands by cutting sales in low quality channels,” Nabi said.

The company expects to end the fiscal year with net sales between $4.5 billion and $4.6 billion.

For more from WWD.com, see: