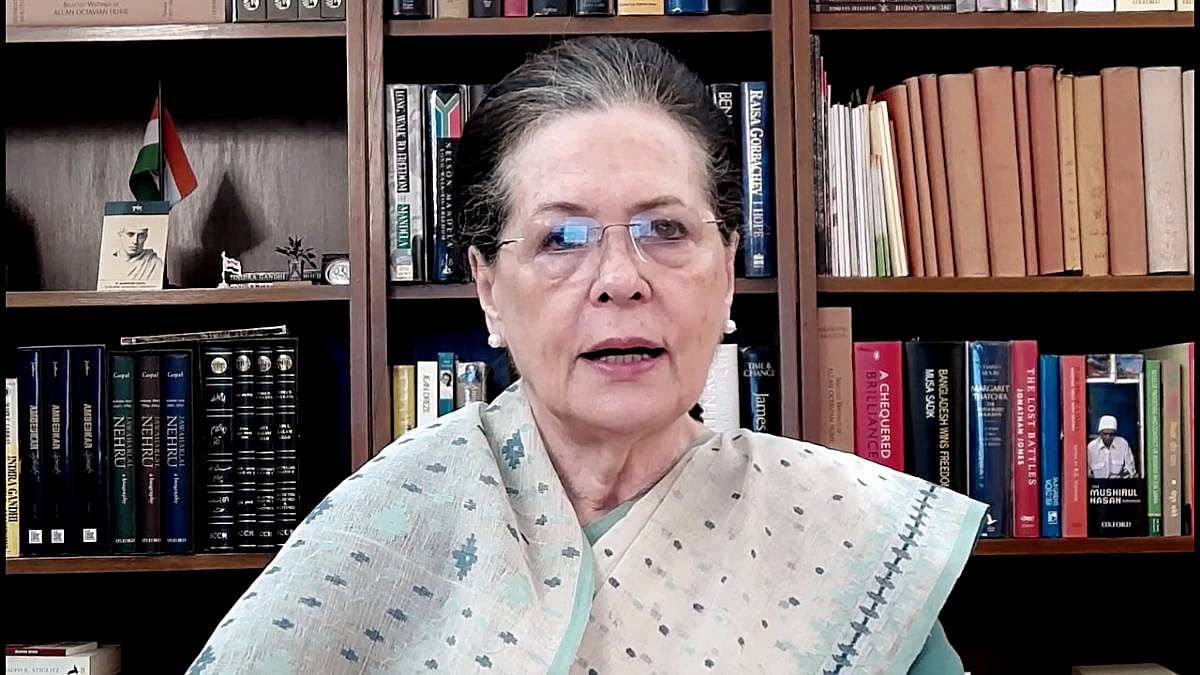 
New Delhi: The Congress Working Committee in a meeting Monday decided to defer the internal party elections temporarily, citing the Covid pandemic crisis in the country as the reason.

“In view of the nationwide emergent conditions prevailing on account of unprecedented Corona pandemic, the CWC was unanimous that all our energies should be channelised towards saving every life and helping every Covid affected person,” the resolution passed by the CWC stated.

Just months ago, in January, the CWC had announced that it will be hold the party’s internal polls, for the post of the party president, after the assembly elections and that the party will have a new elected president by June-end “at any cost”.

The Monday meeting was called by interim party president Sonia Gandhi, to discuss the drubbing faced by the Congress in the assembly polls. In her opening statement at the meeting, Gandhi said that a committee will be constituted to look into the results, for which those present blamed faulty alliances and the party’s lack of planning.

The CWC meeting also discussed the Covid situation in the country and the government’s handling of it.

The meeting was attended by Priyanka Gandhi Vadra, chief ministers of Congress-ruled states, and the general secretaries and in-charges of the states in which the elections were held.

Rahul Gandhi, who is recovering from Covid, did not attend the meeting. The Congress leader had tested positive for the disease a few weeks ago.

Right at the beginning of the meeting, Sonia Gandhi had said that the schedule for the election of party president needed to be decided. CWC members, however, did not respond too enthusiastically to the idea.

Sources said Rajasthan Chief Minister Ashok Gehlot was the first to make an objection to the proposition.

“How can we think of holding these polls amid such a big crisis? This would be very wrong,” Gehlot was quoted as saying, by a source.

Sources said that Gehlot’s statement drew agreement by other members of the CWC, including some G23 leaders such as Ghulam Nabi Azad. G23 is a term used for the 23 leaders who wrote to Sonia Gandhi last year demanding elections for the post of party president and a full time and effective leadership.

However, now, the party has once again pushed off elections for the same. Randeep Singh Surjewala, the chief party spokesperson, in a press-conference after the meet said that this is only a “temporary delay.”

“The schedule was presented, but the members were unanimously of the view that since large gatherings are prohibited right now, elections won’t be possible,” he said.

Surjewala, however, added that Sonia Gandhi “is very clear that it is not an open ended deferment, it is for two-three months, till the situation stabilises.”

In the CWC meet, leaders also discussed the party’s poor performance in the just-concluded assembly elections. Of the five elections held, the Congress lost in Kerala, Assam, West Bengal and Puducherry.

Sources said that the alliances crafted by the party in the various states were questioned at the meeting, in particular, the alliance with the Indian Secular Front (ISF) in Bengal and the All India United Democratic Front (AIUDF) in Assam.

Jitin Prasada, the party’s in-charge in West Bengal, was quoted as having said that the alliance with ISF cost the party dearly and that long-term vision was ignored at the cost of making alliances work. There had been several rifts in the Congress during the campaign and alliance-formation phase in March over the party’s ties with the ISF.

In the case of Assam, senior leaders such as Digvijaya Singh are said to have questioned the alliance with the AIUDF, saying that it was a “bad compromise”.

In Kerala, party leaders are said to have blamed “lack of planning ahead of time” and “overconfidence” as having resulted in the loss.

Sources said that a vast majority of the four-hour-long meeting was spent talking about the pandemic and the vaccine shortage. The CWC, besides passing a resolution on deferring the internal party polls, also passed a resolution on the Covid crisis and the handling of it by the Narendra Modi government.

Alluding to the government’s Central Vista project, the Congress resolution also stated that the “Modi government is indulging in criminal waste of money, by continuing with the personal vanity project of the Prime Minister in the national capital. This is the height of callousness and insensitivity, as also an insult to the people of the country”.