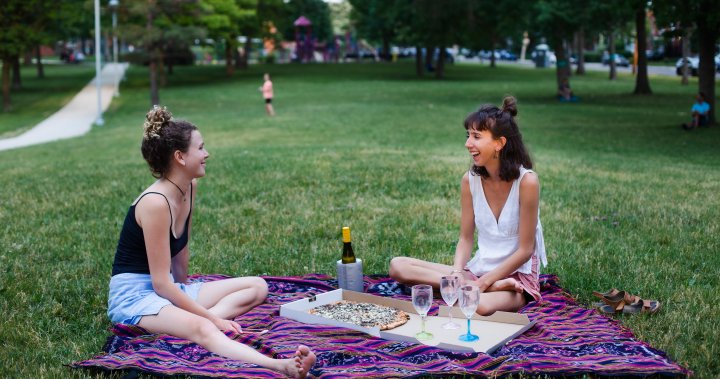 Canada set a record on Friday, vaccinating more than 400,000 people against COVID-19 in a single day. Many are wondering if the increased rate of vaccinations will lead to some semblance of normality in the warmer months.

“The overall national goal has always been to vaccinate as many eligible Canadians as soon as possible. So I think we’re on track and I think it bodes well for the summer.”

Read more:
Will the more deadly COVID-19 variants ruin our summer? Here’s what experts are saying

To date, more than 14 million people across the country have now received at least one dose of the vaccine, totalling to around 37 per cent of the country.

Dr. Isaac Bogoch, an infectious diseases physician in Toronto, said now is the time for Canadians to be getting their hopes up — at least a little.

“By the time we reach July, if we do things right, we should have a significant proportion of the population with one dose,” he said.

“In addition to that, we going have a much larger and growing population with two doses. And on top of that, rates of COVID-19 should be very low, not absent, but very low throughout much of the country.”

1:07
EU recommends opening up to foreign travellers this summer amid COVID-19

Bogoch said a “one-two punch” that includes strong public health measures, smart policy and mass vaccination efforts are all part of a multi-pronged approach that will “get cases down and keep them down.”

But even if vaccinations continue at breakneck speeds, experts are still calling the upcoming season the “summer of uncertainty.”

“Nobody really knows what the potential is for this summer,” said Kerry Bowman, a bioethics and global health professor at the University of Toronto.

“Is it going to be a repeat of last summer, which was difficult, or is this the turning point where everything is just wide open again?”

Bowman noted Canadians may not be so keen to remain indoors when other leading countries around the world have begun reopening.

Britain made headlines last weekend when thousands flocked to the country’s first sanctioned rave in Liverpool, put on as part of the U.K. government’s trial to restart mass audience events as its vaccination campaign surpassed its target of 32 million doses.

The European Union has announced it will be reopening its borders to fully vaccinated people in the summer, and the United States is increasingly rolling back restrictions as more of its population becomes fully vaccinated.

“What I wonder about is whether people are really in the mood to be careful,” Bowman said. “If the numbers are falling and the deaths stop, it’s going to be a tough sell.”

Production and quality control issues or unforeseen illnesses linked to any of the four vaccines authorized by Health Canada could also set the country’s vaccine rollouts back, he said. Vaccines could also be proven useless against mutating COVID-19 variants that are on the rise throughout much of the world.

But even if Canada keeps up its rate of vaccinations through summer, Bowman said “we have to be very, very careful.”

The real question, he said, will be whether people will continue to follow public health measures once cases and deaths fall by significant numbers, or whether people are “just going to want their lives back.”