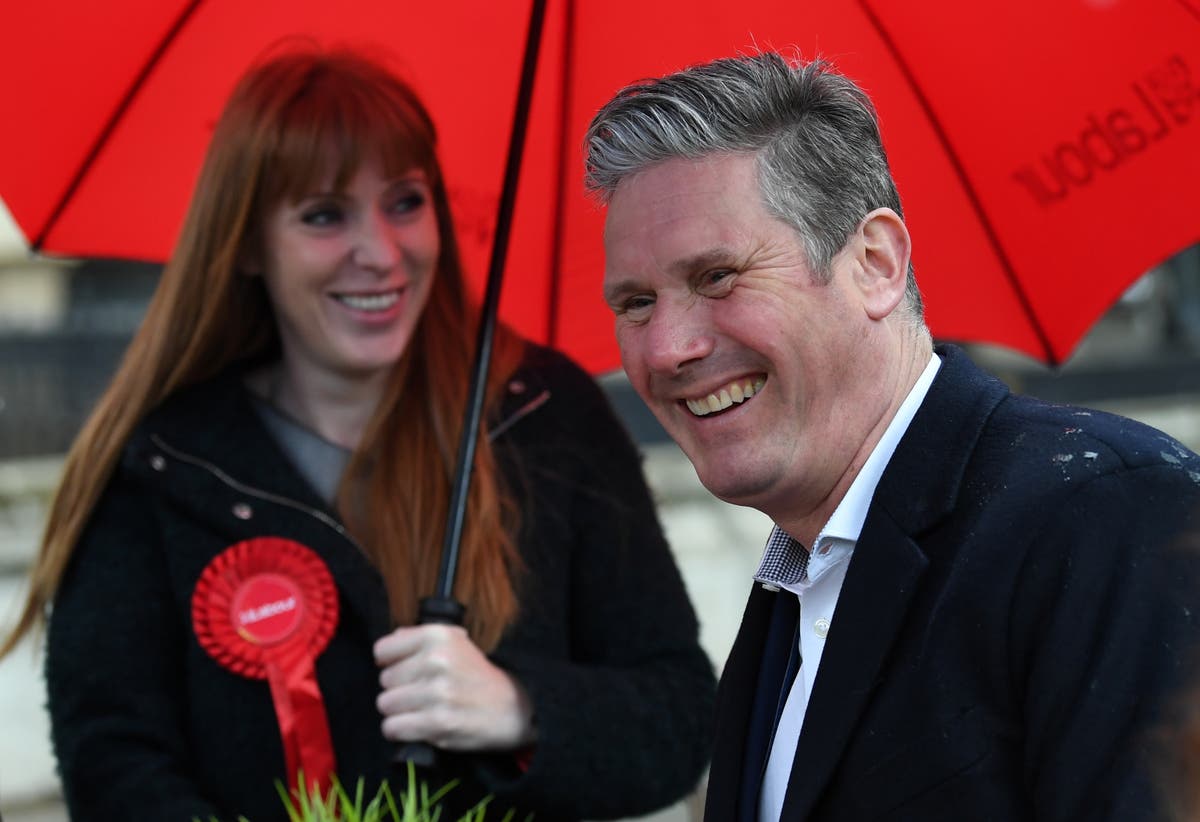 Keir Starmer announced major changes to Labour’s frontbenches on Sunday night, sacking his shadow chancellor and chief whip among others, in an attempt to inject renewed vigour into the party following disastrous election results.

The former party chair and campaign coordinator Angela Rayner, who was sacked from both roles over the weekend, was given the job of taking on Michael Gove as shadow chancellor of the Duchy of Lancaster, as well as a newly created role on the future of work. Her allies said the move makes her more powerful and present.

It comes after Sir Keir was accused of using Ms Rayner, still the party’s deputy leader, as a scapegoat for Labour’s poor performance at the polls. Veteran Labour MP Dianne Abbott claimed this morning firing Ms Rayner “was a foolish thing to even think about and [Sir Keir] has had to walk it back – you can’t sack an elected deputy leader”.

In another significant reshuffle, Rachel Reeves takes up the top Treasury post, shadowing Rishi Sunak. She replaces Anneliese Dodds, who was given Ms Rayner’s old job as party chair. And Nick Brown, who served in both the Blair and Brown governments, was replaced as chief whip by his former deputy Alan Campbell.

Hours before the changes were announced, Jeremy Corbyn warned that a reshuffle will not be enough to restore the party’s hopes, urging Sir Keir in an article for The Independent to return to the left-wing “vision” of the 2017 and 2019 manifestos.

Elsewhere, the Queen is expected to focus on setting out Boris Johnson’s “levelling up” agenda in her speech at the House of Lords on Tuesday. It marks the 67th time the monarch has opened parliament since November 1952 but it will be a scaled-down affair due to Covid restrictions, with guests banned and social distancing measures in place.

The speech itself, prepared by No 10, is expected to be littered with rhetoric on how the prime minister, buoyed by the local election results in England and the Conservatives’ victory at the Hartlepool by-election, intends to spread opportunities across Britain. It will also outline plans for Britain’s post-coronavirus recovery.

Labour’s Diane Abbott has accused Keir Starmer of trying to make deputy leader Angela Rayner “carry the can for the poor results at the weekend”.

“It does seem as if, certainly the people around him (Sir Keir Starmer), don’t understand how the party works,” the former shadow home secretary told the BBC’s Today programme.

“They didn’t seem to realise that because she’s an elected deputy leader, you can fiddle around with her title, but you can’t sack her, she remains a senior person in the shadow cabinet.”

When asked if it was the view of deputy leader Ms Rayner that Sir Keir wanted to sack her, Ms Abbott said plainly: “Yes, that’s what all the briefing was about.”

She added it was a foolish of Sir Keir to “even think about it and he has had to walk it back”.

“You can’t sack an elected deputy leader,” she added.

What to expect from the Queen’s Speech this week

The Queen will open parliament for the 67th time since November 1952 this week, with her speech expected to focus on Boris Johnson’s “levelling up agenda” and the government’s plans for Britain’s recovery from the pandemic.

The event will be significantly scaled-down compared to previous years due to the Covid restrictions, with guests banned and social distancing measures in force.

Our political correspondent Ashley Cowburn has all the details:

Keir Starmer aimed to deliver decisively on his promise of change with a reshuffle just three days after the Super Thursday elections which delivered humiliation for Labour in Hartlepool, Tees Valley and the West Midlands, but saw the party cement its power in Wales and claim a string of mayoral successes including London, Greater Manchester, Liverpool, Bristol, West Yorkshire and the West of England.

Good morning, and welcome to The Independent’s rolling coverage of UK politics.