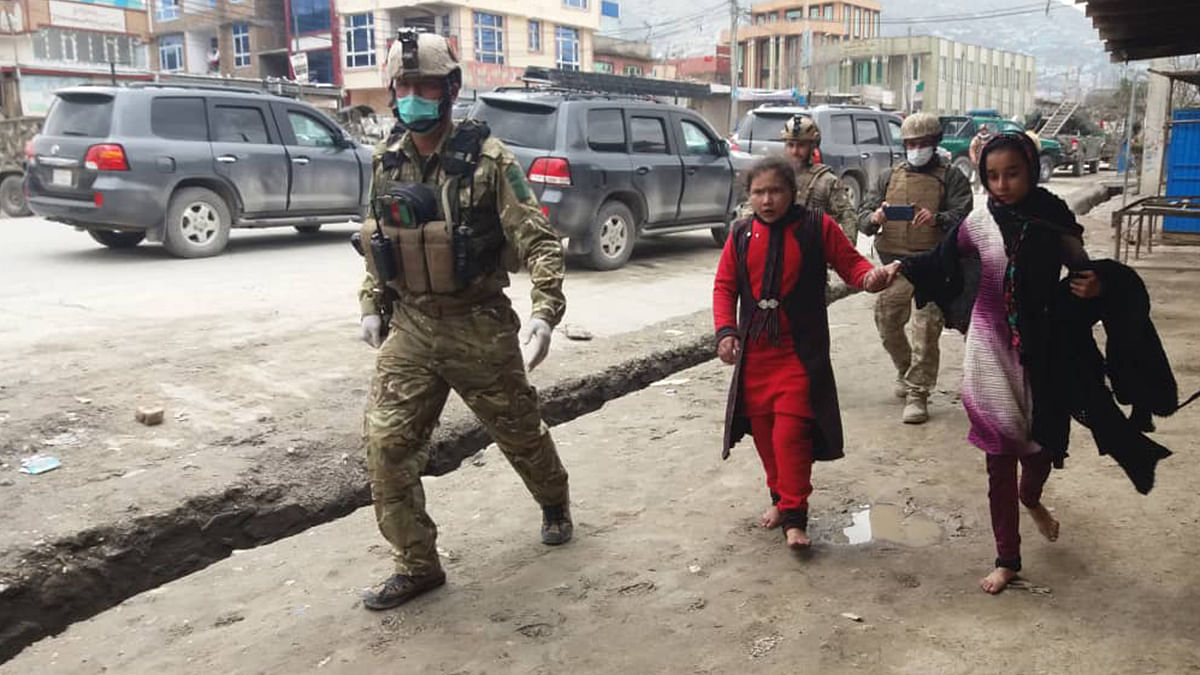 
New Delhi: India on Sunday strongly condemned the terror attack at a girls’ school in west Kabul that left more than 50 people dead and said the incident demonstrated the immediate need for a comprehensive ceasefire to make the Afghan peace process meaningful.

In a statement, the Ministry of External Affairs said the targeting of young girl students makes it an attack on the future of Afghanistan and that it also highlighted the urgent need for dismantling terrorist sanctuaries.

The number of injured in Saturday’s attack has risen to more than 100, according to Afghan authorities.

“We strongly condemn the terrorist attack on Sayed al-Shuhada Girls school in Kabul yesterday, which killed more than 50 innocent girl students during the holy month of Ramadan,” the MEA said in a statement.

“Our thoughts and prayers are with the families and friends of the young girls who lost their lives in this barbarous attack,” it said.

The MEA said the perpetrators of the attack wanted to destroy the hard-won achievements of Afghans.

“Targeting young girl students makes this an attack on the future of Afghanistan. The perpetrators clearly seek to destroy the painstaking and hard-won achievements that the Afghans have put in place over the last two decades,” it said.

“This incident demonstrates, once again, the urgent need for dismantling terrorist sanctuaries and the immediate need for a comprehensive nation-wide ceasefire to make the peace process meaningful and sustainable,” the MEA added.

It said India has always supported the education of Afghan youth and remains committed to the progress and development of Afghanistan.

The attack took place at a time the US has started pulling out its troops from Afghanistan.