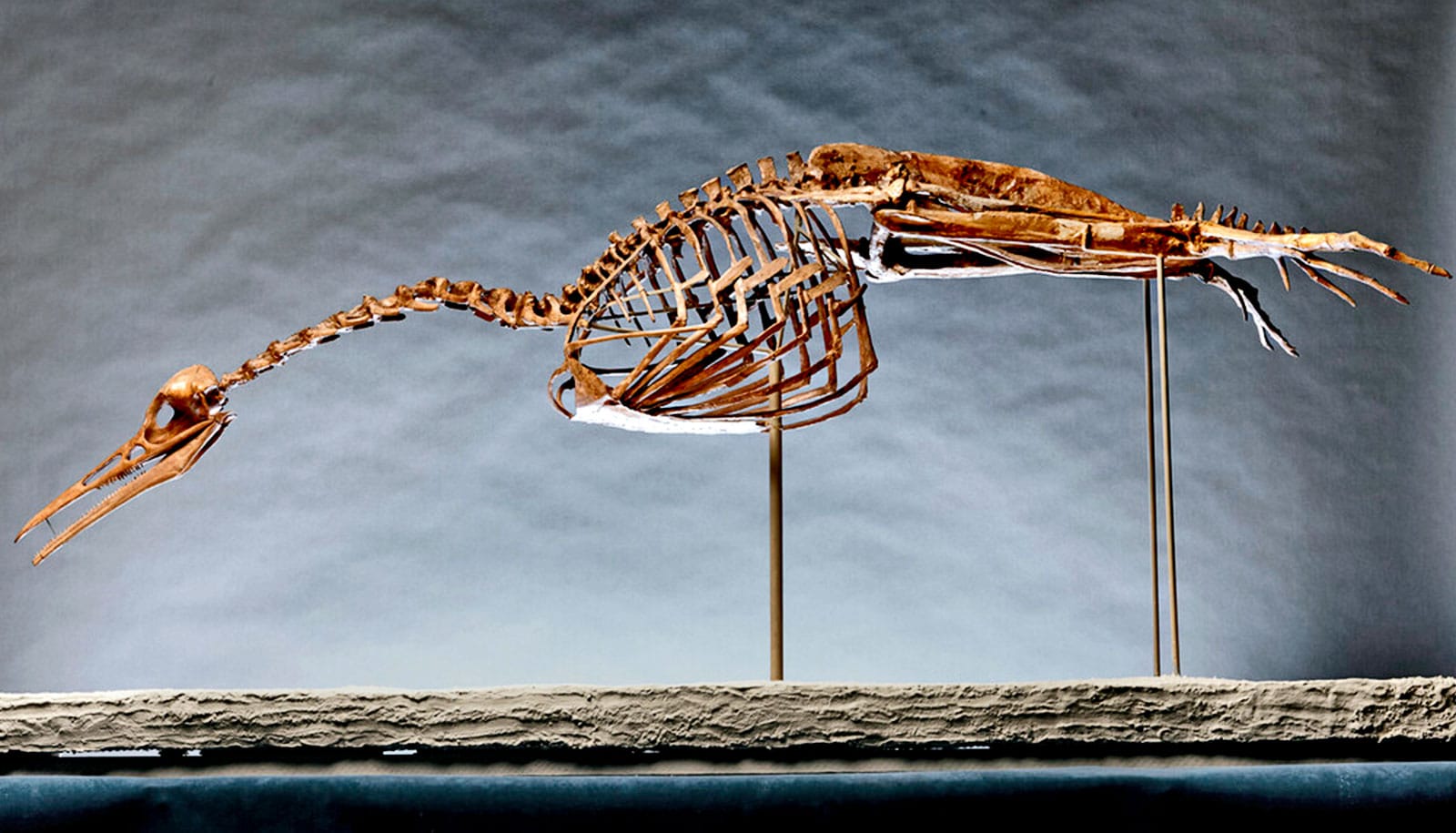 The inner ear of an ancient reptile offers a promising entry point to two particular phenomena: how dinosaurs interacted with each other and how they began to fly.

According to a new study, the shape of the inner ear offers reliable signs as to whether an animal soared gracefully through the air, flew only fitfully, walked on the ground, or sometimes went swimming. In some cases, the inner ear even indicates whether a species did its parenting by listening to the high-pitched cries of its babies.

“Of all the structures that one can reconstruct from fossils, the inner ear is perhaps that which is most similar to a mechanical device,” Bhart-Anjan Bhullar, an assistant professor of earth and planetary sciences at Yale University and an assistant curator at the Yale Peabody Museum of Natural History.

“It’s so entirely dedicated to a particular set of functions. If you are able to reconstruct its shape, you can reasonably draw conclusions about the actual behavior of extinct animals in a way that is almost unprecedented,” Bhullar says.

Bhullar and Yale graduate student Michael Hanson, the paper’s first author, compiled a matrix of inner ear data for 128 species, including modern-day animals such as birds and crocodiles, along with dinosaurs such as Hesperornis, Velociraptor, and the pterosaur Anhanguera.

Hesperornis, an 85-million-year-old bird-like species that had both teeth and a beak, was the inspiration for the research. The Yale Peabody Museum of Natural History has the world’s only three-dimensional fossil that preserves a Hesperornis inner ear.

“I was aware of literature associating cochlear dimensions with hearing capability, and semicircular canal structure with locomotion in reptiles and birds, so I became curious as to how Hesperornis would fit into the picture,” Hanson says.

Next, the researchers conducted the same analysis with a variety of other fossils—and current species—to determine whether the inner ear provided strong indications of behavior. In many cases, the researchers created 3D models from crushed or partially-crushed skull fossils.

After assembling the data, the researchers found clusters of species with similar inner ear traits. The clusters, they say, correspond with the species’ similar ways of moving through and perceiving the world.

Several clusters were the result of the structure of the top portion of the inner ear, called the vestibular system. This is “the three-dimensional structure that tells you about the maneuverability of the animal. The form of the vestibular system is a window into understanding bodies in motion,” says Bhullar.

One vestibular cluster corresponded with “sophisticated” fliers, species with a high level of aerial maneuverability. This included birds of prey and many songbirds.

Another cluster centered around “simple” fliers like modern fowl, which fly in quick, straight bursts, and soaring seabirds and vultures. Most significantly, the inner ears of birdlike dinosaurs called troodontids, pterosaurs, Hesperornis, and the “dino-bird” Archaeopteryx fall within this cluster.

The researchers also identified a cluster of species which had a similar elongation of the lower portion of the inner ear—the cochlear system—that has to do with hearing range. This cluster featured a fairly large group of species, including all modern birds and crocodiles, which together form a group called archosaurs, the “ruling reptiles.”

Bhullar says the data suggest that the cochlear shape’s transformation in ancestral reptiles coincided with the development of high-pitched location, danger, and hatching calls in juveniles. It implies that adults used their new inner ear feature to parent their young, the researchers say.

“All archosaurs sing to each other and have very complex vocal repertoires,” Bhullar says. “We can reasonably infer that the common ancestors of crocodiles and birds also sang.

“But what we didn’t know was when that occurred in the evolutionary line leading to them. We’ve discovered a transitional cochlea in the stem archosaur Euparkeria, suggesting that archosaur ancestors began to sing when they were swift little predators a bit like reptilian foxes.”

Additional coauthors of the paper, published in the journal Science, are from the American Museum of Natural History.

The Yale earth and planetary sciences department, the Yale Institute for Biospheric Studies, the American Museum of Natural History, and the National Science Foundation funded the research.