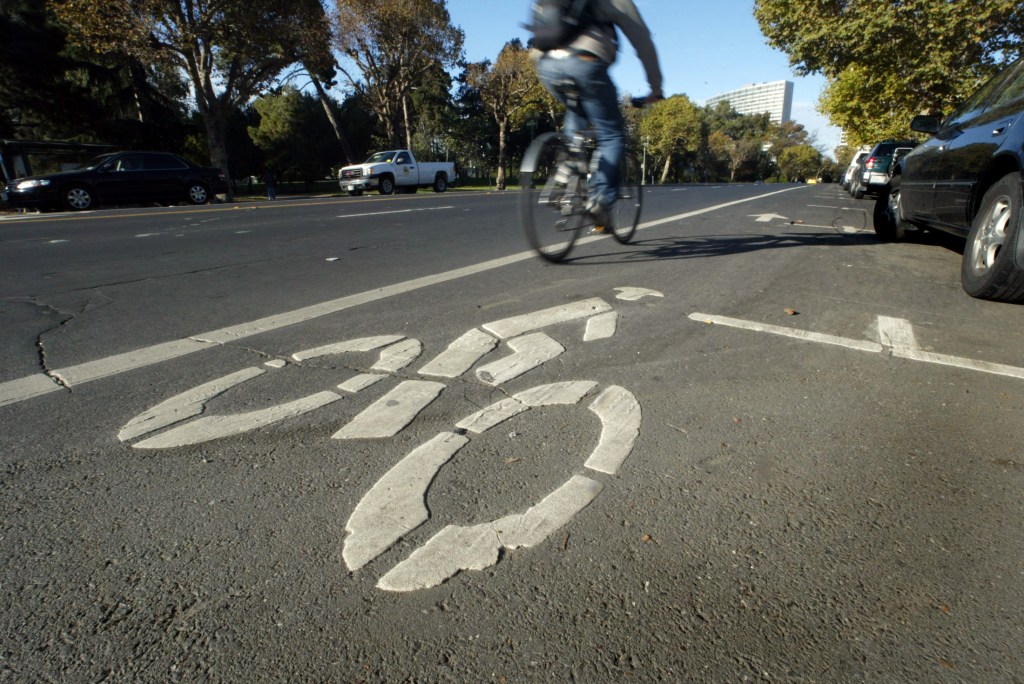 Q: I have seen many bicyclists continue on through an intersection on red lights if there is no cross traffic, which breaks the law. … My biggest pet peeve when riding my bicycle is coming to a four-way stop and watching cars already at the stop freak out and stop following the rules of the road, expecting me to enter the intersection first, even though I don’t have the right of way.

Sue Smith, Doug Swalen and many others

A: The state is considering a historical change for bicyclists, allowing them to treat stop signs as yield signs,  stopping only when necessary. Advocates say this would conform to logical bike riding practices and improve predictability at intersections.

Assembly Bill 122 has passed the Assembly and now moves to the Senate. If it becomes law, California will join states that have implemented the “safety stop”: Idaho, Delaware, Oregon, Washington, Colorado, Delaware, Arkansas, Utah, and North Dakota. None of those states has reported any safety problems with the new rule. A recent study in Delaware found that collisions involving bicycles at intersections decreased by 23% since the safety stop became legal there.

This was proposed in 2017 in California, but never approved in Sacramento.

Q: Anytime I am on my bike at a major intersection, rather than riding it across, I elect to get off and walk  across, using the pedestrian walkway. Always — and I repeat, always — I check drivers making right-hand turns because their light will, in most cases, be green, and in their haste, they may not check the crosswalk. In most cases, they do stop and let me proceed, but it only takes one distracted driver.

Q: The stretch of Los Gatos-Saratoga Road between the two downtown areas has a highly used bike lane that is frequently blocked by garbage and recycling cans left out for days at a time. The winding, hilly road can present visibility challenges, and when a bicyclist veers into the road to avoid garbage cans, they are put in a dangerous position.

It is also a road on which drivers frequently exceed the speed limit since there are long stretches of road that are fun to drive, with few stop lights. Between the garbage cans themselvesand the trash left in the bike lane, the obstacles are going to get a bike rider hit by a car eventually.

A: This is a valuable warning. Homeowners need to promptly remove their trash cans, drivers need to ease off the gas pedal, and bicyclists need to be extra careful.

Join Gary Richards for an hourlong chat noon Wednesday at www.mercurynews.com/live-chats. Look for Gary Richards at Facebook.com/mr.roadshow, or contact him at [email protected] or 408-920-5335.