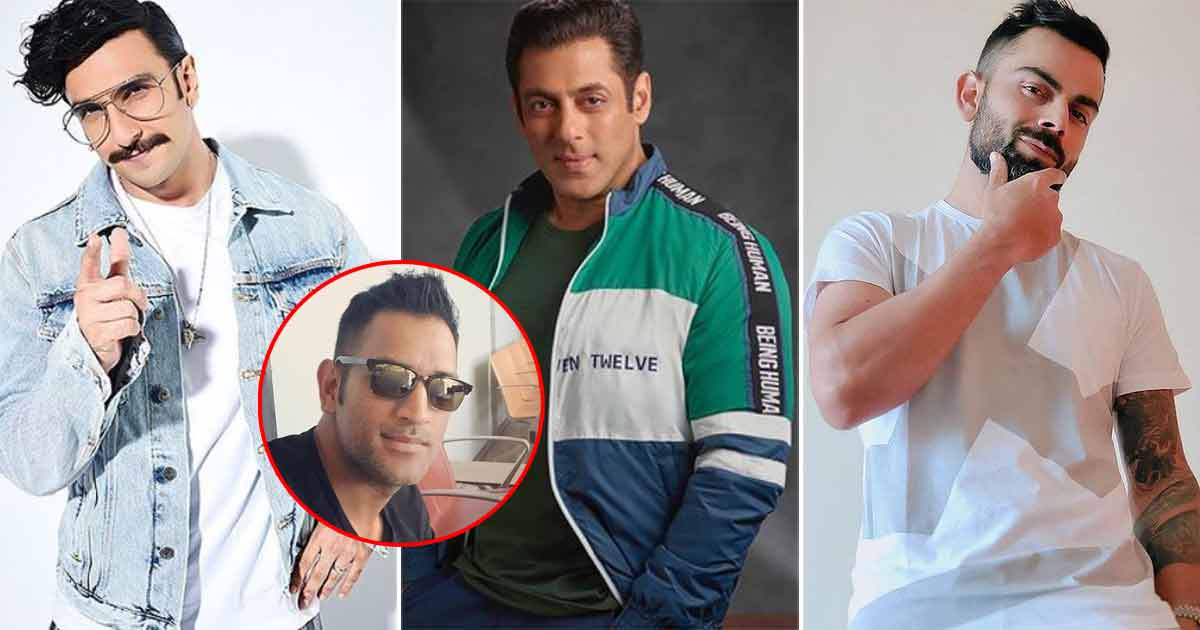 Before being suspended on May 4, the 14th season of the Indian Premier League saw 29 matches being played between the teams and Delhi Capitals ruling the point charts. While our eyes were glued to see which team was better than the other on the pitch, there is no denying that IPL 2021 also played an important role in advertisements. As per a recent report, Ranveer Singh ruled the IPL ads.

While Singh topped the list, the next to follow him was MS Dhoni, Salman Khan, and Virat Kohli. Scroll down to look at the ad volume share of each of these personalities and know more about the endorsement that took place during the games.

According to a TAM Sports report, Bollywood star Ranveer Singh topped the list as the most seen celebrity in IPL 2021 ads. As per the report, the Bajirao Mastani actor had a 15% share in the ad volume. Next in line was ex-Indian skipper MS Dhoni. The Chennai Super Kings captain had a 9% ad volume share.

The next celebrity who was seen the most during the 29 matches of IPL 2021 was someone who wasn’t on the list last year. Salman Khan made it to the third spot with a 7% share of ad volume beating Virat Kohli by 3%. The Royal Challengers Bangalore captain had 4% of ad shares, a per cent lower than that of PL 2013.

The report also stated that 3 of the top 5 celebrities were standard in 29 matches of both IPL 2021 and IPL 2020. Dhoni, Kohli and Rohit Sharma were common sports celebrities to feature in the advertisement, hiking the sports personalities in ads by a share of 15%.

The IPL 2021 analytic reports about ad volume also revealed that Ecom-Gaming (Dream11) contributed a 10% share of ad volumes this year. This sector was followed by Ecom-Education (6%), Aerated Soft Drink (6%), Ecom-Wallets (6%), and Pan Masala (5%).

Must Read: Kuch Kuch Hota Hai Title Track’s First 8 Lines Were Composed By A Bollywood Actor & You Cannot Guess Who He Is