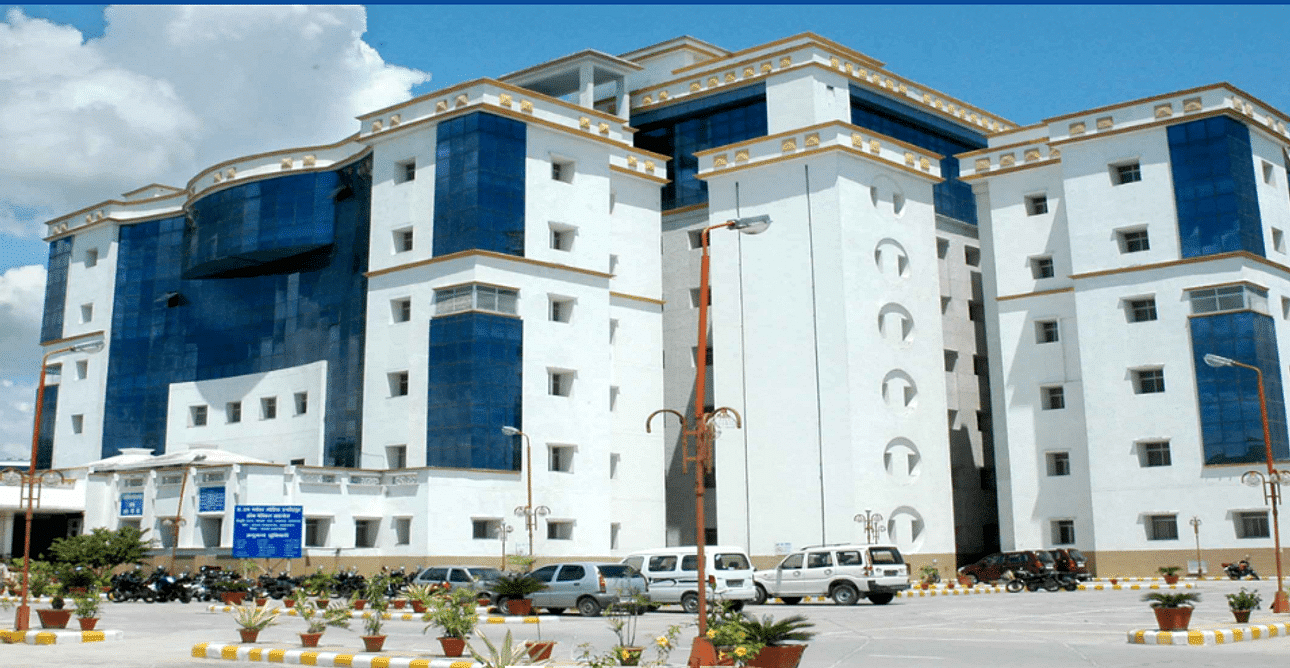 
Lucknow: The death of a woman from Thailand in Lucknow has created a stir in Uttar Pradesh political circles, with allegations and counter-allegations flying thick regarding her purpose of visit to the state amid the Covid pandemic. The woman died of Covid in a Lucknow hospital and was cremated by the police, with no one coming forward to claim her body.

While Samajwadi Party’s national spokesperson I.P. Singh has alleged that it was Rajya Sabha member Sanjay Seth’s son who had brought called the woman to Lucknow, the latter has written to Lucknow Police Commissioner D.K. Thakur requesting him to act against Singh and others for “spreading rumours on social media and maligning his family’s image”.

Seth, a prominent builder in Lucknow, has also sought a thorough investigation into the matter.

On Sunday, I.P. Singh took to Twitter to share a photo of Seth with Prime Minister Narendra Modi, and wrote a post in Hindi accusing the MP’s son of “inviting a call girl from Thailand who died of Covid-19”.

In a series of tweets, Singh later also shared a news item that appeared in a Hindi daily as he sought an “impartial inquiry” into the matter. He named one Rakesh Sharma as “local handler” of the girl and one Salman as her “agent”, and also questioned the UP Police’s “inaction” in the matter and demanded a CBI probe.

Seth, who had been with the Samajwadi Party earlier, joined the BJP after the 2019 Lok Sabha elections.

After IP Singh’s tweet went viral, Seth wrote to Commissioner Thakur asking for an “in-depth inquiry” to find out the basis on which his son’s name was mentioned in connection with the matter.

In his complaint to the commissioner, a copy of which was seen by ThePrint, he also requested the police to investigate how the Thai girl came to Lucknow in this Covid phase, where she stayed, who all she met, and also find CCTV footage of the place where she stayed.

Seth also requested the police commissioner to take action against I.P. Singh and others under the IT Act for “spreading rumours” on social media.

Speaking to ThePrint, Commissioner Thakur said: “No FIR has been filed against anyone in this case yet but on the basis of complaint letters and social media posts, we have formed a team under DCP (East) to investigate the matter.”

He said the police have spoken to Salman, a local resident who knew the Thai woman. “We will question him more. Hospital (where the woman died) informed the police after the death of the Thai girl that no one came to claim the body so our policemen cremated the body in the presence of her local acquaintance after speaking to the Thailand embassy.”

Salman Khan, the 40-year-old Thai woman’s local acquaintance and guide based in Lucknow, told the media that he got a call from his friend Rakesh from Raipur that one Thai girl is in Lucknow and that she was in hospital and needed help.

He said he went to the Ram Manohar Lohia Hospital in Lucknow after that to check on her.

According to Salman, the woman was admitted to the hospital on 28 April and died on 4 May. Her family was informed and they gave permission for the cremation, he said.

Salman was present when the Lucknow police cremated the body.

According to a source in the Lucknow police, the woman from Thailand arrived in Lucknow in the third week of April via Delhi on a tourist visa and stayed in a hotel in Hazratganj area.

“Her visa permission date was 10th march. Maybe she had stayed in Delhi for a month before coming to Lucknow. She was admitted to the Ram Manohar Lohia Hospital after developing symptoms of the disease. She was undergoing treatment in the hospital’s Covid ward where she died on May 4.”

The source said the of Salman, the local acquaintance, is under scanner.

“How she knew him and who she all met in Lucknow, including other things, need to be investigated. This whole case is high-profile, police are searching the mobile numbers and CCTV footages. The picture could get clearer in the next few days.”

The source also said Salman is connected to a “spa in Lucknow” and the police are trying to establish that.