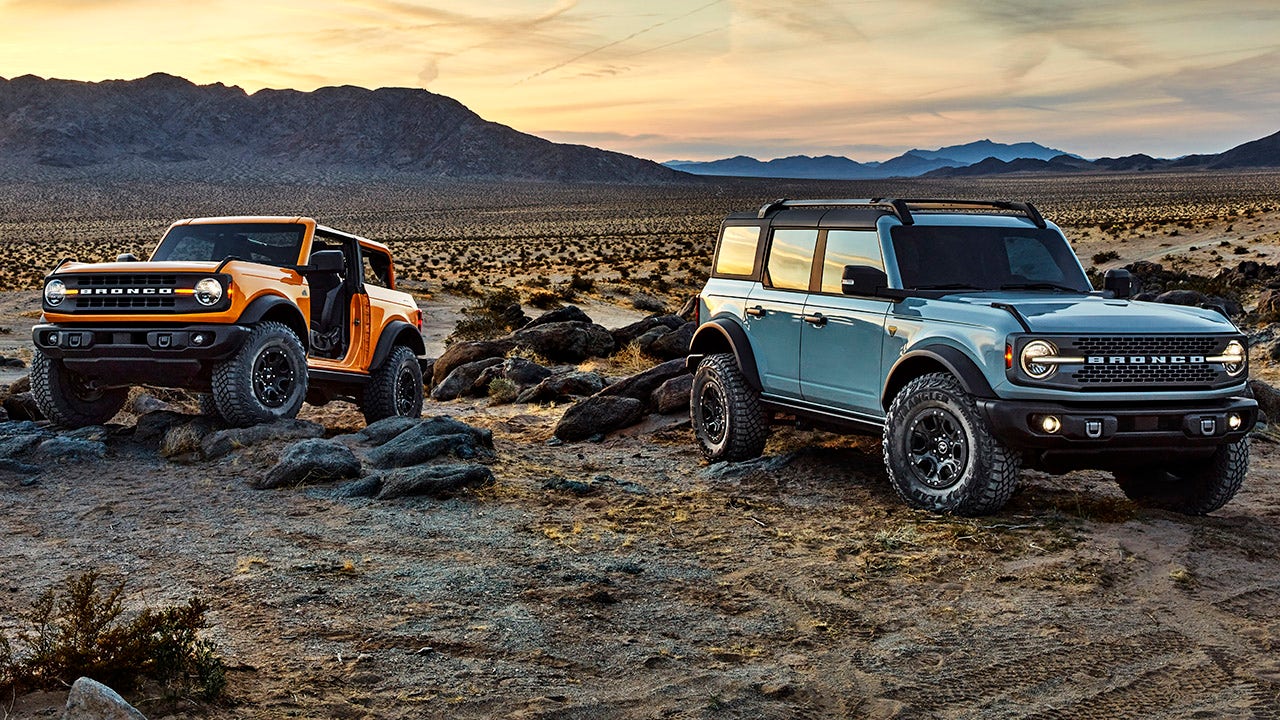 The 2021 Ford Bronco is going to have plenty of kick.

Ford has updated the specifications for its upcoming SUV with higher power ratings than originally announced.

The release was first highlighted by the Bronco6G.com forum and lists Broncos powered by a 2.3-liter turbocharged four-cylinder engine at a maximum of 300 hp and 325 lb-ft of torque, up from 270 hp and 310 lb-ft.

Achieving the new power figures requires the use of premium fuel. Running on regular, the four-cylinder is good for 275 hp/315 lb-ft and the V6 315 hp/410 lb-ft, both still better than the initial estimates.

Deliveries of the Bronco, which is being offered in two-door and four-door models, are scheduled to begin this summer. However, Ford’s Michigan Assembly Plant, where it is being built alongside the Ford Ranger pickup, will be idled May 17-31 due to the ongoing semiconductor chip shortage.