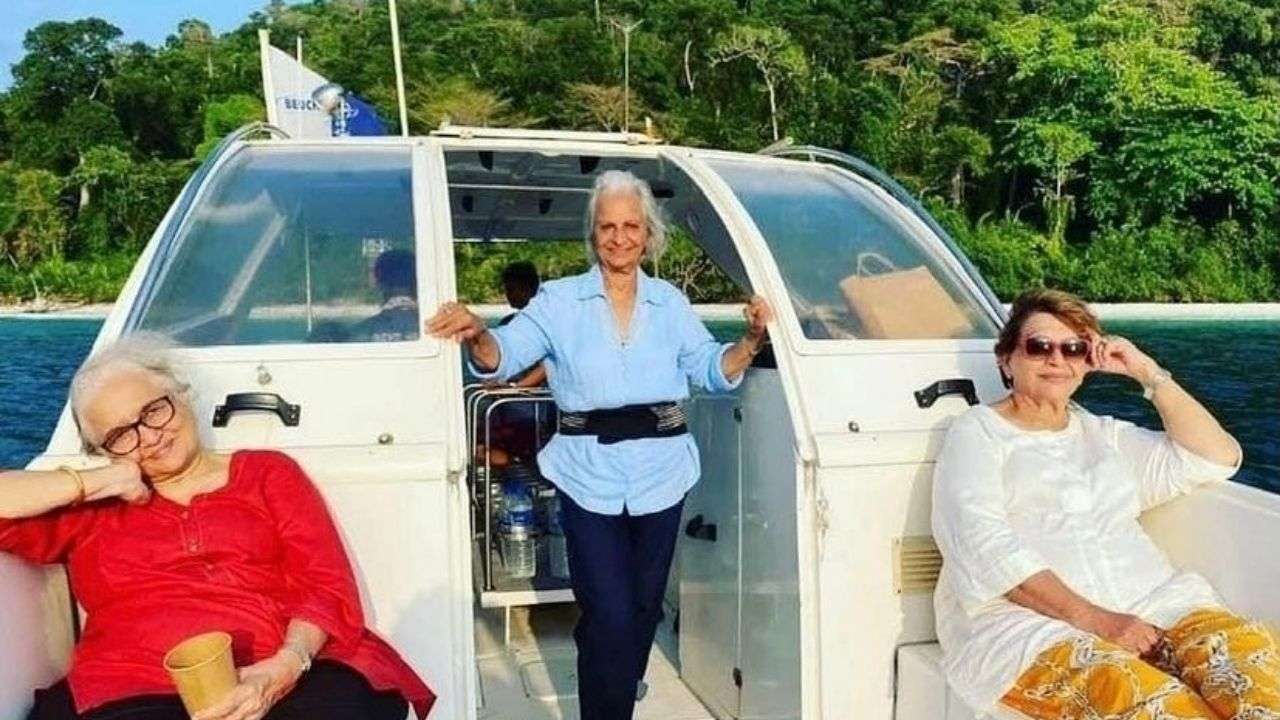 During these strenuous times, friends and family are what comes to ones respite. The friendship between veteran actors Waheeda Rehman, Asha Parekh and Helen is known to all.

Vacation photos of the trio have surfaced on social media and is giving people major friendship goals. The photos have been shared by Bollywood producer Tanuj Garg on his Instagram handle which show the yesteryear actresses basking in the sun and enjoying each other’s company.

Sharing the heartwarming pictures, Tarun said that all that matters in the end are ‘memories, love and a few good mates’.

If “Dil Chahta Hai” were to get remade with three grand dames, it would be with these #legends – Waheeda Rehman, Asha Parekh and Helen,” Garg wrote in his Instagram post.

“Enjoying their retirement years, holidaying in the Andamans. Filled with joie de vivre. Put a massive smile on my face. Eventually what we’re left with when we’re old is youth of the ilk, memories, love and a few good mates,” he further wrote.

The photos have garnered much love from netizens. Actress Divya in a comment said, “Awww!!! Love them,” while Sophie Chaudhary wrote, “I love this.”

One user wrote, “One of my favourite pics in a long long time. There is such joy and cheer and power in it,” while another said, “Way to go! Living life king size!”

A few weeks back Waheeda’s daughter Kashvi had also shared photos with her mother from her Andaman vacation.

Last month, BJP spokesperson Shaina NC had also shared a photo with the three actresses from a beach in Andaman and called them the ‘wonder woman’ of the film industry.

The legendary trio was last seen on the dance reality show Dance Deewane 3 which aired on Colors TV.