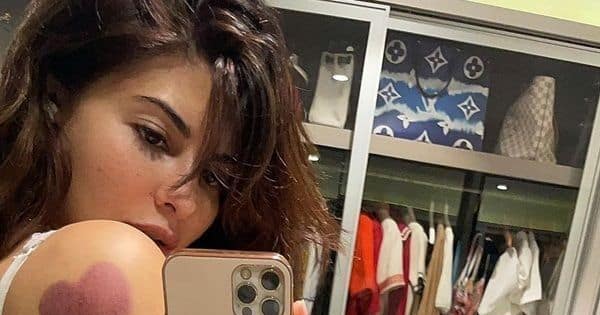 Jacqueline Fernandez has never spoken about her personal life on a public platform. She has managed to keep her life private and low-key. The actress may not open up about her dating and relationships but it seems like she has been in love for a while now. If the latest report in Bombay Times is to be believed, Jacqueline has found solace in a south-based entrepreneur’s arms and things have reportedly been quite serious between the two. Also Read – From Urvashi Rautela to Sunny Leone: 5 Bollywood actresses who posed topless in their dare to bare photoshoots

The report says that Jacqueline and her secret boyfriend are planning to move in together in a lavish sea-facing bungalow in Juhu. She had been house hunting in Bandra and Juhu locations and it looks like she has finally zeroed in her love nest. Jacqueline has reportedly paid the initial amount as well for the purchase of the house and the final paperwork will be done post the lockdown. She has also hired a France based interior designer to match her taste. Also Read – Jacqueline Fernandez, Nora Fatehi, and more ladies slay in body-con dresses – view pics

“They seem extremely serious about their relationship. While he has been working on the modalities for the property, Jacqueline and he were on constant video calls discussing things about their home with each other. The house that they have finalised is at a prime location in Juhu. Her beau is likely to move base, which includes his workspace, to Mumbai very soon,” a source was quoted as saying by the daily. Also Read – 5 stunning looks for a romantic date night inspired by Jacqueline Fernandez, Bhumi Pednekar, Kriti Sanon, Kangana Ranaut and Sonam Kapoor

However, an official confirmation from Jacqueline is still awaited.

Meanwhile, Jacqueline has sizzled in her new music video Paani Paani which has been written and composed by Badshah and sung by both Badshah and Aastha Gill. Set in Jaisalmer, Jacqueline said that she shot for the song over two days in the blazing heat of Rajasthan. The track marks the second collaboration between Badshah and Jacqueline after last year’s controversial but popular Genda Phool. Badshah said that he only wanted Jacqueline to be a part of his latest track Paani Paani.