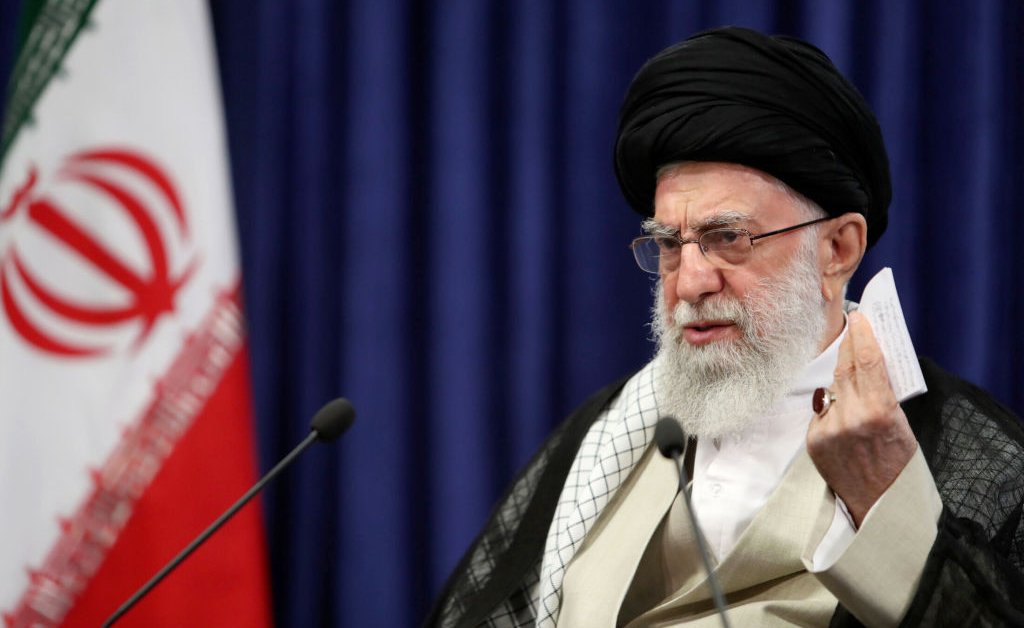 Iran’s elections will not only produce a new president, they will also mark the beginning of a new political system. But it’s not the kind the majority of the Iranian people have been hoping for.

Friday’s vote is set to trigger a transformation of the country’s political system, marking a new stage of the Islamic Revolution. This is not because the ballot itself actually matters. Elections in the clerical system are neither free nor fair. Rather, they are carefully orchestrated by the 82-year-old Supreme Leader Ayatollah Ali Khamenei and his Guardian Council, a body through which he handpicks the candidates.
[time-brightcove not-tgx=”true”]

However, even by the Islamic Republic’s standards, the extent of this year’s election engineering is unprecedented.

Previously, Khamenei would reluctantly permit a regime insider to run under the guise of a “reformist” agenda in order to “pre-heat the election oven,”as we say in Farsi, and encourage voting. Staging elections provided good optics to veil Khamenei’s Islamist regime under the cloth of the “Republic,” with images of Iranians queuing at the ballot box aiming to show the outside world how legitimate the system was.

This manufactured dichotomy, where hardliners squared off against so-called reformists, served Khamenei well for over 30 years. It gave a generation of young Iranians false hope of liberalisation in the late 1990s and encouraged the West to believe it could empower “moderates” by granting Tehran billions of dollars in sanctions relief as part of the nuclear deal in 2015.

Now, Khamenei has abandoned this tactic, aware that the reformist-hardliner game no longer has buy-in among Iranians—who are set to boycott the election en masse.

The boycott of the election is in part a result of Iran’s ailing economy, caused by a combination of the re-imposition of U.S. sanctions following the Trump administration’s exit of the 2015 nuclear deal, state mismanagement and rampant elite corruption.

As well as this, authoritarian repression has only increased under eight-years of the so-called reformist presidency of Hassan Rouhani. The Rouhani administration’s role in supporting and facilitating the violent suppression of the November 2019 anti-regime protests – which saw state security forces kill as many as 1,500 unarmed civilians – was the final nail in the coffin for the idea that the system can be reformed through the ballot box for ordinary Iranians.

Nevertheless, the ageing ayatollah is confident that his extremist support base can sustain his rule — and has judged that it is time to advance to the next stage of the Islamic Revolution.

The creation of an Islamic government

For Khamenei and his hardline Shia Islamist followers, the revolution which began in 1979 never ended, a concept the West has always struggled to comprehend. According to its ideology, the revolution was a means for Shia clergy to prepare for the long-awaited return of the Twelfth divinely ordained Shia Imam and descendant of the Prophet Muhammad. In the meantime, Iran’s supreme leader would act as his deputy.

For this to happen, in 2019, Khamenei launched a manifesto outlining his future vision, which involves installing a generation of young Khamenei loyalists across the government, to water down the regime’s “republican” aspects. Aware that factional faultlines may emerge after his death—perhaps causing the clerical regime to suffer the same fate as the Soviet Union—Khamenei is doing all he can to ensure his Islamist ideology outlives him.

As hardline cleric and Khamenei ally Mehdi Taaeb recently declared “we have now reached the stage for the purification of the Islamic Revolution.” The Guardian Council’s extensive election engineering reflects this; of 529 people who registered to stand, just seven candidates were approved. Only two have any chance of winning and shaping the new administration, and they share identical political agendas, ideological support bases and loyalty to the leader: Saeed Jalili, former hardline nuclear negotiator under Ahmadinejad, and Ebrahim Raisi, the current chief justice tipped as Khamenei’s choice to succeed him.

Even some within the regime’s elite are calling this an “appointment” rather than an “election”, speaking openly of the transition from an “Islamic Republic” to an “Islamic state”.

This Islamic state’s foundation will be the most loyal and committed section of Khamenei’s regime, which he trusts totally: the Islamic Revolutionary Guard Corps (IRGC), the regime’s ideological army. Last week, a senior IRGC commander, Mohammad Reza Naghdi, said openly that the goal of Khamenei’s predecessor and the leader of the Revolution, Ayatollah Khomeini, “was [in fact] to form an Islamic state.”

Against this backdrop, it is highly likely that IRGC members, who are drawn from the section of Iranian society which provide the bedrock of Khamenei’s support, will come to occupy the 850 senior political appointee positions that are up for grabs in the next administration: from ministerial roles to positions in local county and city politics. As a result, the IRGC will occupy the ‘deep-state’ while further entrenching itself within the ‘visible’ state, increasing its access to resources and power, as it did in Mahmoud Ahmadinejad’s presidency (2005-13).

The growing strength of the Revolutionary Guards

This broadening and expanding of the IRGC’s power will have ramifications both inside and outside Iran.

Internally, the Guard has already been in the vanguard of the so-called fight against Western “cultural invasion,” which has manifested itself in violent crackdowns on anti-regime dissent and the imposition of the regime’s Islamist order in Iranian society. The next stage will be to pursue a process of ideological purification throughout Iranian society. Saeed Ghasemi, the IRGC commander who boasted in 2019 about the Guard training Al-Qaeda fighters during the Bosnian war, has already threatened violence against anyone critical of this emerging order. Purges and violent repression of dissent on the streets can be expected.

The changes will also be felt outside Iran. For over three decades, Khamenei has used diplomacy and militancy to achieve his foreign policy goals. Until now, the former has been pursued by the Iranian government, with the IRGC executing the latter. In the new era that will follow Friday’s engineered elections, these two strands will be more closely co-ordinated, as they fall into the Guard’s hands.

In turn this will deliver more resources and greater support for the IRGC’s Quds Force, its extraterritorial branch formerly led by the late Gen. Qasem Soleimani, which built up and maintained a Shia militia network that stretches from Lebanon to Yemen.

We can expect the Quds Force to become much bolder in pursuit of the regime’s ideological and strategic objectives in the near future: from furthering Shia militancy in the Middle East to advancing its policy of “wiping Israel from the face of the earth”. The rise in Quds Force operations on European soil since 2015—infiltrating charities, for example, and educational institutions—suggests this threat is not confined to the Middle East.

These changes come as the U.S. ponders returning to the 2015 nuclear agreement, which would not only generate billions of dollars for Tehran from sanctions relief, but permit Washington to fulfil its proposed withdrawal from the Middle East. Influential voices in U.S. foreign policy circles consider these necessary steps towards ending the so-called “forever wars.”

There is every indication that Ayatollah Khamenei, whose revolution will not be complete until there is an Islamic world, has other ideas.