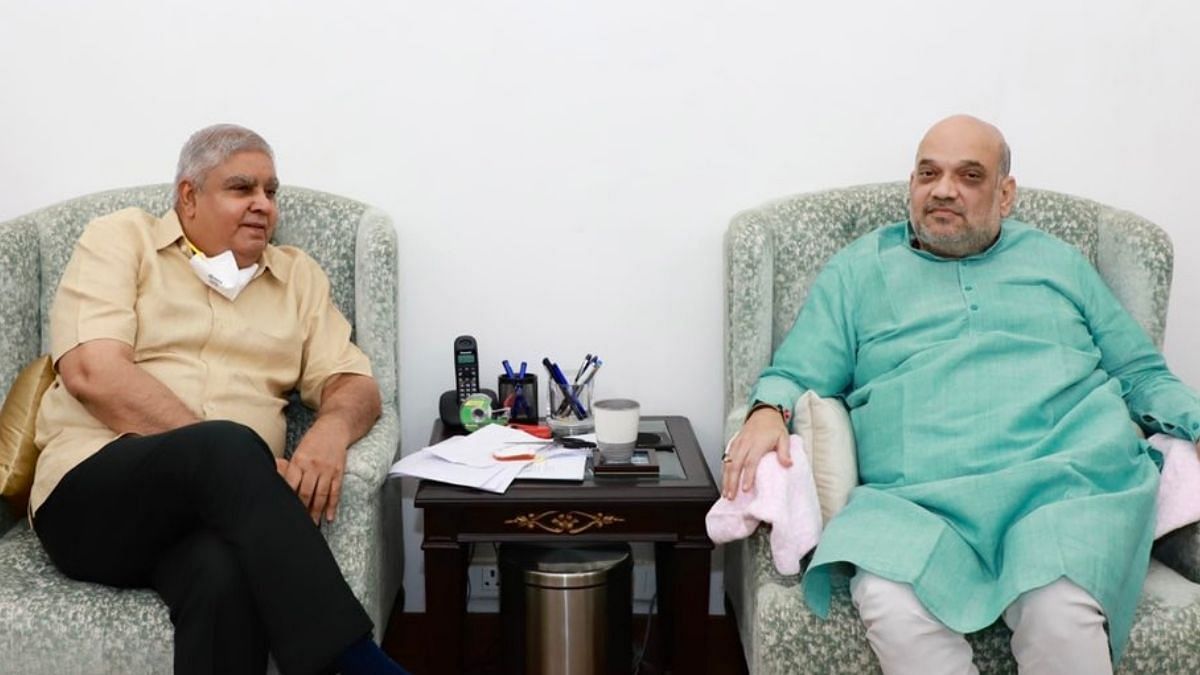 
New Delhi: West Bengal Governor Jagdeep Dhankhar on Thursday met Union Home Minister Amit Shah and is believed to have briefed him about the law and order situation in the state, where several incidents of violence were reported after the recent assembly elections.

This is the first meeting between Dhankhar and Shah after Mamata Banerjee retained power in West Bengal following the Trinamool Congress’ victory in the in the state assembly polls.

“The Governor of West Bengal, Shri @jdhankhar1 met Union Home Minister Shri @AmitShah,” tweeted the home minister’s office along with a picture of both Dhankhar and Shah.

Sources said the governor briefed the home minister about the prevailing law and order situation in West Bengal.

Dhankhar arrived in the national capital on Tuesday.

A day before his departure from Kolkata, a delegation of BJP MLAs petitioned him on the alleged deterioration of law and order in the state.

Dhankhar also wrote a letter to the chief minister accusing her of being silent over post-poll violence in the state and not taking steps to rehabilitate the suffering people.

He shared the letter on Twitter but the state home department criticised the move claiming that it was violative of all established norms.

Also read: Elections over, but no let-up in Governor Dhankhar’s ‘activism’ in Mamata’s Bengal