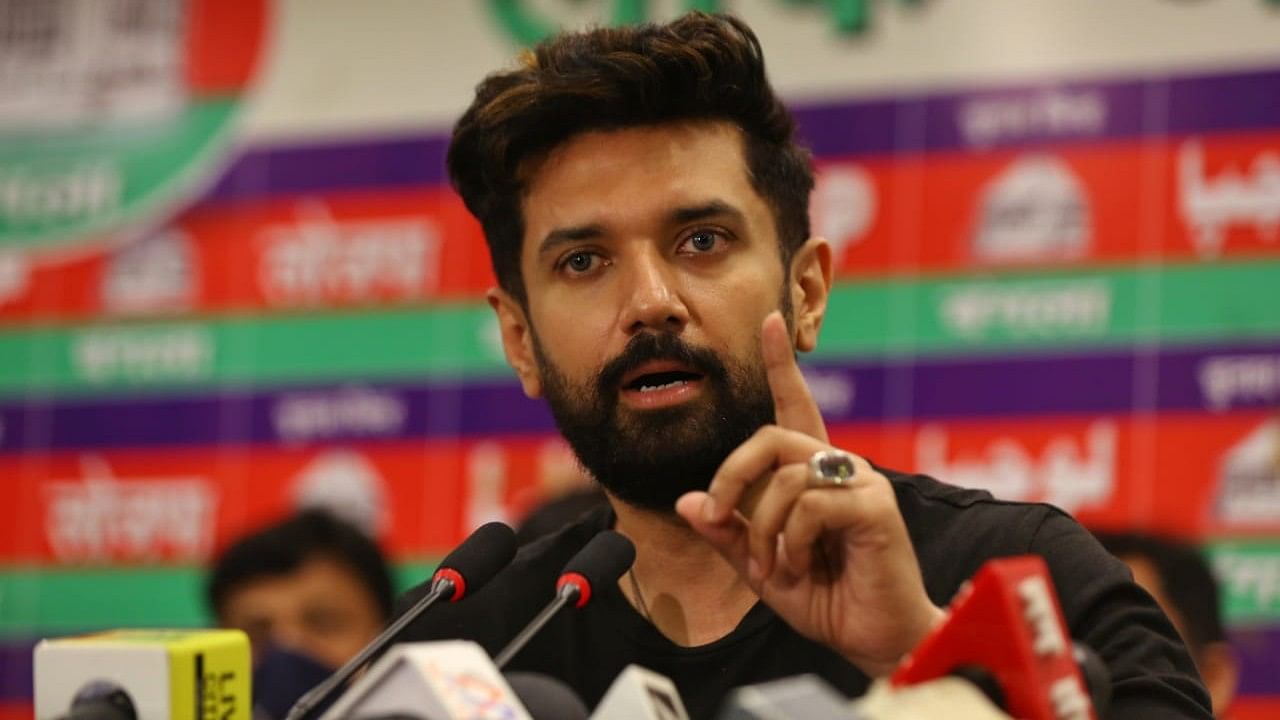 
New Delhi: Lok Janshakti Party leader Chirag Paswan on Wednesday blamed Janata Dal (United) for engineering the split in his party and rejected the decisions taken by the faction headed by his uncle Pashupati Kumar Paras, saying the party’s constitution does not authorise them any such power.

In his first interaction with media after the split in the party, he struck a combative note by describing himself as “sher ka beta” (lion’s son) and asserted that he will fight for the cause of the party founded by his father Ram Vilas Paswan.

While blaming the JD(U) for the split, he steered clear of questions regarding the role of the BJP in the development and added that what has happened is also an internal matter for which he will not target others.

It is going to be a long battle, he said, as the group headed by him fights the faction of five other party MPs, led by Paras, to claim ownership of the LJP.

The JD(U), he alleged, had been working to cause a split in the party even when his father was alive.

“A conspiracy was hatched behind my back while I was ill,” Paswan claimed.