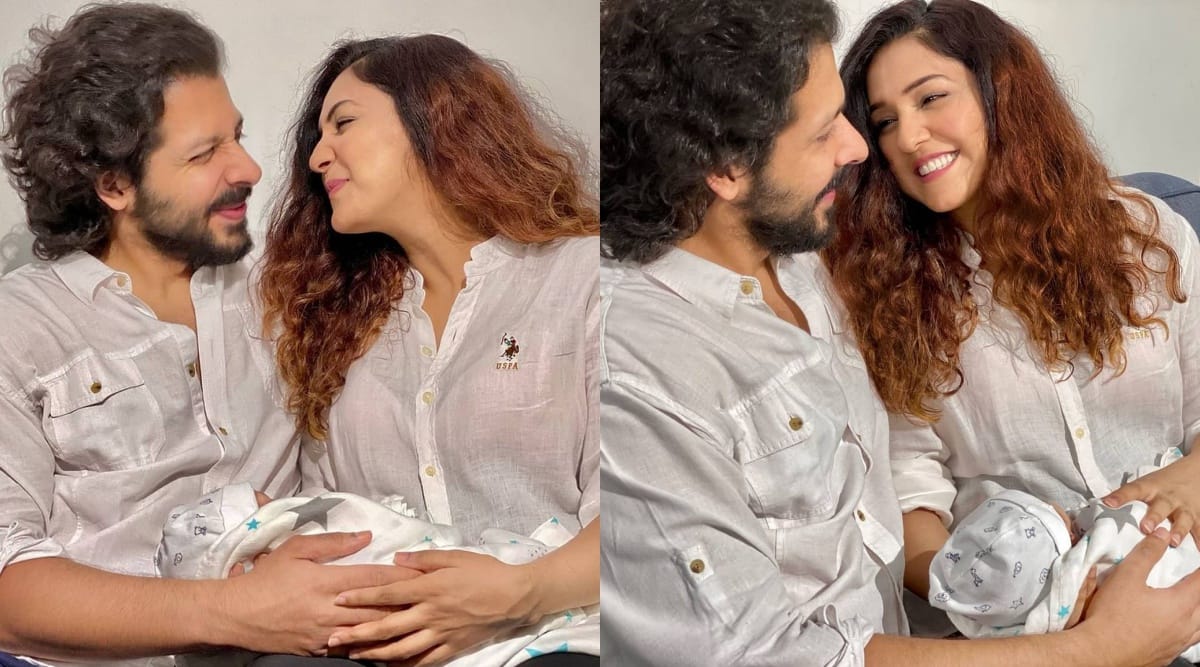 Singer Neeti Mohan and her actor-husband Nihaar Pandya were blessed with a baby boy earlier this month. Now, the couple has shared the first few clicks of their little one on social media, and they are everything adorable. They have also revealed the name of their firstborn along with the pictures.

In the first photo, Nihaar and Neeti held the hand of their son Aryaveer. In another photo, the new parents are filled with happiness as they twin with their baby in their white outfits. And, the last picture has Neeti and Nihaar looking at Aryaveer with a lot of love and affection.

Sharing the lovely pictures on Instagram, the couple wrote, “Holding his little hands is by far the most precious touch we have ever felt. ARYAVEER has chosen us as his parents. Couldn’t have felt more blessed than this. He multiplies the Happiness and sense of gratitude in our families manifold. Overjoyed and forever Grateful ❤️ @nihaarpandya.”

As Neeti posted the photos on Instagram, her close friend Harshdeep Kaur showered the little one with love and blessings. She commented on the post saying, “Hunar ka chhota veer “Aryaveer”😍 ❤️Lots and lots of love & blessings to you little one! You have brought so much joy to this world with you. And Nihaar & Neeti you are gonna be amazing parents ❤️.” Actors Anushka Sharma, Mouni Roy, Pankhuri Awasthy Rode and Aparshakti Khurana also sent love to the baby boy. Anushka congratulated the couple while calling them the “most beautiful people”.

Neeti’s sister Mukti Mohan promised to spoil her nephew as she commented on Nihaar’s post saying, “Awie my Aryaveer ❤️ aur uske mummy papa you are the most adorable parents to our Aryaveer ❤️ can’t wait to spoil you and go on various adventures in this life! Maasi loves you 🐣 my chippy!!”

Announcing the birth of his son, Nihaar had thanked Neeti for giving him a chance to teach his son everything he learnt from his father. In a long post on Instagram, the Manikarnika actor had written, “My Beautiful wife gives me the chance to teach our little boy everything my father has taught me. She continues to spread more and more Love into my Life each day. Most importantly, Neeti and our New born are both healthy and fine. Today on this Cloudy / Rainy day in Mumbai, We witnessed our ‘SON-rise’ .. With folded hands 🙏, The Mohan’s and The Pandya’s sincerely Thank God, the Doctors, family, friends and All well wishers are very kind for showering Immense Care, Love and Support on us Always. Thank you All 😇 Gratitude 🙏 @neetimohan18 #gratitude #blessed.”

Nihaar Pandya and Neeti Mohan got married in 2019. They announced their pregnancy in February.