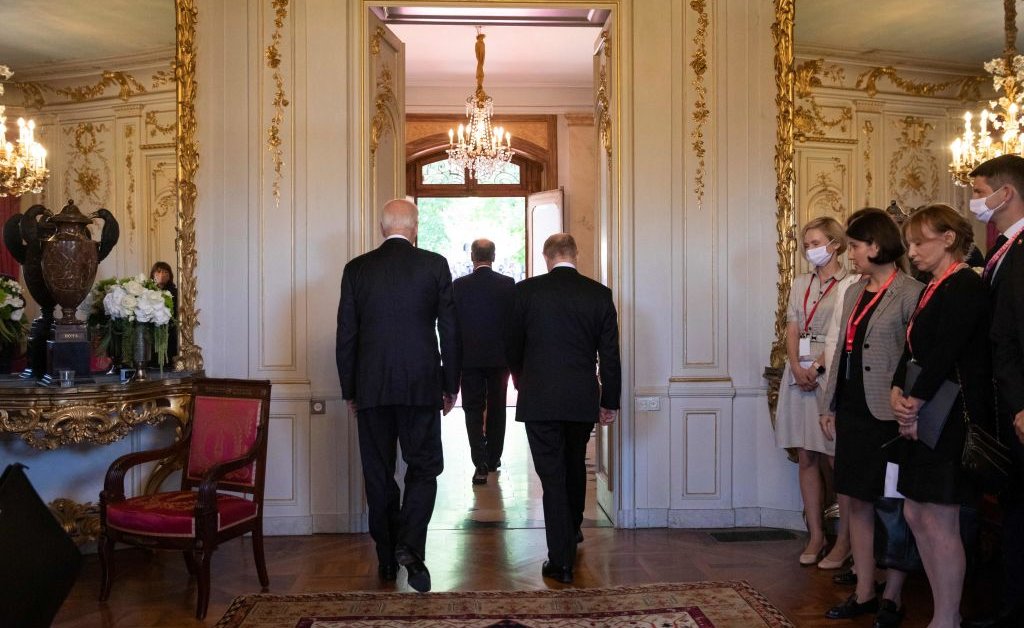 But the niceties largely stopped there. The two leaders didn’t share a meal. There were no walks in the woods around the stately, lakeside Geneva mansion where they met. After it was all over, they held separate press conferences. They even signed the guest book separately.

The two leaders had a meeting and spent over three hours talking, ticking through the points of friction in the troubled U.S.-Russia relationship and where they thought they might be able to work together. Then they went their separate ways.
[time-brightcove not-tgx=”true”]

That, Biden said, was by design. Before the meeting, officials in the Biden Administration had emphasized that Biden didn’t ask to meet with Putin as a reward for his bad behavior, or because he trusts the Russian autocrat to do better. They said Biden was meeting one-on-one with a leader who had meddled in American elections, tacitly approved costly and damaging cyber attacks in the U.S., and quashed freedom of speech and other basic human rights in his own country because of these problems, not in spite of them.

Biden came back to that point in his press conference after the Wednesday sit down. Though he characterized the meeting as ‘positive,’ he also emphasized several times that it wasn’t a friendly affair. “This is not a kumbaya moment,” Biden said, referring to the feel-good song popular in the 1960s. “This is not about trust. This is about self-interest, and verification of self-interest.”

That self-interest goes both ways, and for Putin, it means keeping Russia at the table of international powers. Russia’s economy is dragging and Moscow is increasingly isolated. Putin wants to reassert Russian power, and Biden is trying to leverage that to get Putin to reverse Russia’s instigations.

Biden spent the previous week lining up European allies to show a united front in delivering a message to Putin that if these aggressions continue, the U.S. will not be the only country to act. The President has often spoken during his five months in office that he believes the world is at an “inflection point” where democracies are being challenged by autocratic regimes like Russia and China, and democratic governments need to show that they can solve problems and respond to the changing challenges of the times.

Though the White House said it did not expect any deliverables to come out of the meeting, there was some progress in easing the relationship. Putin said the two agreed to move forward with reinstating each country’s ambassadors. Biden said the leaders agreed to deploy their staff to meet about nuclear weapons and rules of the road for cyber attacks.

The two leaders put out a terse, three-paragraph statement that noted the “United States and Russia have demonstrated that, even in periods of tension, they are able to make progress on our shared goals of ensuring predictability in the strategic sphere, reducing the risk of armed conflicts and the threat of nuclear war.”

Serious frictions remain, however. American citizens are still jailed in Russia. Putin didn’t budge on his imprisonment of opposition leader Alexei Navalny, nor did he account for Navalny’s alleged poisoning. Biden said it was a “ridiculous” for Putin to say rioters who broke into the Capitol building on Jan. 6 were voicing political grievances, as an example of the U.S. not respecting free expression.

Biden also handed Putin a list of 16 sectors of infrastructure he considers off limits from the kind of debilitating cyber attack like the ransomware hack on a major U.S. oil pipeline last month allegedly launched by criminals harbored by Russia.

He said he asked Putin what would happen if the U.S. launched a cyber attack that brought down Russia’s oil sector, which is critical to its economy. “When I talked about the pipeline that ransomware hit in the United States, I looked at him and I said, ‘How would you feel if ransomware took on the pipelines from your oil fields?’ He said it would matter,” Biden said.

But the U.S. President openly acknowledged that he didn’t know whether anything that transpired in Geneva on Wednesday would translate into a change of course on Russia’s part, “The proof of the pudding,” Biden said, “is in the eating.”