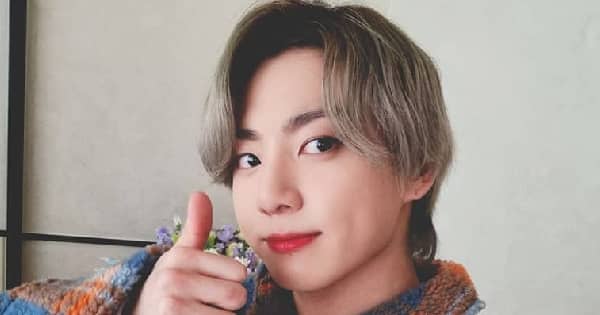 BTS members have a massive fan following. People are crazy about their singing, dancing and ofcourse, they styling. The K-Pop band songs will literally make you go crazy with their amazing songs. Each member of the group have a separate fan base and they all love their fans. Jungkook also is a fan of his fans and he proves it every time. In the last episode of BTS’s Bring The Soul docu-series, the members shared their final thoughts about the Love Yourself world tour, their staff, themselves, and more. Jungkook shared that while walking on the streets of Berlin, Jungkook crossed paths with a Korean ARMY. Also Read – BTS: You’ll be zapped to know about the most expensive things owned by Jungkook, Jimin, J-Hope and more

And like a star, instead of passing her by, he briefly stopped to shake her hand. The staff looked alarmed at first but they had nothing to worry about. The delighted fan thanked Jungkook then let him be on his way. Jungkook shared that he felt the need to greet her. After all, they’re from the same country. BTS is one of the most popular bands. It seems they are also one of the richest if we go by their possessions. They own some swanky vehicles, lavish homes and many other things. Jungkook seems to be a real estate lover. According to reports, he owns a home worth Rs 51.4 crore in Itaewon, South Korea. These band boys have managed to won million hearts with their charming personalities. Well, recently a British magazine has released names of the most popular K-pop idols in the world. Also Read – BTS: Kim Taehyung’s #Taechwita memes reach Bollywood; Shah Rukh Khan’s DDLJ, Mohabbatein, Kabir Singh get hilarious spin

Nubia Magazine, a British magazine has issued a list of top 10 K-pop idols in the world. BTS’ V tops the chart followed by Jungkook. V’s fan following is like no other in the history of K-pop and his fans are all across the globe. In the magazine, it was mentioned that V “wants to crash the internet with his fame and popularity”. The list even mentions BTS’ Jungkook at the second position, J-Hope at the sixth position, and Jimin at the fourth place. Also Read – BTS: Kim Namjoon aka RM’s personal studio proves he’s a connoisseur of the fine arts — view pics