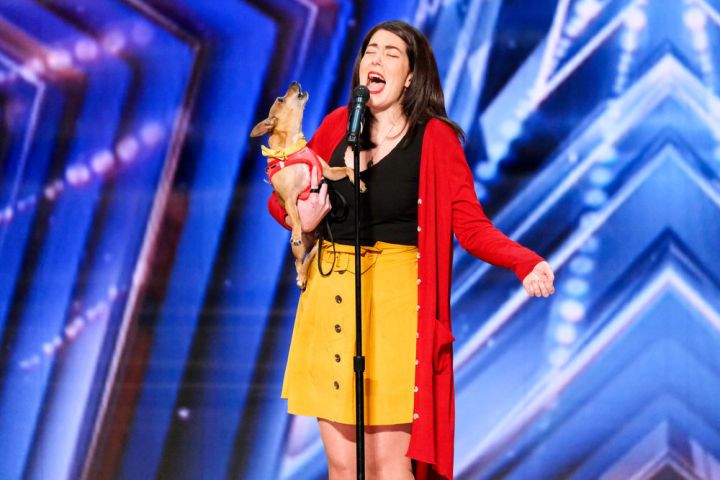 Dog acts have long been a staple on “America’s Got Talent” — let’s not forget that Olate Dogs won the seventh season back in 2012.

On Tuesday’s edition of “AGT”, viewers met Pam and her adorable little dog Casper. Casper, however, is no garden-variety Canine, with Pam revealing he’s a “singing dog” who will be performing a duet with her.

“I’ve always said, if you could find a dog that could sing, you’d make a fortune,” Simon says (he’s serious).

After a few more questions from the judges, Pam advises Casper that she’ll take the verse and he’ll join in for the chorus before launching into Eric Carmen’s “All By Myself”.

When she hits the “All by mysellllllf…” part of the song, Casper begins yowling along, bringing all four judges into hysterics of laughter and, by the song’s end, to their feet for a standing O.

“That was one of the most adorable things I’ve seen in a long time,” Sofia Vergara tells Pam, while Howie tells her that Casper’s the real star of the act, and maybe he needs to go solo.

The duo receive four yes votes, so viewers will be seeing more of Pam and Casper in the weeks to come.